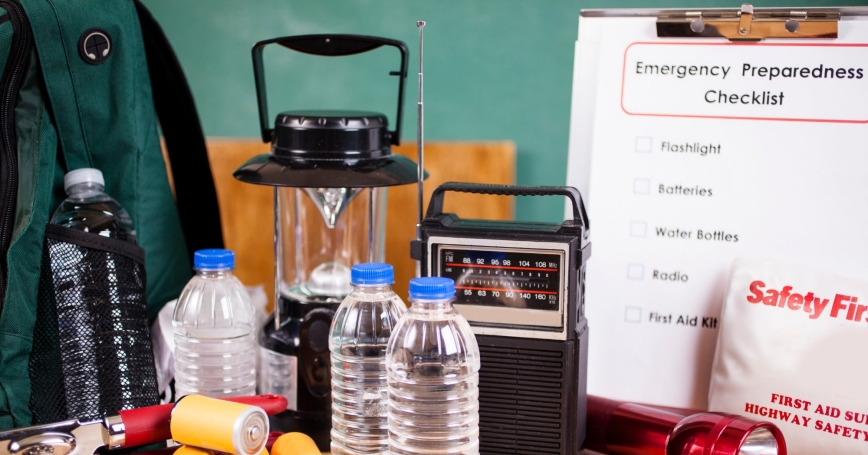 "Have an emergency plan for your family.” "Expect to be on your own for three days." "Stock a disaster kit with water, food, basic medical supplies, and prescription drugs. Include extra clothes, a flashlight, and a battery-powered radio." "Be sure you know what your community's disaster plan is."

This is the kind of advice public health officials have been giving the public since 9/11. But the public isn't listening. Four years after Hurricane Katrina, only slightly more than half of those responding to a survey by the Federal Emergency Management Agency reported that they had any kind of emergency preparedness kit in their homes. Other national surveys report similarly dismal findings.

Given the recent spate of highly publicized disasters, why don't more Americans pay attention? As we argue in a recent issue of Disaster Medicine and Public Health Preparedness, the messages they are getting are largely based on unverified assumptions, not hard evidence. Equally concerning, these assumptions may inadvertently hinder preparedness. Here are five examples.

Assumption 1: Prepared, self-reliant citizens are the foundation of a resilient community. Some disaster preparedness experts argue that urging individuals to look out only for themselves undermines and undervalues the importance of community networks.

Assumption 2: There have been lots of disasters so it's irrational not to prepare. Although slightly more than half of all Americans have experienced at least one emergency in their lives during which they had to evacuate their home or live without utilities for at least 3 days, this is not a top-of-mind concern. Currently, public messaging about preparedness is mostly web-based so the public has to look for information—it isn't pushed out to them.

If they go looking for information on the Web, they'll find that the reading level of most preparedness web sites is much too high. (The recommended reading level for printed information to reach a mass audience is 4th grade.) And experiences from recent disasters such as Hurricanes Katrina and Rita revealed that current emergency preparedness plans are inadequate to address the unique issues of special needs populations—e.g., the disabled, the elderly, racial and ethnic minorities, and people with limited English or reading proficiency. RAND recently constructed a tool kit to help state and local health agencies improve their preparedness activities for these populations.

Perhaps most important, about two-thirds of Americans don't believe that they will be on their own after a disaster—they think that first responders will arrive within 72 hours. Many low-income individuals—the group usually hardest hit by a disaster—don't have enough money to stock a disaster kit or a place to store it.

Assumption 4: Citizen preparedness campaigns are informed by evidence. They aren't. Recommendations for what goes into a disaster kit or even how preparedness should be measured are largely based on opinion. RAND experts recently examined some of the challenges of measuring preparedness.

Assumption 5: Surveys of buying and planning activities are useful to gauge citizen preparedness. There are multiple public surveys designed to help officials understand what "predicts" desirable preparedness behavior. But how useful to a public official is knowledge that the number of community members who own a first aid kit has increased by 5 percent?

Clearly, individuals need to be prepared for disasters. But the history of disaster recovery teaches us that time and again, neighbors are the true "first responders." In large-scale events, much of the vital rescue work—giving first aid, getting the injured to the hospital, providing food and shelter—is done by friends and neighbors who are themselves disaster victims. This suggests that efforts to promote preparedness should go beyond encouraging individuals to stockpile supplies to include basic skills in helping others. Although some worry that well-intentioned bystanders can get in the way of professional first responders, this is rarely a concern in disasters.

We need to rethink how we promote and measure preparedness Rather than promoting a strong and resilient nation, the current emphasis on individual preparedness has fostered public apathy. We need real information on what works and what doesn't as a foundation for public education and outreach going forward. As outlined in a recent RAND publication that looks at preparedness 10 years after 9/11, everyone has a role to play in public health emergency preparedness, response, and recovery.

Lori Uscher-Pines is a RAND researcher, Anita Chandra and Joie Acosta are RAND behavioral scientists, and Art Kellermann is vice president and director of RAND Health.