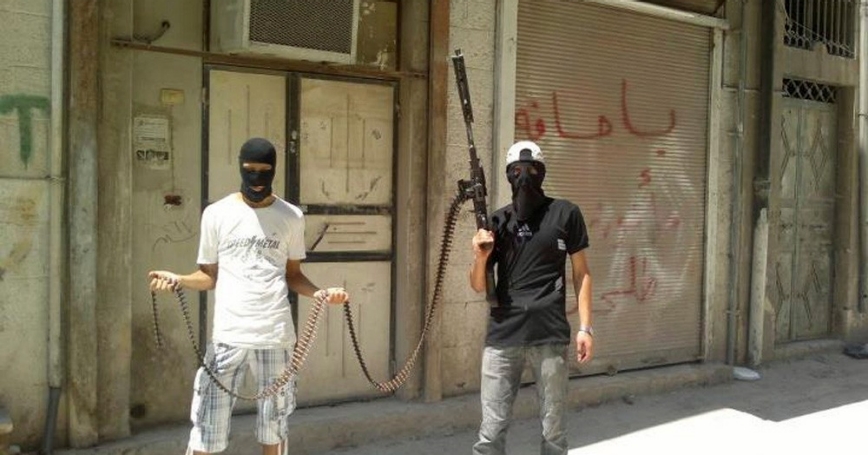 The United States and its allies should consider opening a second front in the Syrian war. In addition to helping end Bashar Assad's rule, there is a growing need to conduct a covert campaign against al Qaeda and other extremist groups gaining a presence in the country.

While al Qaeda makes up a small part of the resistance movement, its strength appears to be rising. Since last December, al Qaeda has conducted roughly two dozen attacks, primarily against Syrian security service targets. Virtually all have been suicide attacks and car bombings, and they have resulted in more than 200 deaths and 1,000 injuries. According to estimates from one intelligence service in the region, al Qaeda has doubled its ranks to at least 200 full-time operatives—veterans of the Iraq jihad, small numbers of foreign fighters, and local extremist recruits.

Al Qaeda's presence appears to be growing in several cities, especially Aleppo, Damascus, Deraa and Idlib, where the group has established cells. Its leadership structure is headed by Abu Muhammad al-Julani, a veteran jihadist.

What explains al Qaeda's rise? One factor is the draw of a new jihad—smack in the middle of the Arab world. While roughly three quarters of Syria's Muslims are Sunni, the government is ruled by a minority Alawite sect. For Sunni extremist groups like al Qaeda, such a government in Sunni territory is unacceptable.

Al Qaeda in Syria (often operating as the "Al Nusra Front for the People of the Levant") is using traffickers—some ideologically aligned, some motivated by money—to secure routes through Turkey and Iraq for foreign fighters, most of whom are from the Middle East and North Africa. A growing number of donors from the Persian Gulf and Levant appear to be sending financial support, according to U.S. Treasury Department officials I interviewed.

In addition, al Qaeda in Iraq has provided important direction and support. Since 2003, Syria has been the primary transit hub for foreign fighters headed to Iraq. Now the tables have turned. Al Qaeda in Iraq, led by Abu Bakr al-Baghdadi, has apparently sent small arms and light weapons—including rifles, light machine guns, and rocket propelled grenades—to its Syrian contingent. It has also sent explosives experts to augment the Syrian contingent's bomb-making capabilities, plus fighters to boost its ranks.

Julani and other al Qaeda leaders in Syria have begun to establish an organized political and military structure. They have appointed a management council, set up a headquarters and created regional networks with military and religious leaders to run operations, manage cross-border activity, and procure weapons and other supplies.

The danger is clear. Assuming Assad's regime eventually collapses, a robust al Qaeda presence will undermine transition efforts and pose a major threat to regional stability. With U.S. troops now gone from Iraq, al Qaeda in Iraq has increased its attacks to nearly 30 per month, up from roughly 20 per month during the past two years. And this week Matthew Olsen, director of the National Counterterrorism Center, testified to Congress that al Qaeda in Iraq even poses a growing threat to attack the U.S. homeland.

What can be done? The U.S. and its allies should launch a covert campaign to ramp up intelligence-collection efforts against al Qaeda, capture or kill its senior leaders, and undermine its legitimacy.

Some Syrian oppositionists have become alarmed at al Qaeda's activities, according to government officials from the region. These rebels appear concerned that al Qaeda's growing involvement will jeopardize their badly needed international aid and muddy their goals. After all, al Qaeda seeks to establish an extreme version of Shariah law that is eschewed by most members of the Free Syrian Army.

Some might fear that a second front would create fissures within the Syrian opposition just as the Assad regime is teetering, but this view is short-sighted. The stronger al Qaeda becomes in Syria, the more difficult it will be to destroy in the future.

In the end, the easiest aspect of the Syrian war may be overthrowing the Assad regime. Much like Iraq, Afghanistan and even Libya, the most difficult part is what comes next. Targeting al Qaeda and other extremists is a good place to start.

Mr. Jones, associate director of the International Security and Defense Policy Center at the RAND Corporation, is author of "Hunting in the Shadows: The Pursuit of Al Qa'ida Since 9/11" (Norton, 2012). He previously served as a senior adviser in U.S. Special Operations Command.

This commentary originally appeared in The Wall Street Journal on July 27, 2012. Commentary gives RAND researchers a platform to convey insights based on their professional expertise and often on their peer-reviewed research and analysis.