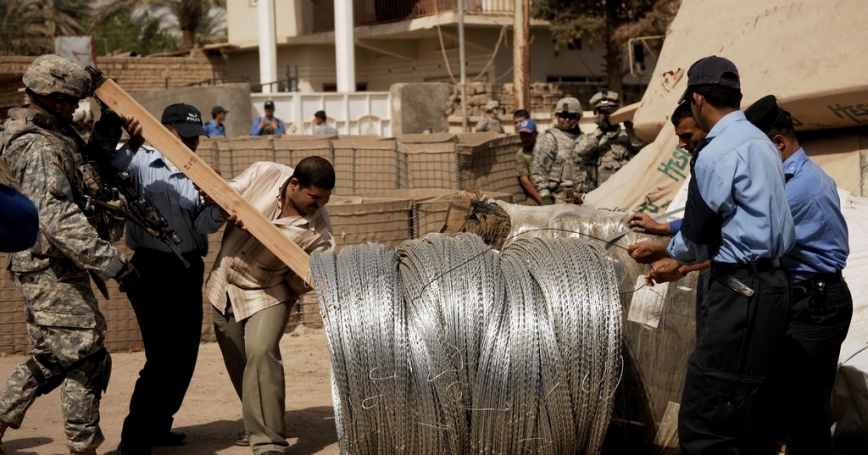 A new audit of Iraq reconstruction spending underlines the fact that effective help for a nation in conflict, or a conflict winding down, isn't merely a question of resources. It also requires a deployable infrastructure to manage the spending.

The "Final Forensic Audit Report on Iraq Reconstruction Funds," published last week by the Special Inspector General for Iraq Reconstruction (SIGIR), found evidence of internal control weaknesses affecting the spending of more than $51 billion in appropriated funds, confirming what many previous SIGIR studies have found over the years.

The shortcomings included "inadequate reviews of contractor's invoices, poor inventory controls, poor recordkeeping, insufficient price competition by subcontractors and weak oversight of cash distribution." Many of the deficiencies were caused—or aggravated —by insufficient numbers and inadequately trained staff, along with high staff turnover in the war zone.

Casual observers may think most or all of the "reconstruction" funding for Iraq was assistance designed to rebuild Iraq's economy, increase electricity production, construct health care facilities, or upgrade water supplies and sanitation. In fact, well over half of the $51.4 billion in appropriated funds covered by the SIGIR's "Final Forensic Audit" was used to build Iraq's security capabilities, such as training and equipping its Army, Navy, and Air Force, creating a more modern police force, and building judicial and corrections facilities. The internal control weaknesses identified by SIGIR were as much within the DoD contracting chain as they were within the State Department's or USAID's.

And while the U.S. made major contributions in rebuilding Iraq's economy after 2003, Iraqis have been investing much more (both relatively and in total dollars) since 2007 than the U.S. and other donors, which is appropriate. In some notable cases, U.S. funding focused on building financial and governance capabilities that enabled the Iraqis to spend their own money more quickly and effectively. Nevertheless, the Iraqis still struggle to execute their budgets and to contain corruption. Iraq's economy is now one of the fastest growing in the world, and the country's growing oil exports (largely achieved by their own efforts and agreements with foreign firms from all over the world, rather than American assistance) have eclipsed those of Iran, to the benefit of global oil markets.

When I served as assistance coordinator in Iraq, I considered SIGIR to be our in-house management consultant, as well as the auditor Congress intended it to be. SIGIR's intrepid staffers lived and worked with us and made many very apt observations. We applied SIGIR's suggestions to improve the effectiveness of our assistance. As time went on in Iraq, U.S. assistance was better coordinated with the Iraqi Government at all levels, and made more use of Iraqi firms as suppliers. We focused on governance and promoted the private sector, efforts that continue today.

As America considers undertaking such post-conflict stabilization efforts in the future—as SIGIR itself pointed out in its 2009 book "Hard Lessons"—it should be better at mobilizing from the outset professionals for responsible contracting (and oversight) of assistance funding, including security assistance. The U.S. should also be paying attention to perverse incentives and, above all, work closely with ministries, provincial officials and local communities. At times the apparent political urgency of reconstruction combined with a counter-productive emphasis on spending rates can distort efforts, to our longer-term regret.