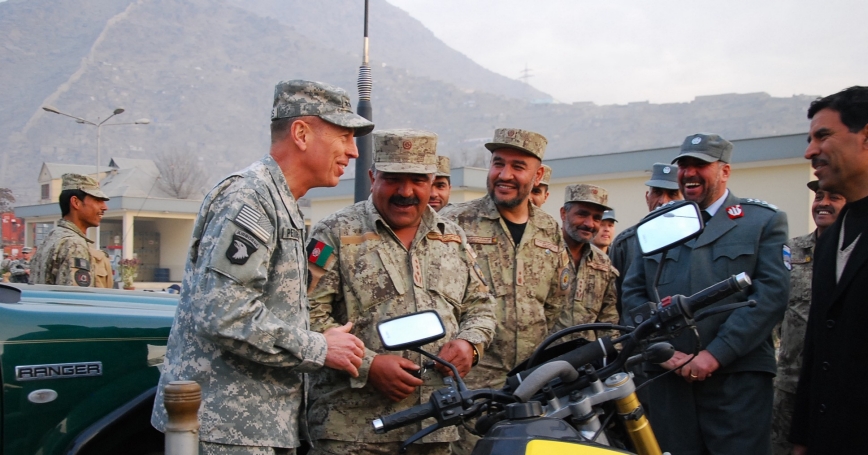 The following is an excerpt from Olga Oliker's July 18, 2012 testimony to the House Armed Services Committee titled, "Security Force Development in Afghanistan: Learning from Iraq."

Another important lesson of recent experiences in Afghanistan and Iraq lies in the area of police development and, more broadly, the justice sector overall. Militaries are not effective means of building the sorts of police forces that post conflict societies want and need. However, the United States and most of its allies lack the capacity to deploy substantial numbers of police trainers to develop police in their own image. Nor, as the military experience shows, is that necessarily the right approach.

Today, as withdrawal looms, the United States and its partners should work with the Afghans to define what sort of police development can be realistically envisioned for Afghanistan, and devote resources and assistance to developing that into the future. The same holds true for the justice sector, without which no law and order can develop. This is a long-term proposition, and not one that can be resolved before forces are withdrawn. Early efforts to build security forces in both Iraq and Afghanistan were limited and proved woefully inadequate.

Those elements of the US government responsible for foreign security force development in 2001, the State Department in the case of police and the Special Operations community in the case of foreign militaries, were simply not scalable to the degree needed to build largely from scratch the security forces of two, or even one medium sized state. Nowhere in the US government was there the capacity or the expertise needed to build foreign security forces on the scale needed in either of these countries.

Over time, as efforts in both countries scaled up, capabilities were developed, although as noted, substantial gaps remained in regards to police development. It will be important, as the U.S. commitments in Iraq and Afghanistan wind down, that the expertise to conduct security force development on this scale now developed not be lost, that ways be found to fill the capability gaps that remain (such as for police development), and that an expandable capacity be retained somewhere in the US national security establishment, one capable of rapidly surging to fill such requirements should the need one day re-arise.

Finally, one of the key differences between Iraq and Afghanistan highlighted above is one of native resources. As I already noted, Iraq's energy wealth means that Iraq will be able to sustain its own forces. Afghanistan quite simply cannot afford the security forces it needs, even at a very minimal level. This means that if Afghanistan is to continue to maintain and develop its security forces, it will need continuing financial and security aid. Another lesson from the Soviet experience: Soviet advisors had a very low opinion of their Afghan counterparts. Many were convinced (as was the Afghan leadership) that Najibullah's government and forces would collapse soon after Soviet forces withdrew. In fact, they lasted until Soviet aid stopped, with the collapse of the USSR.

There is reason to think that, despite the substantial concerns about the quality and capability of Afghan security forces today, with continued resourcing, they are sufficient to at least continue to combat the present threat. The question is whether or not they will have that resourcing. The international community has pledged such aid, but pledges have to be met. Recent history in both Iraq and Afghanistan shows that what is delivered often falls substantially short of what is pledged.