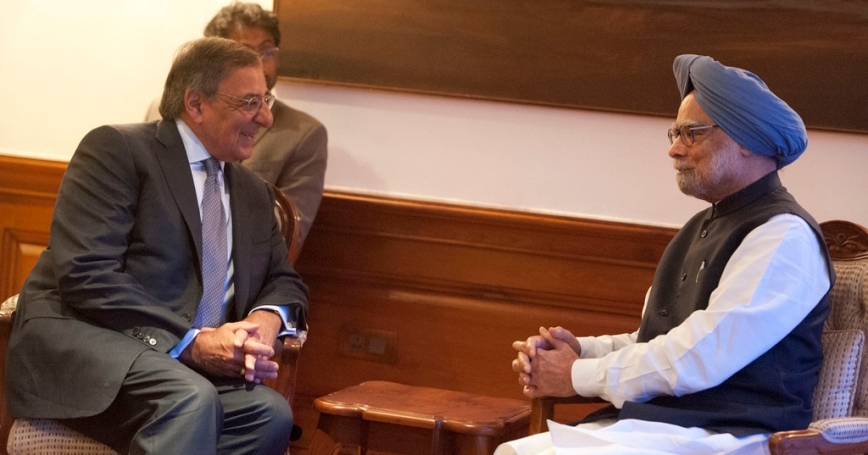 by Larry Hanauer and Peter Chalk

During their visits to India over the past two months, both US Secretary of State Hillary Clinton and Secretary of Defence Leon Panetta reiterated President Barack Obama's 2012 statement that Washington's relationship with New Delhi will be "one of the defining partnerships of the 21st century". While they sought to enhance cooperation on a range of issues during their visits, the most significant proposal that emerged was Panetta's recommendation that India play a more robust role in Afghanistan, particularly by training the country's nascent military and police forces.

Not only does this suggestion represent a significant shift in the US policy away from Pakistan, but it also indicates that American policymakers have concluded that New Delhi has more to contribute to Afghanistan's internal stability than Islamabad does. India also has a direct stake in deepening its engagement with the Hamid Karzai government—both to advance important political, economic, and strategic interests and to help bolster its status as a leading regional power....

The remainder of this op-ed can be found at hindustantimes.com.

Larry Hanauer and Peter Chalk are authors of the forthcoming book, India's and Pakistan's Strategies in Afghanistan: Implications for the United States and the Region. They are senior international policy analysts at the RAND Corporation, a non-profit, non-partisan research institution.

This commentary originally appeared in Hindustan Times on July 11, 2012. Commentary gives RAND researchers a platform to convey insights based on their professional expertise and often on their peer-reviewed research and analysis.