Syria's Chemical Weapons, and Beyond 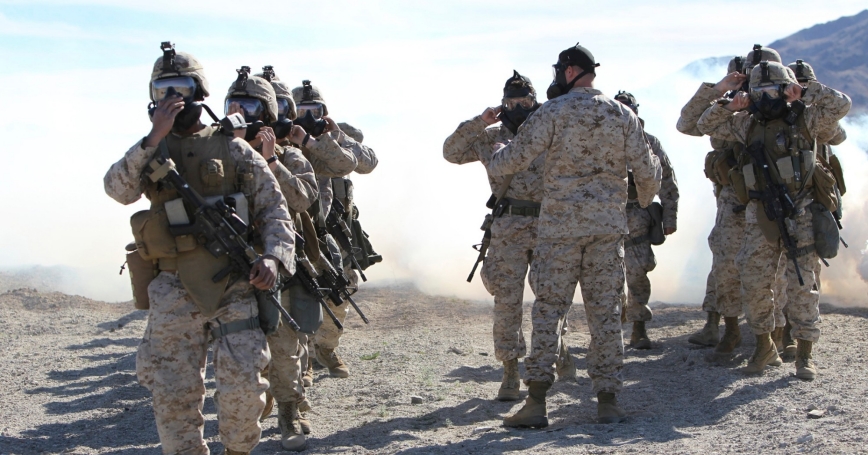 A few days after the new Department of Defense strategic guidance was unveiled early this year, news reports said CENTCOM estimated that securing Syrian chemical weapons in the event of regime collapse could require some 75,000 troops. If such missions are likely and will actually require such large commitments, it raises the question of whether the mission of countering weapons of mass destruction (WMD) ought to be considered more thoroughly in determining the overall capacity of the force.

While not as deadly on a scale comparable to nuclear weapons, chemical weapons are considered weapons of mass destruction for good reason. Moreover, the list of states known or suspected to have chemical weapons includes those that have adversarial relations with the United States, are not members of the 1993 Chemical Weapons Convention and, as the events in Syria have shown, are susceptible to collapse and civil strife. In these cases, chemical weapons remain a consideration that can affect both the size and timelines of military operations.

Operations at the end of the First Gulf War provide a sense of the scale of the chemical weapon problem. The U.N. Special Commission supervised the destruction of tens of thousands of filled and unfilled chemical munitions, 295 metric tons of mustard gas, and 116 metric tons of tabun and sarin nerve gases. Even with Iraqi cooperation of a grudging sort, finding, collecting, and destroying these items took years.

For Saddam's Iraq, today's Syria, and other nations that have envisaged waging tactical chemical warfare, one has to think in industrial-scale terms. The chemical stocks are likely measured in hundreds of tons, distributed to multiple sites for strategic and safety reasons, and protected by units particularly loyal to the regime. Disposing of them is likely to require industrial-scale destruction operations that would require industrial facilities and time.

The urgency of securing such materials during operations was highlighted by an incident in the second Iraq War.

In October 2004, the interim Iraqi government reported that nearly 400 tons of high-quality explosives under International Atomic Energy Agency supervision prior to the U.S. invasion had vanished from an industrial facility at Al Qa'qaa during the American occupation. In 2003, the Al-Qa'qaa industrial area covered about 28 square kilometers (10.8 square miles) with more than 1,000 structures engaged in multiple military-related activities. Within the facility, the IAEA had identified and secured with its seals bunkers that contained about 195 metric tons of HMX, 141 metric tons of RDX, and 5.8 metric tons of PETN - all high-grade military explosives with dual-use potential for explosive compression in a nuclear device (which was why they had been under IAEA supervision).

American forces fought through the area in the first week of April 2003, dispersing whatever Iraqi forces had guarded the facility. The site was unguarded until the 75th Exploitation Task Force arrived at the end of May. In the intervening weeks, the explosives, along with virtually everything else of value in the facility, had disappeared with successive waves of looters - many of whom arrived with cranes and trucks. Quite possibly, the looters were insiders who knew what they were taking and exactly who might be interested in high-quality, dual-use explosives.

The lesson: Only an adequately sized, fast-arriving security force able to protect themselves could have prevented the most grievous losses. And while explosives may be identifiable by their storage (and IAEA seals) without special training, more ambiguous materials in other settings would require experts to distinguish the relevant from the mass, and specialist units to safely handle the materials. The personnel required, as in the reported CENTCOM estimate of 75,000 for Syria, would be substantial, and might be required for some time.

The worst case outcome of letting even relatively small amounts of military-grade chemical weapons get into the wrong hands is suggested by the 1995 Tokyo subway nerve gas attacks that killed 13. The Tokyo attack was carried out with less than 10 kilograms of low purity agent and crude dispersal techniques. This was not a WMD on the scale of a nuclear weapon, but large by the standards of terrorist actions and magnified by its ability to terrify, as shown by the panicked thousands who sought treatment without having been exposed to the agent. Terrorists with military-grade materials could do much more.

There are two large implications to be drawn for such situations.

One, the potentially dire consequences of proliferation in such circumstances is an additional reason to avoid conflict. Every possible effort toward peaceful resolution and proliferation avoidance, even to the extent of offering safe passage and immunity to reprehensible characters in order to buy the safe transfer and control of such materials, is worth consideration.

Two, if conflicts are to be fought in such situations, the certainty that such materials will be present should affect the design and scale of the operation to ensure that a conflict waged to prevent nuclear proliferation does not contribute to the transfer of chemical weapons into dangerous hands. The implication of recent experience suggests this may require both more personnel and more time on the ground than we would like.

This commentary originally appeared on The RAND Blog and GlobalSecurity.org on July 25, 2012. Commentary gives RAND researchers a platform to convey insights based on their professional expertise and often on their peer-reviewed research and analysis.