What It Would Take to Intervene in Syria 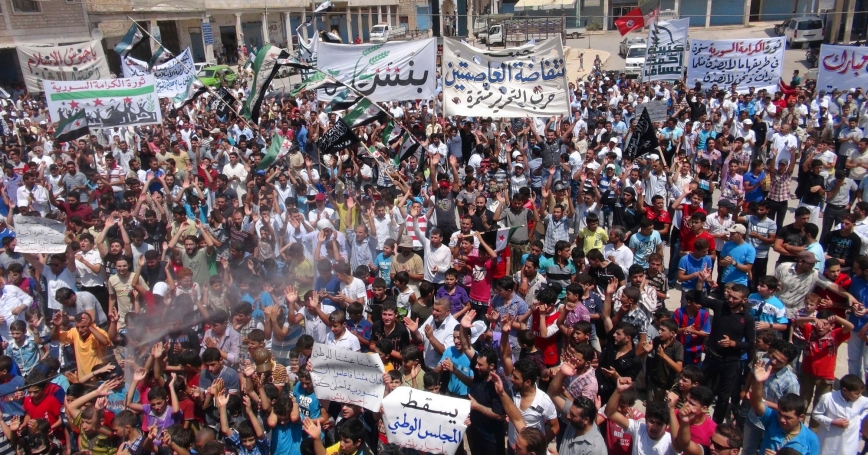 The pressure for military action in Syria continues to mount: the death of Syrian Deputy Defense Minister and other members of Assad's inner circle last week, diplomatic and military defections from the regime since, an intensifying refugee crisis, and a rising death toll. The crisis clearly entered a new phase with the regime's implicit threat to use chemical weapons in the event of an intervention, a threat the United States, Israel, the Arab League, Russia and the European Union have all denounced.

The regime now appears to be using both attack helicopters and fixed wing aircraft in its struggle to push the rebels back from the key cities of Damascus and Aleppo. Meanwhile, reports indicate al Qaeda fighters are streaming into the country. Assad may be on his last legs, or he may hold on. In either case, the trajectory is toward a nasty civil war fought outright or by proxy among all of Syria's neighbors.

If ever there was a moment when intervention seemed likely, we have reached it. The strategic and humanitarian rationales are greater, perhaps even than they were 15 months ago in Libya, when NATO chose to carry out an air campaign to help rebel forces oust Qaddafi.

But this does not mean it will happen.

One of the key lessons of last year's intervention in Libya was that the international community acted when three conditions held: there was strong regional support, legal sanction from the UN Security Council, and a military strategy that promised to have a positive impact on the ground. Obama administration officials have repeated these criteria since.

Right now, however, only the first of these three criteria has been met: regional support. (Even that is weaker than in Libya if one considers Iran and Hezbollah as important parts of the strategic landscape of the region.)

NATO has acted in the past without a UN Security Council resolution. But without a further significant deterioration—the use of chemical weapons, for example—it appears unlikely to do so in Syria. And NATO secretary general Anders Fogh Rasmussen recently said that NATO will not intervene. (Of course, less than two weeks prior to the start of the bombing in Libya, Rasmussen said that NATO had "no intention" of intervening in Libya.)

In Libya, the United States rightly resisted pressure for a no-fly zone in the early weeks of the revolt on the grounds that it would have almost no impact on Qaddafi's efforts to snuff out the revolution. Only when a civilian protection mission that allowed for much stronger air-ground campaign against the regime became possible did NATO take action.

Despite the pressure to do something, a realistic military option with a prospect of having a significant positive impact on the crisis has yet to emerge with Syria. Options involving small special operations teams might address the threat of chemical weapons proliferation to Hezbollah, as well as the growing presence of al Qaeda. But to deal with the looming possibility of all-out civil war and ethnic cleansing, the small footprint used in Libya is unlikely to be enough. It might help the rebels defeat Assad. But it would do little to deal with the chaos that is likely to emerge after he is gone.

This commentary originally appeared on The RAND Blog and GlobalSecurity.org on July 27, 2012. Commentary gives RAND researchers a platform to convey insights based on their professional expertise and often on their peer-reviewed research and analysis.