Abandoning the Euro Would Devastate Greece 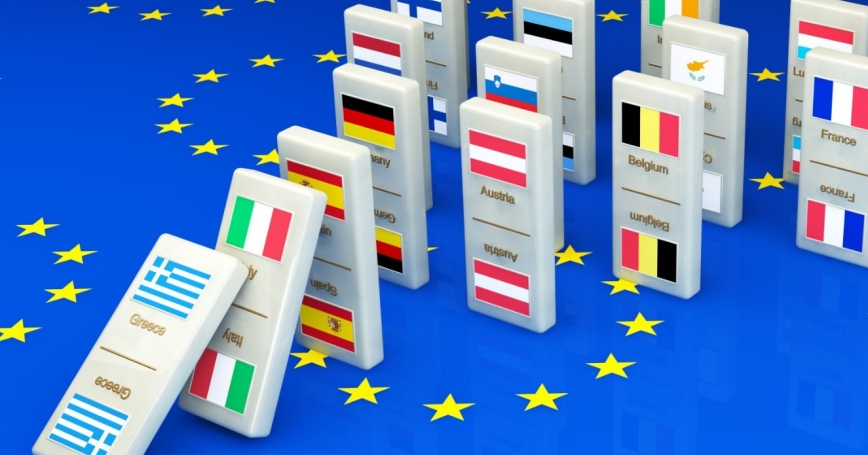 The new Greek government continued its high-wire act this week, selling $5 billion of treasury bills while still struggling with budget cuts and a downward-spiraling economy.

Despite the 80 percent net present value "haircut" imposed in February on private-sector holders of Greek government bonds, and despite several previous rounds of austerity measures, including a 20 percent cut in private and public-sector wages, pension cuts, and tax increases, Greece is not yet raising enough revenue to meet its downsized expenditures, let alone debt service.

Preoccupied with the bigger challenge of a Spanish banking crisis, European partners who rallied (in 2010, 2011, and earlier in 2012) may have less financial capacity or political commitment to provide additional help to Greece in the months ahead. On July 22, German Vice Chancellor (and Free Democratic Party leader) Philipp Roesler said that the sense of "horror" at the prospect of Greece leaving the euro "is fading."

But if Greece cannot meet its current obligations, and remains frozen out of credit markets, would its best option be to depart the euro and establish a new currency, perhaps called the "new drachma" or continue to use the euro, as do Montenegro and Kosovo, even though it is excluded from the operations of the European Central Bank?

A forced departure from the euro, whether "orderly" or otherwise, would be devastating to Greece and its people. Real incomes and the value of financial assets would fall by as much as the new drachma's value sank against the euro and other world currencies. A drop of 30 to 50 percent seems quite possible. Inflation would surge as prices for the panoply of imported goods needed by Greece's small open economy increase apace with the devaluation (if not more to account for risk of further devaluation and financing difficulties). Throughout the economy there would be contract disputes, as domestic and foreign creditors holding euro-denominated contracts with Greek firms and individuals seek to enforce them, and debtors seek to pay in new drachma. Such disputes would clog the courts and inevitably reach the European Court of Justice (years later). Some parts of the economy would benefit: tourism, for example, and exports to the extent their domestic costs (mainly wages) fell in real terms. But even these sectors would see costs for necessary imported inputs sharply rise, limiting the benefit.

The most important "what if" associated with Greece leaving the euro would be the public policy response. Would a Greek political system, which has been unable to meet austerity requirements imposed by the European Union and the International Monetary Fund for large bailout packages, do better at reducing public expenses and raising revenues on its own? Or might Greek politicians take short-term populist measures like public-sector wage indexation (even though it would aggravate inflation and impose even more of the adjustment costs on the private sector)? What sort of monetary policy would the Greek government pursue? Would it be "accommodating" to restart growth? If so, Greek inflation would rise even faster, and foreign investors (including Greeks who have been moving assets out of the country for the last several years) may be loath to return, even to acquire devalued assets such as real estate that may look cheap.

Is there an alternative to departure from the euro for Greece to take even if EU and IMF support falters? One alternative might be for Greece to default on its sovereign debt obligations and triage its public expenditures to match revenues, but remain within the euro. This would be equivalent to a bankruptcy by a local government within the same currency area (think Stockton, California). Public-sector employees, pensioners, and those dependent on public services (hospitals, public safety, transportation) would suffer income or service cuts. The economy would continue to sink, and deflation would likely set in, as in the 1930s depression era. The European Central Bank (which now holds about half of Greece's sovereign debt as a result of previous rescues) may try to retaliate against Greece's bankruptcy within the euro by cutting Greek banks off from access to European Central Bank emergency credit facilities. In that case, Greek private- and public-sector banks would likely fail (and certainly would experience runs, which the government could do little to prevent).

But in a bankruptcy scenario, there would be fewer public-policy options for the Greek government. It would be forced to live within the constraints of current revenues, forcing additional changes to union agreements and pensions, while curtailing resources available for public safety and the military. Faced with such severe fiscal stringency, a Greek government might have more domestic support (including from affected employees) for privatizing the electricity, gas, telecommunications, and lottery companies, and in tackling restrictive guild rules that still protect truckers, pharmacists, notaries, and other well-connected sectors. It would indeed be shock therapy, but if the political system survives, it may emerge stronger as compared with the devaluation scenario, which may be based on an illusion that Greece could define its own reality.

Consideration of such dire what-if scenarios makes it clear Greece is best off doing whatever it takes to remain on the rescue program prescribed by the European Union and the International Monetary Fund, while tackling on its own the structural constraints to growth. Devaluation does not offer many advantages to small, open economies in the modern, interconnected global economy and is especially dangerous if it leads to irresponsible public policies (as has happened in Argentina).

It may be tempting for Greeks to blame their predicament on Northern Europeans, investment bankers, or others. But with courage and commitment to addressing their structural ills, they could emerge stronger and more capable of broadly based growth. It is a great country that has endured even more existential challenges in its long history.

Charles Ries is vice president, international, at the RAND Corporation, a nonprofit, nonpartisan research institution. He was the U.S. ambassador to Greece from 2005 to 2007.

This commentary originally appeared in U.S. News & World Report on August 17, 2012. Commentary gives RAND researchers a platform to convey insights based on their professional expertise and often on their peer-reviewed research and analysis.