Bernanke Knows a Good Investment When He Sees One 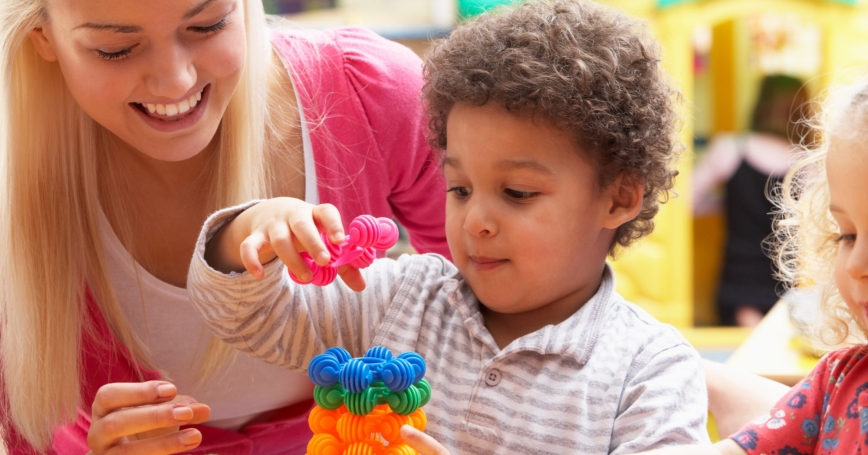 In a recent speech, Ben S. Bernanke, chairman of the U.S. Federal Reserve System, made the case that early education programs, especially those serving disadvantaged children, are one of the best investments that society can make in its future. Chairman Bernanke cited the confluence of research across diverse fields—including studies by RAND on the economic returns to early childhood investments—that has documented the importance of investing early in children's learning.

Experts in child development have long known that the earliest years of a child's life are a critical period of development across a range of domains: physical, socio-emotional, behavioral, and cognitive. Advances in brain science further demonstrate that there are important physiological processes taking place, starting in utero and continuing through the first years of life, that shape the neural networks in the brain responsible for cognition, emotions, and executive function. This process of early development lays a critical foundation for school readiness and educational progress in elementary school and beyond. These strands of research have prompted leaders in government, education and business to take notice of policies that support or hinder children's development during these critical early years.

Although parents naturally serve as children's first teachers, the increased labor force participation of women and the growing prevalence of single-parent households has meant that children increasingly spend time being cared for in a home or center-based setting by someone other than their parent before they reach school age. For example, as of 2005, half of all two-year-olds were regularly cared for by someone other than their parent, a figure that rose to about 80 percent as of age four. The time spent with other caretakers represents both a challenge and an opportunity. The challenge is that we know that the quality of the care settings children are in matters for their development—poor quality settings can limit children's social, emotional, and cognitive development. The opportunity is that the time spent in high quality care and early learning settings can actually promote development, especially for children who otherwise might not be in home settings that offer rich environments for language development, emotional regulation, and other areas of growth.

Indeed, research shows, for example, that differences in developmental milestones between children from high- and low-income families appear as early as nine months and those differences widen further as children reach the age when they start kindergarten. We also know that the groups of children who start behind in kindergarten are the same groups of children whose achievement in math and reading lags as they progress into the elementary grades. School achievement gaps are eventually manifested in higher rates of school dropout and diminished labor market prospects.

As Chairman Bernanke pointed out, the good news is that we have a growing research base demonstrating that high quality early childhood programs can make a difference in supporting positive development for children. Effective programs include those focused on providing parent education through home visiting and other supports, as well as center-based early learning programs. Rigorous evaluations show that children participating in these programs are better prepared when they enter kindergarten, are more likely to succeed in school, have better performance when they enter the workforce, and are less likely to draw on public resources from welfare to criminal justice.

This combination of gains in both the short term and longer run generates a stream of economic benefits for the participating children. Taxpayers gain as well from having more productive members of society. As a result, effective programs have been shown to generate total benefits to society as high as $10 for every dollar invested. Especially in a time of fiscal restraint, that is a bottom line that Chairman Bernanke—as well as policymakers at the federal, state, and local level—can appreciate.

Lynn A. Karoly is a senior economist at RAND.