Changing of the Guard in Egypt 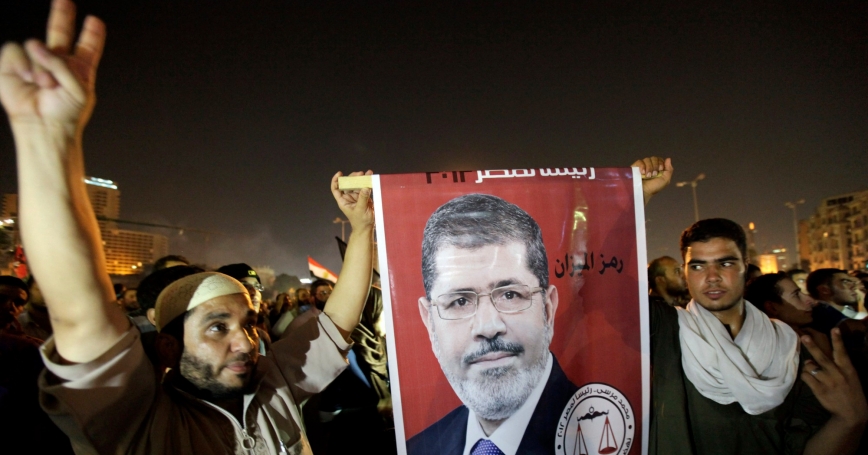 Egyptian President Mohamed Morsi replaced his top military leaders on Sunday, a move that has dramatically altered the governing dynamics in Egypt.

It is now clear that that there was a split within Egypt's military leadership. The new Minister of Defense, Col. Gen. Abdul Fatah al-Sisi, and the new Deputy Minister of Defense, General al-Assar, worked with Morsi to undercut former defense minister Mohammed Hussein Tantawi and former army chief of staff Sami Anan.

The moves could have proved perilous for the Egyptian president. But by retaining Tantawi and Anan as his advisors, Morsi signaled that the pair will not be prosecuted for events that occurred after the revolution. This is significant, because Anan and Tantawi could have used the possibility of their prosecution to rally support within the military against Morsi.

The timing of these moves suggests this was pre-emptive. Tantawi and Anan's positions had weakened after Egyptian soldiers were killed at the Sinai crossing last week. Morsi took the opportunity to challenge a decree of the Supreme Council of the Armed Forces (SCAF) that limited presidential powers, and fired the head of Intelligence Chief, the Governor of Sinai, and the Commander of the Military Police. That the removal of Egypt's top brass occurred so soon after Morsi's first, and fairly limited, challenge of the SCAF's decree, suggests that Tantawi may have been planning severe retribution for Morsi's actions concerning Sinai.

Two important questions remain: Who had the legitimacy to do what? And what does this mean for the role of the Muslim Brotherhood going forward?

It is not clear if Morsi had the authority to fire his defense leadership given that, according to the SCAF's constitutional decrees, the military has responsibility over all military affairs. Although Morsi is the elected leader and has popular legitimacy, the SCAF obtained the authority to issue such decrees by way of a popular referendum in 2011. I expect the debate to continue focusing on the lines of authority, both with respect to Tantawi and Anan's removal and in going forward.

As for the Muslim Brotherhood, there is nothing stopping Morsi from shaping institutions to serve its main goal of Islamicizing Egyptian society. I doubt that Morsi will give up complete legislative control to the parliament, because the Brotherhood has so far gone back on every political promise it has made to secular groups.

Morsi's moves were certainly dramatic, and he may not be done. He has "decreed" that he has the right to select the next Constituent Assembly—deciding the constitution—if this one fails or is disbanded. The drama in Egypt is far from over.

This commentary originally appeared on The RAND Blog and GlobalSecurity.org on August 14, 2012. Commentary gives RAND researchers a platform to convey insights based on their professional expertise and often on their peer-reviewed research and analysis.