Gate Crashing the Opposition: Why Washington Should Leave Regime Change to the Iranians 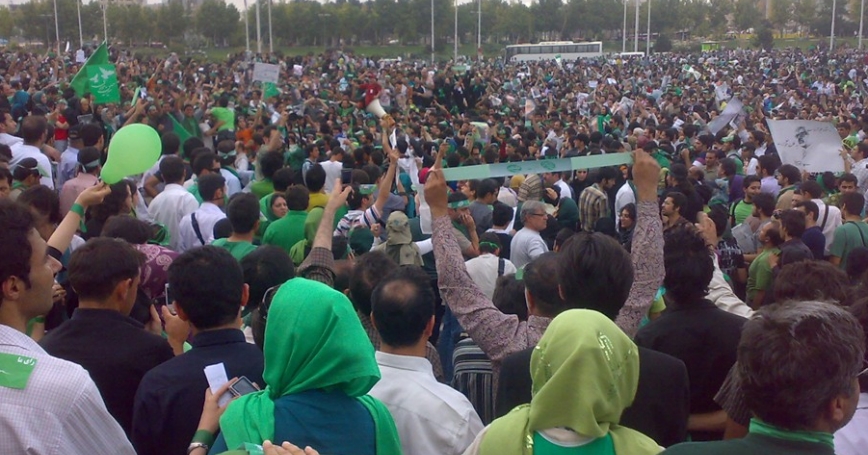 by James Dobbins and Alireza Nader

In his July 31 article "Tehran Takedown," Michael Ledeen, Freedom Scholar at the Foundation for the Defense of Democracies, argues that both threatening war and continuing to impose sanctions are unattractive options for Western governments' responses to the Iranian nuclear program. Ledeen instead proposes that the United States promote regime change in Iran in order to topple the current system and to replace it with more moderate figures. Ledeen is right to urge U.S. support for democratic change in Iran, but wrong in several of his key assumptions.

For one, Ledeen asserts that sanctions failed in Iraq and therefore won't work in Iran. That is incorrect: they succeeded in pushing Saddam Hussein to stop all work on his weapons of mass destruction programs and to destroy what weapons he had already built. Similarly, sanctions are raising the cost of the nuclear program for the Iranian regime and damaging its prestige at home and its influence abroad. Iranian leaders might not be willing to scrap their nuclear program, but they have not yet decided to build actual nuclear weapons. The mounting sanctions are likely making them even warier.

Some of Ledeen's assumptions about the state of the Iranian opposition and the United States' ability to support it are also flawed. As he correctly asserts, Iran has the key ingredients to help create a more democratic political system—a young, educated, and politically active population with a large middle class that wants to be part of the global community. The United States will not, however, be the instigator of democratic revolution in Iran. The struggle for a democratic future will be shaped by Iranians; they will win or fail largely on their own.

The best—and, at this point, almost the only—concrete thing Washington can do to advance democracy in Iran is to support those transitions already underway in Tunisia, Egypt, Libya, and, particularly, Syria. The United States has greater access and influence in these countries than it does in Iran. Meanwhile, Iranians remain plugged into the world. They will closely watch the rest of the region and will want to emulate any successful transitions that take place around them.

As Ledeen notes, there is some convergence between the interests of Iran's democrats and those of the United States. To build on that overlap, the United States should emphasize human rights in Iran more than ever before.

Still, there are many points of divergence, especially between the United States and the reformist leadership. Soon after protests began in response to the disputed 2009 presidential election, many demonstrators began to call not only for new elections but for the creation of a new secular state, the Iranian Republic, to replace the theocracy established in 1979. The reformist leaders, namely Mir Hossein Mousavi, a former prime minister, Mehdi Karroubi, a former speaker of parliament, and Muhammad Khatami, a former president, would not have any of it. They wanted reforms but did not envision replacing the odd mix of theocracy and democracy that they helped create. And so more revolutionary changes, such as an overhaul of the Iranian constitution, were for them off the table.

Mousavi and Karroubi still believe in the Islamic Republic; they simply view Supreme Leader Ayatollah Ali Khamenei as a Caesar who has subverted the republic that they helped create by monopolizing power at the expense of elected institutions. Khatami has even sought an accommodation with the regime. By casting a vote during the March 2012 parliamentary election, he demonstrated that he still believes in Iran's political process; his act has reportedly disappointed many followers of the reformist movement. Mousavi, Karroubi, and Khatami are not pro-American by any stretch of the imagination. True, they have criticized the Iranian regime's nuclear policy as being reckless. But at the core of their beliefs are the leftist ideologies that were predominant in Iran from the beginning of the revolution, resistant to what they see as American and Zionist imperialism. Once in power, these reformers might adopt policies more consistent with U.S. interests. But they would hardly be the proxies for the United States that many Americans imagine them to be.

Moreover, the opposition that the three men lead is in disarray. Mousavi and Karroubi cannot shape political discourse while under house arrest. The average antiregime Iranian might not even view the Green Movement troika as effective, or as representative of his or her interests. And many dissidents simply no longer believe in the Islamic Republic, whether it is ruled by Khamenei, Mousavi, or Khatami. They want a formal separation of religion from state and a more transparent and accountable political system. What is more, they appear to resent the regime's support for militant proxy groups such as Hezbollah and Hamas. As Ledeen points out, slogans at a protest in Iran included, "Don't talk to us about the Palestinians, talk about us." In that respect, the average Iranian might seem a useful ally in the struggle against the Islamic Republic....

James Dobbins is a former U.S. assistant secretary of state and is director of the International Security and Defense Policy Center at RAND. Alireza Nader is a senior policy analyst at RAND.

This commentary originally appeared on Foreign Affairs on August 22, 2012. Commentary gives RAND researchers a platform to convey insights based on their professional expertise and often on their peer-reviewed research and analysis.