Lessons of 1st Carmageddon in L.A. by the Numbers 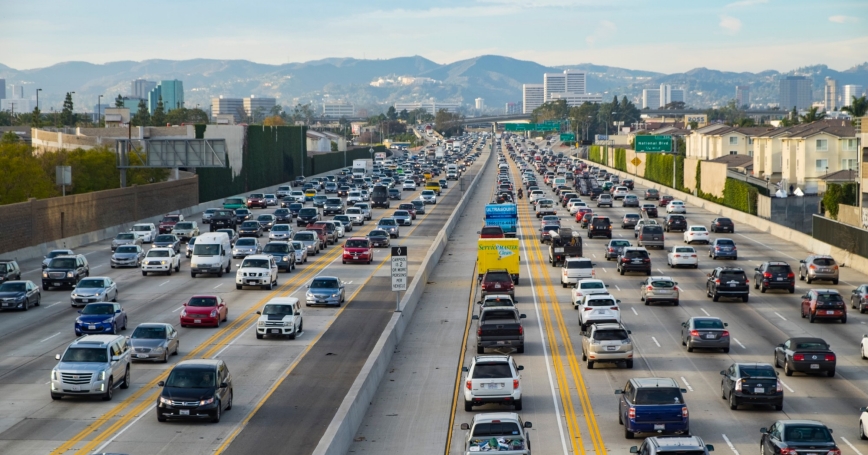 In 2010, Los Angeles began planning for the weekend closure of a 10-mile stretch of the 405 Freeway linking the Westside to the San Fernando Valley in July 2011. During the closure, contractors demolished the southern half of the Mulholland Drive Bridge in the Sepulveda Pass.

The closure was widely publicized and public officials sounded messages of hope that Angelenos would pull together to minimize the negative effects. With the second closure a few weeks away in late September, we should consider what was learned from the first.

So how did the roughly 300,000 travelers who traverse the affected stretch of the San Diego Freeway each day respond? There was a 61 percent decrease in traffic volume heading northbound on the 405 toward the West L.A. closure on Carmageddon Saturday, compared with a typical summer Saturday. Southbound traffic on the 405 in the San Fernando Valley dropped even more: 73 percent.

Traffic did not simply take detours around the closure. In virtually every location we examined, traffic levels were way down along potential Carmageddon detours. On the Ventura Freeway just north of the closure, westbound traffic volumes were down by 43 percent, and eastbound by 45 percent. Likewise, traffic leaving the 101/405 interchange was down 34 percent in the west/northbound direction and 31 percent east/southbound.

Drivers also did not shift from private cars to public transit. Metro Route 761 served as a direct alternative to the closed segment of the 405, and it experienced a statistically significant decline in ridership during the Carmageddon closure of between 9 percent and 24 percent (a range based on estimated ridership).

Patronage was down between 15 percent and 30 percent on 18 other bus routes that ran near the closure.

There was no evidence of shifts in the time of travel to days or hours before or after the closure. Traffic was no higher in the days before and after the Carmageddon weekend than it had been on other summer Thursdays, Fridays, Mondays or Tuesdays. As the weekend progressed, the realization that roads were less congested than usual led to gradual increases in traffic.

Responses to Carmageddon were dramatic but short-lived. Travelers responded to information they received before (stay away) and during (it's not so bad) the event by adjusting their travel behavior.

Because there is no evidence that substantial numbers of travelers took detours around the closure, shifted to public transit, or shifted their usual travel to before or after the closure, the vast majority of people who would have traveled through the Sepulveda Pass must have chosen not to attempt the journey over the hill at all. Weekend trips are more discretionary than weekday ones, and it appears that hundreds of thousands of trips were entirely forgone.

These findings have important implications for the forthcoming sequel to Carmageddon in September. It will again be important to provide travelers with full information, but it is unlikely that dramatic messages of fear of a traffic nightmare will have the same effect a second time.

Rather than threatening that the closure will be a mess, messages appealing to citizens' public spirit that Los Angeles can pull together again to make the closure go smoothly are more likely to resonate because they are consistent with past experience.

Hopeful messages are far more likely than fearful messages to help the community prepare for Carmageddon II. At least we hope so.

Martin Wachs is senior principal researcher at the RAND Corp. and professor emeritus of transportation engineering and urban planning at the University of California, Berkeley. Brian D. Taylor is professor of urban planning at UCLA's Luskin School of Public Affairs and director of the Lewis Center for Regional Policy Studies and the Institute of Transportation Studies.

This commentary originally appeared on LA Daily News on August 2, 2012. Commentary gives RAND researchers a platform to convey insights based on their professional expertise and often on their peer-reviewed research and analysis.