Parents: That Summer Job Could Be Teaching Your Youngster to Smoke 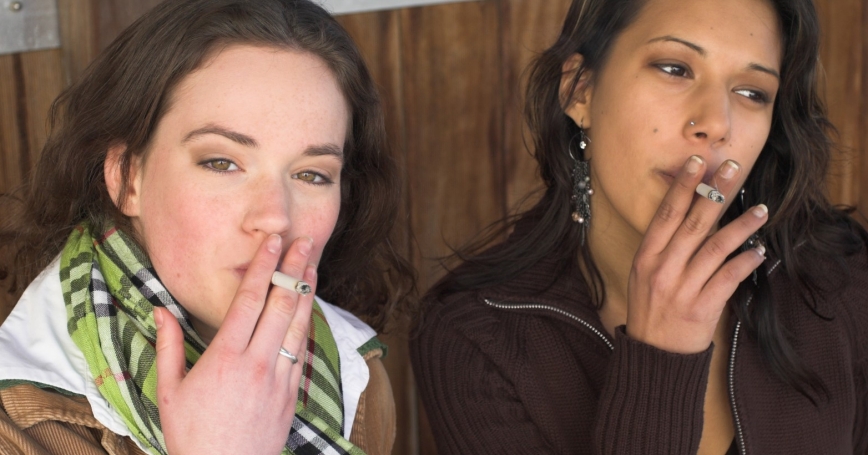 School is back in session, and if you're a parent of a high-school student there's a 25 percent chance (PDF) that your child wants to take on the added responsibility of having a part-time job. You're probably proud of your child's decision, and you should be—having a job can instill a sense of work ethic, timeliness, and responsibility that is likely to reap benefits in the future. However, you should also be aware that if your son or daughter is a non-smoker, your child is at increased risk for starting to smoke cigarettes when he or she starts working part-time during the school year.

In 2007, my research in Baltimore found that youth who started working were nine times more likely to start smoking than those who do not. Similar findings have now been shown in Egypt and Taiwan, and in the most recent issue of the Journal of Adolescent Health I comment on a similar finding in the Republic of Korea. I suggest that workplaces across the world that rely on a teenage workforce, like supermarkets and fast food restaurants, need to do a better job protecting young people from starting to smoke. This includes enacting policies to ensure these establishments and the area around them are smoke-free, and for public health researchers to develop interventions geared specifically for young workers and delivered in the places where they work.

But parents also play a critical role in preventing their kids from smoking. If your children are working this school year, ask them how they are spending or how they intend to spend their earnings and try to teach them financial responsibility so that they see the value of saving money for larger-scale future purchases rather than short-term smaller purchases like a pack of cigarettes. When you ask them what they do at work, ask them also who they work with and whether their older co-workers take smoke breaks. If their co-workers are doing these things, encourage your children not to join them; and if they do, instill in them the confidence they need to resist the offer of a cigarette.

Our most recent surveillance data suggest that 20 percent of American high school students smoke. If we are to be serious about reducing the disease and death caused by tobacco, we need to drive this number down. Young workers are largely absent from most prevention activities to date, which must change. The workplace, though a seemingly unlikely gateway to smoking, can be a place for fruitful interventions and reductions in youth smoking rates.

Rajeev Ramchand is a behavioral scientist at the nonprofit, nonpartisan RAND Corporation.