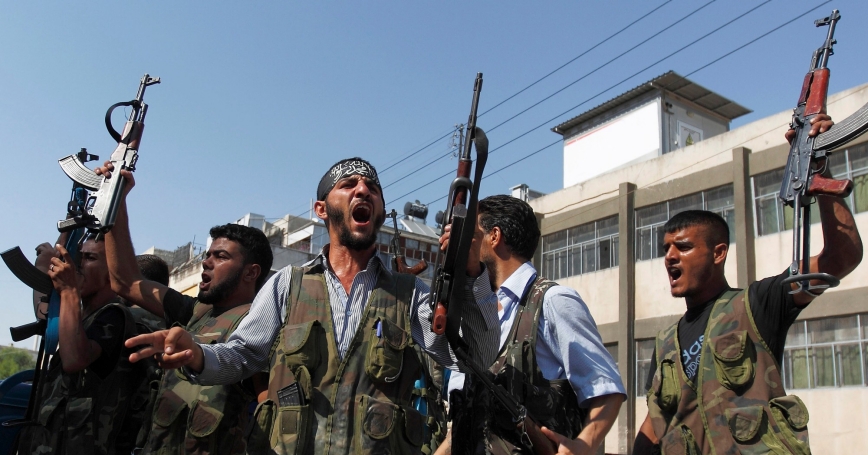 Like Iraq, Syria is a country divided by religion and ethnicity, held together by a brutal regime that is drawn from a minority element of the population, which has, in turn, profited at the expense of the majority. As in Iraq, the minority will not cede power easily, while at least some elements of the majority will see the demise of the regime as payback time.

And like Iraq, Syria also has a large Kurdish population, which will seek to take advantage of the regime's fall to gain greater autonomy for its people and region. Should a three-way civil war follow post-Assad regime, it would drag in Turkey (against the Kurds), Iraqi Kurdistan (for the Kurds), Iran (for the Alawites), Saudi Arabia and other Arab states (for the Sunni majority), and various Lebanese factions (on all sides).

To avoid such a region-wide free-for-all, the United States needs to work to unify the opposition, marginalize Al Qaeda and other extremist elements, stimulate defections from the regime — particularly from its Alawite core — and encourage inclusion of representatives from the Alawite community within the new opposition leadership.

American influence and ability to advance such goals will tend to be in direct proportion to the help the United States provides the opposition. Well-meant advice and promises of postwar aid will mean much less in forging a relationship with the eventual rulers of Syria than decisive assistance now. As I testified last week to the Senate Foreign Relations Committee, the new Syrian leadership will be formed in the crucible of war, and in all likelihood will prove resistant to the admixture of elements that did not participate in the fight, or to influence from governments that did not support them in it.

It would be a great mistake to allow that leadership to conclude that Al Qaeda had done more to help them prevail than had the United States. Washington needs to do more now than provide advice and nonlethal assistance, if the United States is to be in a strong position to head off a larger sectarian conflict once the current campaign to oust Assad succeeds.

This op-ed was part of a NYT Room for Debate discussion: "How to End the Chaos in Syria"

James Dobbins, a former U.S. assistant secretary of state and special envoy under the Clinton and George W. Bush administrations, is director of the International Security and Defense Policy Center at the RAND Corporation, a nonprofit, nonpartisan research institution.

This commentary originally appeared on NYTimes.com on August 8, 2012. Commentary gives RAND researchers a platform to convey insights based on their professional expertise and often on their peer-reviewed research and analysis.