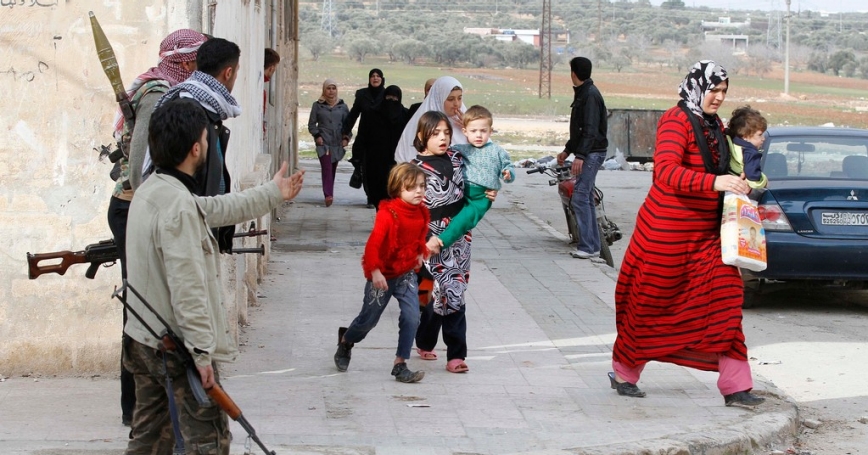 The fighting in Damascus is so far not the Battle of Berlin or the Fall of Saigon, marking the clear beginning of the end. The endgame, indeed, may be a long way off.

So what happens next? It is difficult to sort out the military situation on the ground or the maneuvers behind the scenes. But here is a brief sketch of possible scenarios.

Forget about a peaceful transition for now. The escalation of fighting has scuttled whatever slim chance there was of a negotiated political settlement. The Kofi Annan plan is dead but not buried—and Annan himself has resigned as UN Special Envoy to Syria. Months of inconclusive fighting could persuade the exhausted belligerents to look for a way to end the bloodshed. Annan could yet return in Act III.

Although Assad's forces are widely considered to be doomed, it is not inconceivable that with support from Iran (whose security chief paid a visit to President Assad in Damascus just today), Hezbollah, and Russia, they could crush the revolt. While Western nations tend to be pessimistic about the ability to counter insurgencies with military force, Russia has had a different experience. Chechnya's rebels were defeated in two bloody wars. Sporadic terrorism and banditry continue in the Caucasus, but the separatist struggle has been suppressed. With sufficient ruthlessness, Assad could prevail.

An Assad Regime Without Assad

Events in Syria could instead follow the model of Yemen, where the president was forced to step down but his lieutenants still rule. In Syria, this would allow the continued dominance of Assad's Alawite supporters minus Assad. He could flee or his senior commanders could decide that Alawite survival can be assured only with his removal in the form of a coup or assassination. With Assad and a handful of others out of the picture, his successors could seek some kind of accommodation.

Generously financed from abroad, covertly assisted by the West, its ranks swelled with defectors, the Free Syrian Army could ultimately grind down government forces and expand its own area of control. This is essentially a Libyan scenario but without direct foreign intervention, which, in the Syrian case, Russia has prevented. However, a foolish move by the Assad government—for example, shooting down another Turkish aircraft, using its chemical weapons against its own people, or transferring them to others—could provoke action from abroad and hasten the regime's demise.

The most likely outcome, in my opinion, may be no outcome at all, but instead a civil war lasting years. The conflict has become an existential struggle for its participants—their survival is at stake. It might look like Lebanon's 15-year civil war, with the country divided along sectarian and ethnic lines. Assad's Alawites, who comprise 10 to 12 percent of the population but dominate the top government posts and the economy, would hold on to their stronghold in Western Syria, with the Kurds backed up along Syria's northern border with Turkey, leaving the Sunnis dominant in Eastern Syria. Actually, Syria's ethnic, religious, and tribal composition comprises a more complicated mosaic, presaging fighting along multiple fissures and the same self-sorting and sectarian cleansing that Iraq saw during its insurgency.

In a protracted civil war, outsiders would back their local proxies. Russia, with its naval base at Tartus in the Alawite stronghold, backs the Alawites. Assad counts on assistance from Iran and Iran's Hezbollah protégés. The rebels receive help from Saudi Arabia, Qatar, and Turkey, with the United States and some European countries providing covert aid. Sunnis from Iraq bolster their brothers in Iraq. Al Qaeda, the West's unwanted ally, is already operating in Syrian territory. Some would profit from a regional upheaval.

Faced with tightening international economic sanctions as a result of its nuclear program, Iran would welcome a regional crisis that diverts the world's attention from Tehran. The new dangers created by a regional war might also persuade Israel to shelve any plans for a military strike on Iran. And it might not be easy to enforce an embargo on Iranian oil if Saudi and other Gulf oil production were imperiled by regional turmoil.

Finally, the ever-opportunistic al Qaeda, which already has benefited tactically from the Arab uprisings in North Africa, the Sinai, and Yemen, would find new operating space in a wider war. In the cynical calculus of the Middle East, to some, the value of continued violence exceeds the promised dividends of peace.

Brian Michael Jenkins is senior adviser to the president of the RAND Corporation, a nonprofit, nonpartisan research institution.

This commentary originally appeared on The RAND Blog and GlobalSecurity.org on August 7, 2012. Commentary gives RAND researchers a platform to convey insights based on their professional expertise and often on their peer-reviewed research and analysis.