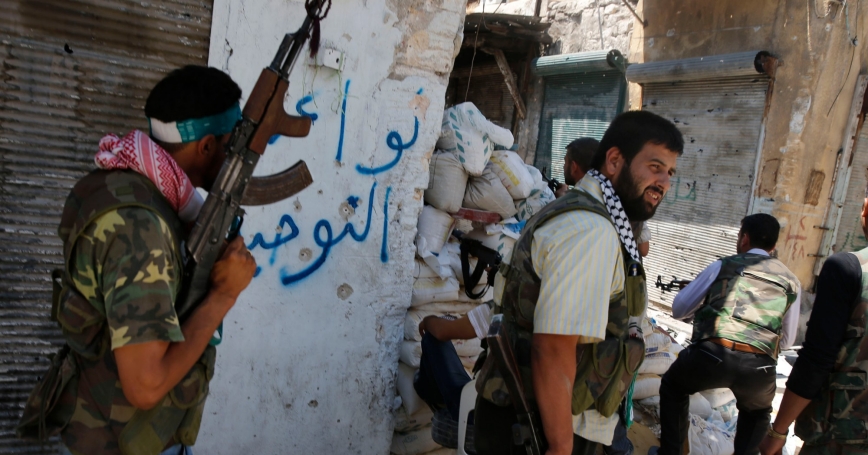 The United States is rapidly approaching a critical juncture in its policy towards Syria. While opposition fighters have grown more capable in recent weeks, defeating President Bashar al-Assad's forces will be difficult, if not impossible, without increased external military assistance. But America's current policy focuses on providing the opposition with non-lethal humanitarian assistance. As a result, an increasingly bloody and protracted civil war is likely.

Indeed, America's current approach will undercut opposition forces' ability to gain the upper hand militarily. And the longer the conflict is drawn out, the more violent it is likely to become, and the more difficult it will be to establish a stable democratic government in its wake.

America's failure to support the opposition more actively already is provoking resentment among Syria's population, which will undermine US efforts to influence the post-Assad transition. As one opposition spokesman warned, "America will pay a price for this. America will lose the friendship of the Syrians, and no one will trust them anymore."

Moreover, the conflict in Syria has significant geostrategic implications beyond Syria's border. The issue is not simply Syria's evolution, but the nature and stability of the future political order in the Middle East.

The risk that the conflict will have a destabilizing impact on Syria's neighbors — particularly Lebanon and Turkey — is growing. The withdrawal of Assad's forces from the Kurdish-inhabited northeast, along Turkey's border, has created a political vacuum, which is being filled by the Democratic Union Party (PYD), a Kurdish group allied with Assad's regime, and the Kurdistan Workers' Party (PKK), a separatist group that has been conducting terrorist attacks against Turkey since 1984. This is stoking fears among Turkey's leaders that a Kurdish state could be established on their country's southern doorstep, providing a safe haven for the PKK and exacerbating separatist pressures among Turkey's 13 million Kurds.

Assad's overthrow would be a major strategic defeat for Iran, weakening the country's international standing and dealing a heavy blow to the so-called "axis of resistance" — Iran, Syria, and Hezbollah. Conversely, Assad's survival — or even a protracted civil war — would be seen as a US defeat, which could have serious regional consequences, including increased Iranian intransigence.

In this environment, the US needs a more activist, assertive policy toward Syria aimed at ending the conflict in such a way that bolsters regional stability and facilitates a peaceful democratic transition. This policy should include three crucial elements.

To be sure, the US would have to monitor carefully the flow of arms in order to ensure that they end up in the right hands. It should also coordinate its scions with key regional allies, especially Turkey.

Such a policy may strain US-Russia relations further. But, if Assad's regime is sufficiently weakened and his removal — whether through military collapse or a palace coup — becomes imminent, Russia may decide to cut its losses rather than further damage its credibility in the Arab world by supporting Assad's regime to the bitter end.

An American policy of actively supporting Syrian opposition forces is not without risks. But sitting on the sidelines while the conflict threatens to destabilize Lebanon, Turkey, and possibly Jordan is far more dangerous.

Wasif Syed is a policy analyst specializing in Middle Eastern Affairs at the RAND Corporation.