The Case for Expanding Assistance to the Syrian Opposition 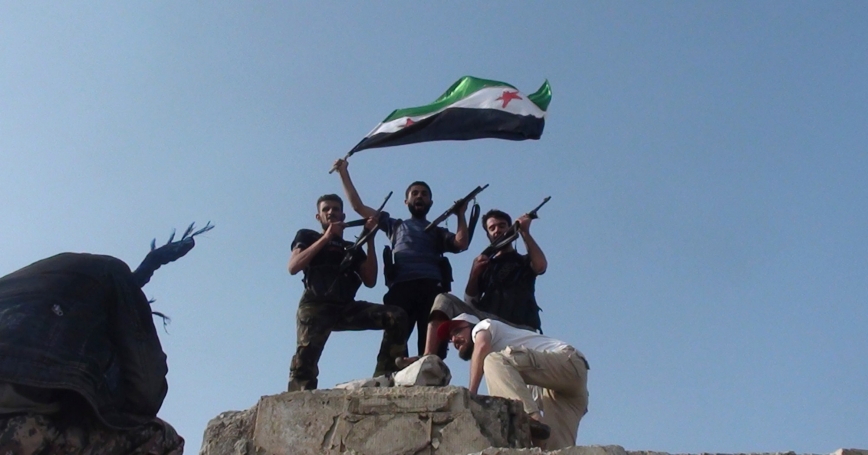 Free Syrian Army members raise an opposition flag on top of a damaged building in Al-Rasten, near Homs, Syria, July 27, 2012

The following is excerpted from James Dobbins' Aug. 1, 2012 prepared testimony to the U.S. Senate Committee on Foreign Affairs regarding the situation in Syria.

What is important for the U.S. government to do at this stage is forge relationships with those likely to next govern Syria. These relationships should be developed at many levels, diplomatic, covert, military, economic and political, to include democracy building work by our Republican and Democratic Institutes, contacts with individual members of Congress, as well as with all the relevant arms of our Executive Branch.

My expectation is that Syria's civil war will result in the regime's collapse, not a negotiated settlement, that the victors will not want foreign troops on the ground, and that there will therefore be no serious consideration of a large-scale foreign manned stabilization force. One can envisage circumstances where very limited external military assistance might be needed, for instance to secure chemical weapons sites, but a far better outcome will be for the regime's armed forces to remain largely intact, albeit under new command, and thus still responsible for the security (and eventual disposal) of these weapons. Contrary to Iraq, where the American military dropped leaflets informing Iraqi troops that they would be killed if they remained in uniform and under arms, the Syrian opposition should be encouraged to assure rank and file Syrian soldiers that they will be safe, and indeed paid and protected as soon as they cease fighting. It appears that the Obama administration is so advising the Syrian opposition.

Having myself helped organize international military operations in Somalia, Haiti, Bosnia, Kosovo and Afghanistan, I would be the last to minimize the complexities, dangers and costs associated with any such effort in Syria. It is for this reason that I do not believe the United States should become the standard bearer for such an intervention. I do believe, however, that the United States should up its assistance to the rebels; quietly let those on the front lines, particularly Turkey and Saudi Arabia, know that it will back initiatives they may wish to take toward more direct military engagement; and provided the earlier mentioned conditions can be met, America should provide those military assets needed for success that only the United States possesses in adequate number.

Ambassador James Dobbins is the director of the RAND International Security and Defense Policy Center.