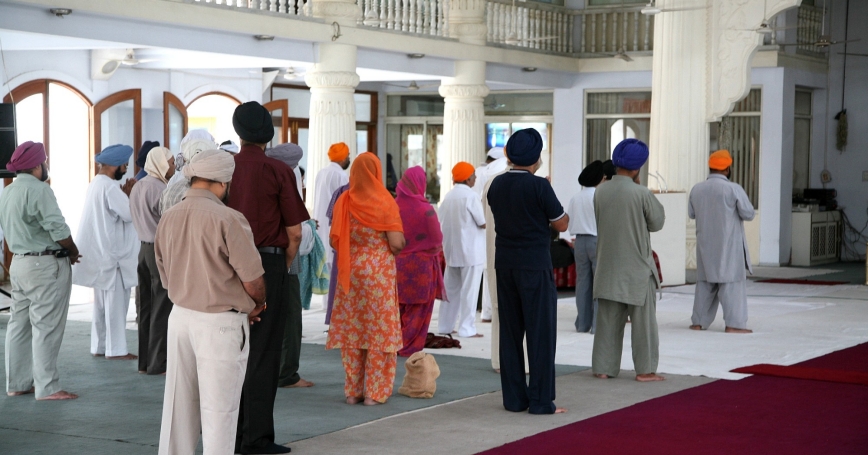 Jonah Blank considers the implications of Sunday's killings at a Sikh temple in Oak Creek, Wisconsin:

American Sikhs have often been victims of terrorism-by-mistaken-identity. Because the tenets of the faith require unshorn hair, observant Sikh men generally wear turbans and keep their beards long. Perpetrators of hate-crimes against Sikhs (like the murderer of Arizona gas-station owner Balbir Singh Sodhi, in September 2001) often think they're attacking Muslims. This may not make the slaughter any more or less heinous, but it's another example of hatred flowing from ignorance.

The Oak Creek gunman, Wade Page, had long been associated with white-supremacist hate groups, but no action was taken against him until it was too late. Would he have been tracked by law enforcement if his Facebook page featured a photo of Osama bin Laden rather than a Nazi flag? Would public reaction after the killings have been different if he'd gunned down six worshippers at a church rather than a gurudwara?

Looking ahead, we can expect perhaps more security at Sikh community gatherings—although an open welcome to all visitors is a core tenet of Sikhism, and it would be tragic to see this aspect of the faith compromised. Copycat crimes cannot be ruled out; this was not the first instance of anti-Sikh violence, and sadly will not be the last. Perhaps (and here there is a note of optimism) this tragedy will lead to more understanding and appreciation of America's Sikh community: a wonderful tile in the American mosaic.

Jonah Blank is a senior political scientist at the nonprofit, nonpartisan RAND Corporation. An anthropologist by training, he is author of Arrow of the Blue-Skinned God: Retracing the Ramayana through India, and former policy director for South and Southeast Asia on the staff of the Senate Foreign Relations Committee.

This commentary originally appeared on The RAND Blog and GlobalSecurity.org on August 8, 2012. Commentary gives RAND researchers a platform to convey insights based on their professional expertise and often on their peer-reviewed research and analysis.