Book Review: 'Notes on a Century: Reflections of a Middle East Historian' by Bernard Lewis 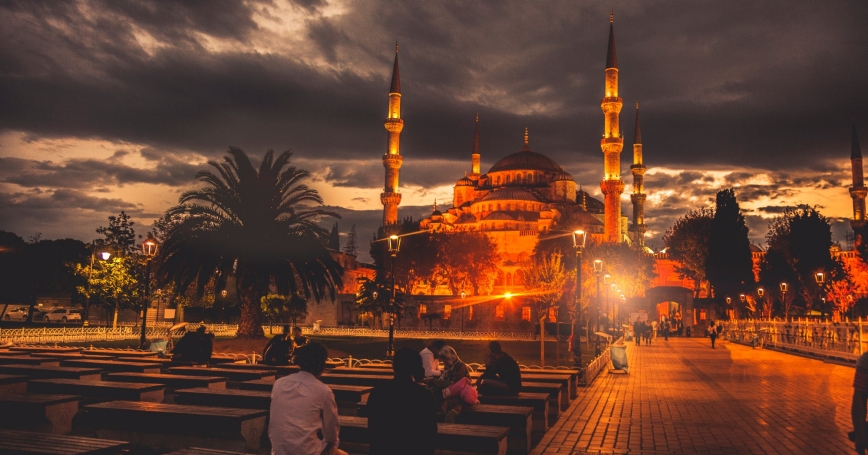 As a young graduate student, I won a brief visiting fellowship to Tel Aviv University, only to find that my hosts did not quite know where to put me — and so I somehow wound up in the office of the legendary Middle East historian Bernard Lewis, who, I was told, would occasionally drop by the university during his global peregrinations. I would be periodically interrupted by a diffident knock, and I still wince at the memory of the looks of the pilgrims who had come in search of the great man only to find me instead.

The office in Tel Aviv was part of Lewis's high-flying academic life, which he recounts in his new memoir, "Notes on a Century" (co-authored with his companion, the magnificently named Buntzie Ellis Churchill). Lewis has led a staggeringly productive life — publishing a jaw-dropping 32 books — and seems to have had more fun than any department worth of more somber professors.

Lewis begins with a lovely portrait of a London Jewish childhood of modest means, with his punctilious English mother and his soccer-loving, opera-loving, news-loving father. Young Bernard had a gift for languages; he gulped down "The Count of Monte Cristo" in French at age 13 and, at age 16, tried to woo a girl with "a series of poems that, insanely ambitiously, [he] wrote in Hebrew."

In 1933, Lewis began in earnest to study the Middle East. In 1946, "out of the blue," he was invited by an Oxford historian to write a short book that became Lewis's classic "The Arabs in History" — sweeping, ambitious and written with his signature elegance and wit. Its lasting success left him startled, grateful and "at times somewhat irritated" since it had been cranked out by "a young, immature and inexperienced scholar in three months."

In 1949, on academic leave in Istanbul, Lewis obtained a permit to enter the Ottoman Empire's central archives, previously closed to foreigners. The next year, he thrilled to the sight of a free and fair election in Turkey in which the defeated government crisply and honorably packed it in and turned over power. All this led to probably his masterpiece, "The Emergence of Modern Turkey," which ends with the 1950 landslide and details "the emergence of a secular, democratic republic from an Islamic empire."

Lewis later settled into what he hoped would prove a stimulating, prolific and noncontroversial academic life at Princeton. Two out of three isn't bad. In 1978, Edward Said, a brilliant, up-and-coming Palestinian American literary critic at Columbia University, published "Orientalism," and Middle East studies were never the same. Said accused an older generation of European scholars of advancing "fundamentally a political doctrine" riddled with paternalism and condescension, designed to justify imperial control of the exotic East by portraying it as backward, sensual, despotic, unchanging and generally inferior to the West. Lewis was one of Said's main targets — "a perfect exemplification," Said wrote, "of the academic whose work purports to be liberal objective scholarship but is in reality very close to being propaganda against his subject material."

At a stroke, Said turned the word "Orientalist" from a discipline into a slur, and the rift in Middle East studies remains large and sullen. In his chapter on the donnybrook, Lewis — clearly still smarting — blasts Said's thesis as "just plain wrong. His linking European Orientalist scholarship to European imperial expansion in the Islamic world is an absurdity." Many of Said's charges in "Orientalism" — such as accusing Lewis of trying to depict Islam as "an irrational herd or mass phenomenon" and "an anti-Semitic ideology, not merely a religion" — are indeed wildly overstated and crude. Still, a man determined to lay the post-Said doubts to rest would probably have been wiser not to write twice about President Turgut Ozal of Turkey flashing "his enigmatic Turkish smile," or to assert that the founding events of Islamic history shape the "corporate awareness" of Muslims everywhere, or to offer what Lewis admits "may appear to be a blatantly chauvininistic statement," namely that "this capacity for empathy, vicariously experiencing the feelings of others, is a peculiarly Western feature."

Lewis found himself back in the spotlight after Sept. 11, 2001, when his book "What Went Wrong?: Western Impact and Middle Eastern Response" unexpectedly hurtled up the bestseller lists. "Osama bin Ladin made me famous," Lewis writes. He was sought out by Vice President Dick Cheney and his staff, "not to offer policy suggestions but to provide background." Lewis writes that he "was saddened by the willful vilification of Cheney by the liberal media." But he bristles at the charge that he provided intellectual ballast for the 2003 invasion of Iraq, writing that he opposed the war and instead backed U.S. "political support and a clear statement of recognition" for a "provisional government of free Iraq" based in the Kurdish-ruled north.

Lewis was told to funnel further suggestions through Stephen Hadley, Bush's second-term national security adviser. The e-mails Lewis reprints here will do little to soothe his critics. While Joint Chiefs of Staff Chairman Martin Dempsey recently concluded that Iran, for all its radicalism, was still "a rational actor," Lewis warned Hadley that Iran's rulers are so fanatical and apocalyptic that even nuclear deterrence "would have no meaning." Lewis also shares one clanger that one suspects Hadley would have preferred remained private: "Sir Harold Nicolson once said that one can never be certain what is in the mind of the oriental but we must leave the oriental no doubt what is in our mind."

Lewis has lived long enough to see almost certainly the most exciting upheaval in Arab politics since the founding of the modern Arab state system. But the Arab Awakening leaves him wary, not exultant. Even before the Muslim Brotherhood's candidate won Egypt's first democratic presidential election, Lewis warned against "a dash toward Western-style elections" that could empower Islamic radicals: "A much better course would be a gradual development of democracy, not through general elections, but rather through civil society and the strengthening of local institutions." This epitomizes William F. Buckley Jr.'s definition of a conservative as someone who stands athwart history yelling "Stop," and history seems to be paying no mind.

The concluding chapters of "Notes on a Century" feel more crabbed of spirit than its earlier, sunnier reminiscences of scholarly discovery and stimulating encounters with everyone from Isaac Stern to Scoop Jackson to the shah of Iran. Still, we are fortunate to have this chatty memoir, even if it is Lewis's earlier classics that will truly endure. At one point, Lewis approvingly quotes the author Anatole France, who once said of a scholar, "He's a truly great historian; he has enriched his subject with a new uncertainty." We will miss Lewis when he is gone, and we will not find anyone to fill his chair.

Warren Bass is a senior political scientist at the RAND Corporation and the author of "Support Any Friend: Kennedy's Middle East and the Making of the U.S.-Israel Alliance."

This commentary originally appeared in The Washington Post on September 14, 2012. Commentary gives RAND researchers a platform to convey insights based on their professional expertise and often on their peer-reviewed research and analysis.