Can Improving the Options Improve Our Choices and Outcomes? 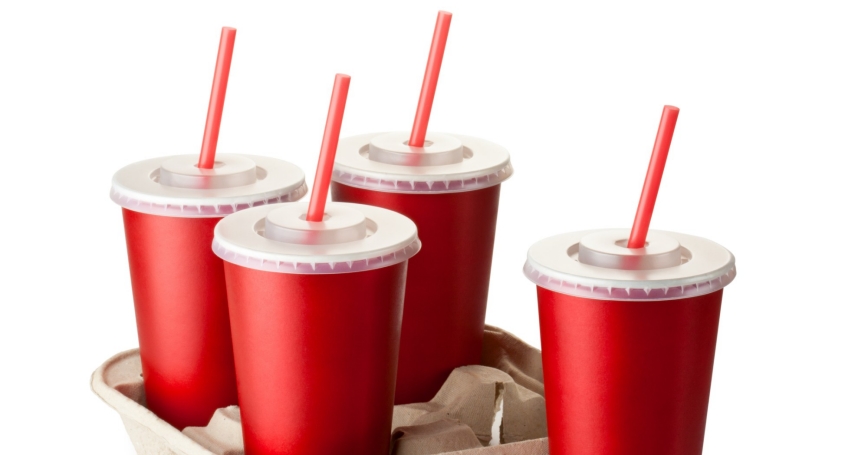 Although New York City's ban on sugary soda servings larger than 16 ounces has been approved, debate over the controversial provision will surely continue. Much of the talk has focused on how the ban, intended to curb obesity by improving dietary choices for consumers, will restrict consumers' options. Of course, even after the ban, New Yorkers and visitors to the city can still buy a second soda. But they might want to take a moment to think about the consequences before doing so.

It wasn't that long ago that no one expected any single-serving beverage to exceed 16 ounces. Now it's hard to find one that small. And today's oversized servings, in particular of sugary beverages, have contributed significantly to excess calorie consumption. People don't need more calories, but we seem drawn by the "value" in getting more—even if we're getting empty calories. That might not have been a problem when water was a routinely free alternative, rather than being offered by the bottle at prices similar to soda.

Those empty calories are costing Americans individually and collectively in terms of increased risk and prevalence of diabetes and obesity. Clearly there are many health problems we don't know how to prevent. But lives have been saved and disability reduced by policy changes and other concrete actions, like encouraging physical activity and overall healthier lifestyles. We learned to use seat belts, put kids in car seats, and buy cars with added safety features. Most of these changes were not met with universal enthusiasm, but they are informed by our improving understanding of public health, and these behaviors are now almost automatic and their impact has been enormous.

In regulating some beverage sizes, the New York Mayor Michael Bloomberg has taken a similarly bold, and controversial, step. Should we question the merits of the city's action, when two of three adults and one of three children and adolescents in the United States are overweight or obese? The health and economic consequences are staggering. According to the Institute of Medicine, the medical costs alone of obesity-related diseases and disabilities exceed $190 billion a year. These costs comprise more than 20 percent of national health care spending.

These aren't the only eye-opening numbers. A recent RAND study found that 96 percent of the entrees from more than 200 chain restaurants contain more calories, fat, and sodium than should be consumed in one sitting. (This finding applies to any adult who eats three roughly nutritionally equivalent meals a day and hopes to stay within U.S. dietary guidelines for a daily 2,000-calorie diet.) The study found that sugary beverages provided additional calories, especially for kids, because children's beverages were higher in calories than adult beverages.

To be sure, policy approaches to reduce obesity aren't a magic bullet. If we want to reverse the obesity epidemic, we need environments that assure that we have good food options and we need to choose them. A RAND study, using data from the Women's Health Initiative study, found that living where there is a higher density of fast food outlets is associated with higher blood pressure and risk of obesity, while a greater density of grocery stores is associated with lower blood pressure and lower risk of obesity. These relationships hold even after taking into account women's characteristics and the socioeconomic status of their residential neighborhoods. In other words, the options around you affect your weight and your health.

Today, when we grab our lunch and hurry back to work, we would all do well to avoid even the 16-ounce soda and instead have some water or an unsweetened beverage. We might also take notice of how rare it has become to see small—or what used to be called "regular" at many fast food restaurants—servings of soda.

Indeed, much to the detriment of public health, "big," "bigger," and "biggest" soda sizes have become the new abnormal.

Chloe E. Bird is a senior sociologist at the nonprofit, nonpartisan RAND Corporation and co-author of Gender and Health: The Effects of Constrained Choices and Social Policies (Cambridge University Press, 2008).