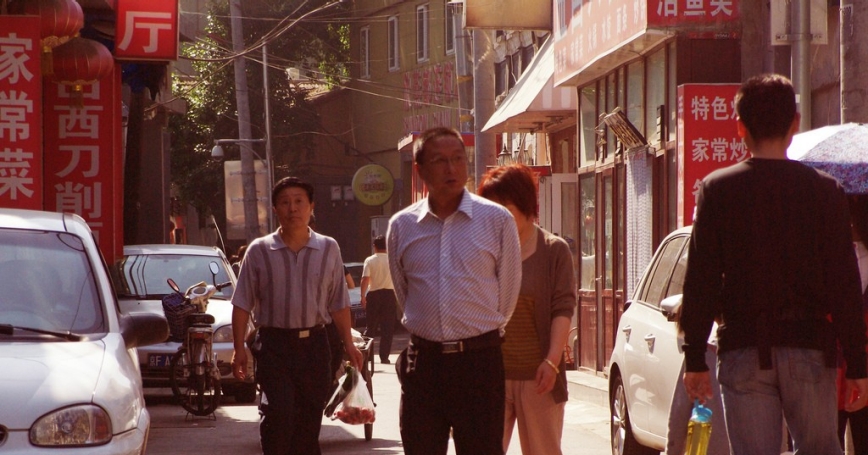 "Great power" is a vague term, but China deserves it by any measure: the extent and strategic location of its territory, the size and dynamism of its population, the value and growth rate of its economy, the massive size of its share of global trade, and the strength of its military. China has become one of a small number of countries that have significant national interests in every part of the world and that command the attention, whether willingly or grudgingly, of every other country and every international organization. And perhaps most important, China is the only country widely seen as a possible threat to U.S. predominance. Indeed, China's rise has led to fears that the country will soon overwhelm its neighbors and one day supplant the United States as a global hegemon.

But widespread perceptions of China as an aggressive, expansionist power are off base. Although China's relative power has grown significantly in recent decades, the main tasks of Chinese foreign policy are defensive and have not changed much since the Cold War era: to blunt destabilizing influences from abroad, to avoid territorial losses, to reduce its neighbors' suspicions, and to sustain economic growth. What has changed in the past two decades is that China is now so deeply integrated into the world economic system that its internal and regional priorities have become part of a larger quest: to define a global role that serves Chinese interests but also wins acceptance from other powers.

Chief among those powers, of course, is the United States, and managing the fraught U.S.-Chinese relationship is Beijing's foremost foreign policy challenge. And just as Americans wonder whether China's rise is good for U.S. interests or represents a looming threat, Chinese policymakers puzzle over whether the United States intends to use its power to help or hurt China.

Americans sometimes view the Chinese state as inscrutable. But given the way that power is divided in the U.S. political system and the frequent power turnovers between the two main parties in the United States, the Chinese also have a hard time determining U.S. intentions. Nevertheless, over recent decades, a long-term U.S. strategy seems to have emerged out of a series of American actions toward China. So it is not a hopeless exercise—indeed, it is necessary—for the Chinese to try to analyze the United States.

Most Americans would be surprised to learn the degree to which the Chinese believe the United States is a revisionist power that seeks to curtail China's political influence and harm China's interests. This view is shaped not only by Beijing's understanding of Washington but also by the broader Chinese view of the international system and China's place in it, a view determined in large part by China's acute sense of its own vulnerability.

The world as seen from Beijing is a terrain of hazards, beginning with the streets outside the policymaker's window, to land borders and sea-lanes thousands of miles away, to the mines and oil fields of distant continents. These threats can be described in four concentric rings. In the first ring, the entire territory that China administers or claims, Beijing believes that China's political stability and territorial integrity are threatened by foreign actors and forces. Compared with other large countries, China must deal with an unparalleled number of outside actors trying to influence its evolution, often in ways the regime considers detrimental to its survival. Foreign investors, development advisers, tourists, and students swarm the country, all with their own ideas about how China should change. Foreign foundations and governments give financial and technical support to Chinese groups promoting civil society. Dissidents in Tibet and Xinjiang receive moral and diplomatic support and sometimes material assistance from ethnic diasporas and sympathetic governments abroad. Along the coast, neighbors contest maritime territories that Beijing claims. Taiwan is ruled by its own government, which enjoys diplomatic recognition from 23 states and a security guarantee from the United States.

At China's borders, policymakers face a second ring of security concerns, involving China's relations with 14 adjacent countries. No other country except Russia has as many contiguous neighbors. They include five countries with which China has fought wars in the past 70 years (India, Japan, Russia, South Korea, and Vietnam) and a number of states ruled by unstable regimes. None of China's neighbors perceives its core national interests as congruent with Beijing's.

But China seldom has the luxury of dealing with any of its neighbors in a purely bilateral context. The third ring of Chinese security concerns consists of the politics of the six distinct geopolitical regions that surround China: Northeast Asia, Oceania, continental Southeast Asia, maritime Southeast Asia, South Asia, and Central Asia. Each of these areas presents complex regional diplomatic and security problems.

Finally, there is the fourth ring: the world far beyond China's immediate neighborhood. China has truly entered this farthest circle only since the late 1990s and so far for limited purposes: to secure sources of commodities, such as petroleum; to gain access to markets and investments; to get diplomatic support for isolating Taiwan and Tibet's Dalai Lama; and to recruit allies for China's positions on international norms and legal regimes....

This commentary originally appeared in Foreign Affairs, Sept/Oct 2012 on September 1, 2012. Commentary gives RAND researchers a platform to convey insights based on their professional expertise and often on their peer-reviewed research and analysis.