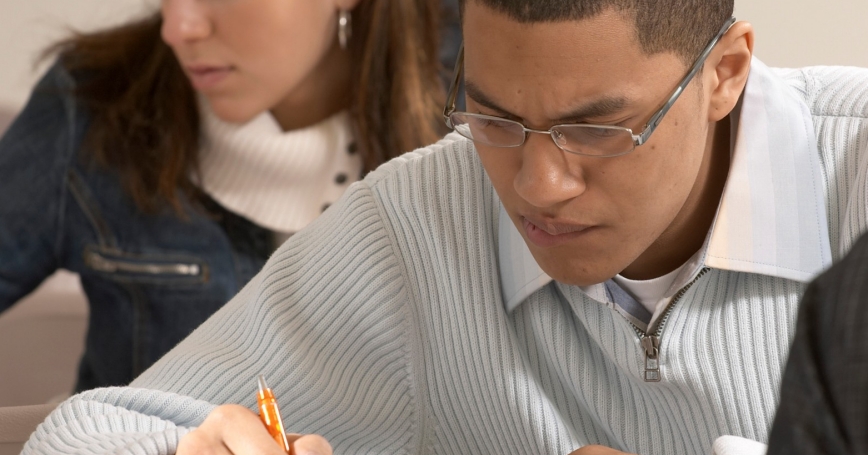 State financing of higher education is under stress as countries all over the world struggle with fiscal pressures. This week's guest contributors Charles A. Goldman, Megan Clifford and Lindsay Daugherty, from RAND Corporation, review a number of cost-sharing policies that can be adopted and how they may affect access to and the quality of education.

In the first decade of the 21st century, global enrollment in tertiary education expanded by nearly 80 percent, from 100 million to 178 million. That increase is driven partly by a growing population, but even more by remarkable increases in the rate that youth (and in some countries, non-traditional students) attend colleges and universities. Higher education is being pursued by more people in more places than ever before.

At the same time, traditional models of government finance for higher education are under extreme stress. Many countries have long traditions of full or partial government funding for higher education, but as countries struggle with fiscal pressures, they increasingly seek ways to shift costs to users. Cost-sharing policies could improve economic efficiency in higher education by allocating resources to students and institutions that can use them most effectively. But many countries already struggle to give students equitable access to high-quality institutions. Implementing greater cost sharing without coherent policies to mitigate its impact on students and institutions threatens to worsen both student access and institutional quality.

Likely for these reasons, policy proposals in multiple countries have led to large-scale student protests, galvanizing public attention on who should pay for higher education. These policy decisions, after all, have profound impacts on students, their families, and national economic development. Here we review a number of common cost-sharing policies and how they may affect access and quality.

Introducing or raising tuition at public universities. Public higher-education systems often have a tradition of low or no tuition fees. These fees have generally been rising around the world, and countries which formerly charged no fees have introduced them. In 1997, China introduced tuition fees for all students based on the course studied. In 2005, Germany granted individual universities the right to decide whether and how much tuition to charge. Other countries such as Russia, India, and Uganda have implemented dual-track tuition policies, providing government support to high-achieving students while charging tuition to lower-achieving students able to pay. Among those countries charging tuition, fees have also been rising sharply in real terms. In 2010, Britain allowed universities in England to increase undergraduate tuition to as much as £9,000 a year, about triple the previous rate, and allow financing by student loans. University applications dropped 9 percent in England, a decline not seen in other parts of the UK where fees held steady—and illustrating the risks to access that increasing tuition costs can pose.

Offering public grant aid. One important way to promote equitable access is means-tested aid to offset tuition increases. This allows governments to target spending toward the neediest families. In the United States, Pell Grants provide students from low-income households up to $5,550 annually towards college. Recently, the government increased funding for this program while reducing student loan interest-rate subsidies for graduate and professional students. These changes sought to increase access to undergraduate education for lower-income students by shifting costs to graduate and professional students whose higher expected earnings would better equip them to pay for their education. Similar need-based grant programs exist in Australia and Mexico, while Russia, Malaysia, and Indonesia offer grants based on academic merit. Brazil and Canada offer grants to students from traditionally underrepresented groups based on ethnicity, gender, or home region. Such programs aim to ensure access for the highest achieving and most needy students despite rising tuition costs.

Enabling student loans. In many countries, the government cannot subsidize higher education to an affordable level for everyone. A student-loan system lets students borrow today to fund higher education and repay with future earnings. Such a system, however, requires strong financial and legal infrastructure (which many countries do not have) and may discourage some students. As student loans grow, students and their families may become intimidated by large debts. Countries have implemented various programs to mitigate this pressure through interest-rate subsidies or easier repayment terms. Such programs are based on family or student means (Canada, Chile, and Malaysia), subsequent earnings (England, the Netherlands, and New Zealand), successful academic performance (the Netherlands and South Africa), or work benefiting the public good (United States). Yet as the drop in applications to English universities shows, even income-contingent repayment may not mitigate all student fear of debt.

Shifting toward private providers. Government-sponsored institutions cannot meet all student demand. As a result, both market forces and deliberate policies have resulted in the growth of private providers (non-profit and for-profit) in many places. In India, Japan, and the Dominican Republic, for instance, most students enroll in private, rather than public, institutions for higher education. In the United States and a number of other countries, for-profit institutions have been growing very rapidly. These institutions often serve both disadvantaged and older students who may not be served well by traditional institutions. But they typically come with higher costs than public alternatives. U.S. for-profits receive three-quarters of their revenue from Federal student grants and loans, yet we have little systematic evidence on whether their benefits outweigh their costs. If these programs succeed in equipping students for well-paying careers, students will comfortably repay their loans. If they do not, then students will default on these large loans, forcing taxpayers to bear the expense.

The examples above highlight that as private provision and student-centered finance become more widely employed, students must have access to sound information about their choices and their potential consequences. Systems should make available clear, objective data about the quality of institutions and programs, including faculty qualifications and employer perceptions of the graduates. Systems should also strive to produce indicators that can measure return on investment, such as post-graduation employment rates, graduate earnings, student-loan debt burden, and loan default rates.

Many countries employ a national quality assurance mechanism, such as accreditation or government licensing, to promote quality standards, and often as a prerequisite for private institutions to benefit from student grants or loans. Countries are focusing increasingly on improving these systems. The Australian government recently found that its current system was incoherent with quality assurance, accreditation, and financial-support responsibilities split across several uncoordinated entities. Accordingly, in 2011, it established the new Tertiary Education Quality and Standards Agency to ensure that all students receive a high-quality education regardless of their provider. Many other countries are also attempting to measure quality (and link quality to public funding), but so far there is no accepted model system for quality measurement and assurance. Countries that combine private provision with public grant and loan financing especially need coherent and respected quality-assurance systems so that students and the public have confidence in the value of their choices. In some cases, they may need additional regulations beyond quality-assurance systems in order to align private institutional behavior with public goals.

Cost sharing can increase the economic efficiency of higher-education systems and thus allow more students to benefit from a given level of public investment. But cost-sharing policies often have both obvious and less obvious effects on students and institutions. Policy makers should seek to maximize access and quality, and not merely satisfy today's government budget constraint. Furthermore, if we are going to ask students and families to shoulder an increasing part of the cost, then we owe them transparent, objective, and actionable information about their choices.

This commentary originally appeared on wise-qatar.org on September 24, 2012. Commentary gives RAND researchers a platform to convey insights based on their professional expertise and often on their peer-reviewed research and analysis.