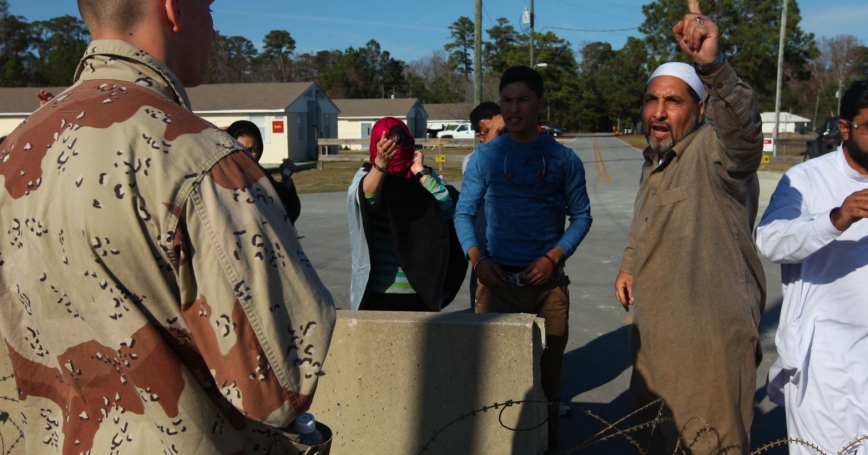 U.S. embassies around the world have shored up security in the wake of last week's attack on the U.S. consulate in Benghazi and ongoing protests in Cairo, but critics question whether security has been adequate at diplomatic compounds in the first place. Going forward, it's clear the security plan for the U.S. diplomatic presence abroad must include well-developed strategies to both detect and prevent an assault like the one in Libya before it occurs. This will require responding to unforeseen events.

One prevention strategy is to use social-media analytics to help predict attacks. In the Arab Spring uprisings, the earliest on-the-ground reports and pictures came from citizens with smartphones and access to the Internet. Social media is an agile reporter of the news before it becomes news. The current issue of New Scientist describes this phenomenon, but the idea has been around for a while. Cornell University professor Jeff Hancock and colleagues used linguistics to analyze tweets sent from Libyans during last year's revolution, providing a profile of public sentiment during that period. Such work could be part of a larger effort to position the U.S. government to be more prepared in the future. Social media can provide early indications of pending violence; we just need to harness the analytical tools to help us see it.

The Marine Corps Embassy Security Group is one line of defense for the diplomatic compounds to which they are posted. This latest attack points to the need to review both decisions about where to post Marine guards and the protocol governing what they are allowed to do in the event of an attack. Their purpose in an attack is to secure the embassy and its classified paper and electronic storage systems. The Marines do not have the mandate to engage with attackers and are limited to designated areas on the embassy or consulate grounds. This issue was discussed in the aftermath of the attack on the U.S. consulate in Jeddah in 2004, which prompted new security procedures and protections for diplomatic compounds. It was fortunate that the attackers focused only on the main buildings and not on the housing area or the café where families were having lunch. Saudi snipers put an end to the attack, but the lives of several loyal foreign service nationals were still lost. There were no Marine guards in Benghazi at the time of that attack, which raises questions about whether they could have played a role in limiting the damage there and whether their rules of engagement should be reassessed going forward.

Embassies should also make better use of commercially available nonlethal technologies, such as long-range acoustic devices and other directed sound systems. These systems can easily disperse crowds by projecting sound at a level that is roughly equivalent to standing next to a jet engine on takeoff.

Another option is to employ a comprehensive network of rolling patrols (which some embassies already do) that provide daily reports and feedback. These patrols—and embassy security units in general—can aid in detecting early signs of unrest by building stronger ties with neighboring communities. Shop owners, for example, have a good window into what's happening on the streets around them and have an investment in preventing violence. Engaging them and others who live and work in these areas is one way of monitoring public sentiment—a low-tech social networking opportunity.

William Young is a senior policy analyst at the nonprofit, nonpartisan RAND Corporation. He was formerly a senior officer with the Central Intelligence Agency directly involved with efforts to protect U.S. embassies.