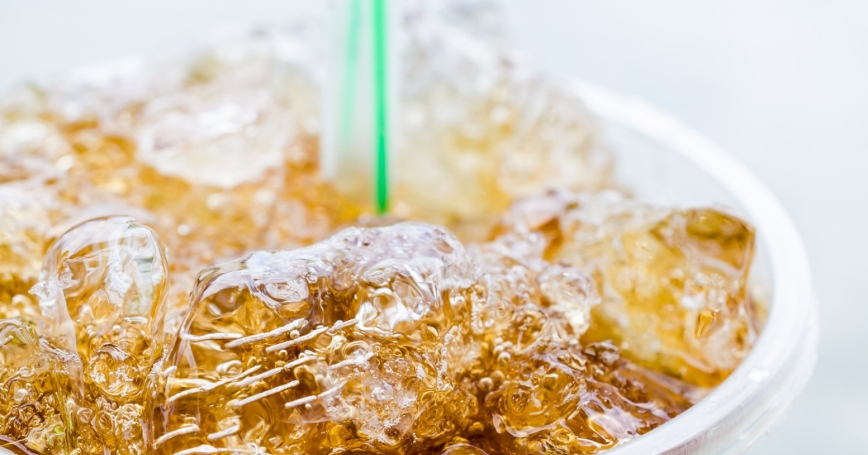 Last week, the New York City Board of Public Health approved Mayor Bloomberg's Big Soda Ban. The ban limits the size of sugar-sweetened beverages sold in movie theatres, restaurants, and street vendors to no larger than 16 ounces. This attempt to ameliorate New York City's weight-related health problems has created quite a fizz, especially among big-buck soft-drink manufacturers and trade groups that, in rebellion, formed New Yorkers for Beverage Choices. The group, often portraying itself as a grassroots coalition, has aggressively tweeted anti-ban messages and hired hundreds of petitioners to line the streets of New York City, assailing the government's infringement on freedom of choice.

As Americans, we are protective of our freedoms, even those that may seem trivial, like the freedom to choose how much we eat and drink. The problem is that when it comes to selecting food and drink, what we perceive as freedom of choice is actually much more complicated.

Our brains have quirks (scientists call them biases) that tend to help us in some situations, but in others can keep us from acting in accordance with our needs and values. We have a reflexive preference for high-value products, even when they're not good for us or aren't what we would buy if we took a few additional seconds to think about it. Another important one is our tendency to avoid extremes: When given three or more options, we are likely to choose what we perceive as the middle or intermediate option.

Unfortunately, while we aren't always aware of the influence of the quirks on our decisions, food and soda companies are. And they're taking full advantage of them. In fact, big soda companies were limiting our options and shaping our choices long before NYC's restriction of the size of soda containers.

These companies tap into our preoccupation with value through value size pricing. We buy 32 ounces of soda after coming to the store for 16 ounces—we'd feel like fools giving up the opportunity to double the size for just 10 cents more! On a recent road trip, we stopped at a gas station for a bathroom break and drink refill. Our friend returned with a large, sweet iced tea—an egregious 54 ouncer. He is a spinach-loving gym-goer, so his purchase was completely out of character. Asked why, he said: "Yeah, it was only a buck, so I was like, whatever."

If a health-minded person can fall into the value trap, then the rest of us are doomed.

Companies have also capitalized on our psychological tendency to avoid extremes. The introduction of "supersizes" has turned "large" into an intermediate option, increasing our willingness to purchase more. As drink sizes have gotten bigger, our sense of "normal" has evolved. Baby boomers grew up drinking the occasional soda in 6- to 8-ounce bottles. If you were born in the last few decades, you probably don't think twice about purchasing a "medium" 21-ounce Coke at fast food restaurants (210 calories, 58 grams of sugar) or 54 ounces of Icee at the movie theater. Supersized beverages are the norm. And in case we felt guilty about eating and drinking such large quantities, some restaurants have renamed the sizes of their products. At a New England burrito chain, the largest food size is now named "original," the middle size is named "small," and the smallest bears the unappealing name "mini."

Our decision-making processes are more complicated than we often recognize. When it comes to selecting a drink size, we often choose quickly and reflexively. But when we are not distracted by the option of buying a 32-ounce or larger soda, we have the chance to stop and think—just for a second—about how much we actually want. How many calories do we want to take in? How much money do we want to spend? If it turns out that what we want is 32 ounces of soda, then we can buy two 16-ounce containers.

The ban on excessive single-serving beverages takes the home field advantage away from soda companies and gives consumers the opportunity to consider their real preferences. So rather than obstructing freedom of choice, the big-container ban actually enhances it.

Lauren Hunter, MPH is a research assistant, and Kristin Van Busum, MPA is a project associate at the nonprofit, nonpartisan RAND Corporation.

This commentary originally appeared on The Huffington Post on September 21, 2012. Commentary gives RAND researchers a platform to convey insights based on their professional expertise and often on their peer-reviewed research and analysis.