The Death of a 'Butterfly' in Kabul 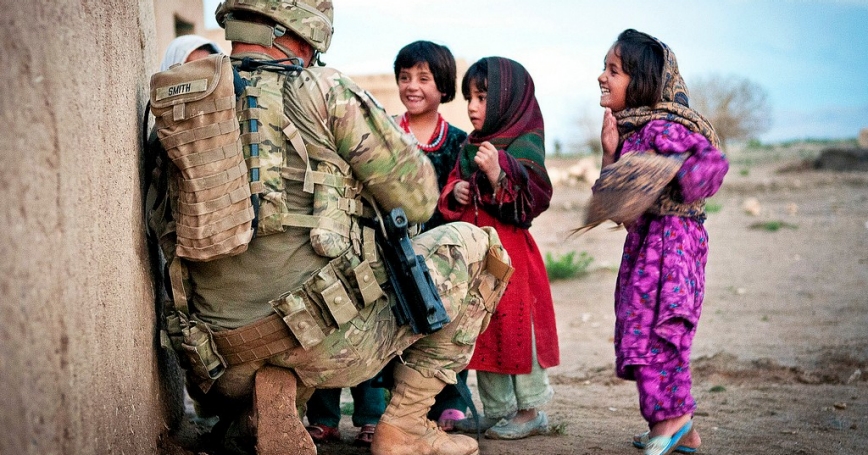 Parwana means butterfly in Dari, and that is exactly what she was, fluttering around the grit and gloom of the green zone. She was killed last week, along with several other children, as they tried to call attention to a suicide bomber a few blocks from my house in Kabul. They were killed in part because I and so many well-meaning people drew them to a place where we could not keep them safe.

As a social science researcher, my job is to talk to Afghan citizens and members of the coalition forces around the country, but nothing prepared me for these children. Those who have visited ISAF's Kabul headquarters know that there are about 15 children who routinely sell scarves and bracelets on the road that passes by military and government offices. The suicide bomber struck the little scrum they gather in when business is slow. For many foreign forces, these are the only Afghan children they will meet in their time in country and reactions to them differ sharply: some enjoy the experience, walk and talk with the children, and occasionally buy a little something. Some call the children animals, ignore them or yell at them.

At 8 years old, with freckles and a penchant for frilly dresses and soccer cleats, Parwana was just as I was at that age: equal parts tomboy and little princess. In the last few weeks, she had begun to wear a head scarf, but she clearly was not willing to grow up completely just yet. She was the undisputed ringleader of the little girls, and enough of a spitfire to give the bigger boys as good as she got. Along with her dark-eyed sisters Basira and Salmah, and young Samir, with the grown up shoes he was so proud of, I had a small clique of children who followed me everywhere I went.

I paid; of course I did, and you would have, too. To live in a war zone every day and turn the corner to see a grinning child racing toward me, arms outstretched, was nearly more than I could stand. When she started pressing little gifts into my hands, she reeled me in. I didn't want bracelets, so the rule was that the kids had to do something to earn their dollars. They taught me folk songs about flowers in the Panjshir, or memorized their ABCs. I got them books so they could study, which were a big hit. Samir used to say he was my bodyguard, and he was as fiercely protective as a 7-year-old could be.

Of course they weren't always adorable; often they were quite dirty. The more I gave, the more they asked, and when I had no money the children were sometimes taciturn. I refereed many fights, usually as the sullen teenagers tried to shove aside the little ones. The older kids would shout rude retorts in Dari to those who treated them badly; for a while they would say, "Give me just one kiss," repeatedly, just to provoke a reaction. For some foreigners, that was all they could see.

Like the rest of Afghanistan, these children are so easy to love, but for some so hard. And, like the rest of Afghanistan, they are largely as we have made them, through a combination of kicking and kindness that has bred dependence and resentment, without leaving much of substance. The corrupt and seemingly helpless side of Afghanistan's society, born largely of the mess of the last decade, is so easy to mistake as being the entirety of the country's existence. It may be painless for Washington and the other Western capitals to adopt the strategy of a "decent interval" and declare that they did all for the Afghans that could be done. But they do not have to contend, intellectually or emotionally, with Parwana and her friends, or their fates. I first knew she had gone when I heard that the children had died trying to point out the bomber. Parwana loved nothing better than to stand up to a big "bad boy." But who stands up for her?

It should not be so easy to leave, but it is. And the truth is, I'm leaving too. By the time we know what happened to Samir, Basira and Salmah, I will be gone.

Like so many of my compatriots, I will be home where it could be all too easy to avoid facing my own role in Parwana's, and Afghanistan's, fate. I have lost friends in action before, but nothing has hurt like this—the loss of innocence I didn't even know I still had. I also know that something in me is forever changed: Afghanistan will always be Parwana, vivid joy even amid so much inhumanity. In my imagination I see Parwana at the moment things fall apart, above the chaos, rising like a butterfly. Though I know it can't be that way, I will always wonder if we could have saved her, and her country.

Rebecca Zimmerman is a senior project associate at the RAND Corporation and a doctoral candidate in strategic studies at Johns Hopkins University's School of Advanced International Studies (SAIS). She has interviewed several hundred Afghan citizens and members of the coalition forces over the past six years. Her research focuses on the evolution of the United States military since 2001 and its approaches to governance and security force development.

This commentary originally appeared on NYTimes.com on September 13, 2012. Commentary gives RAND researchers a platform to convey insights based on their professional expertise and often on their peer-reviewed research and analysis.