A Crucial Difference on Iran 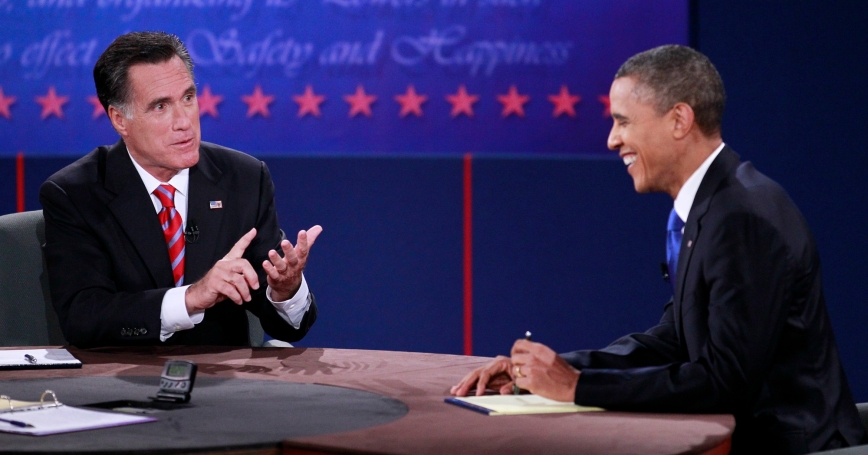 Mitt Romney and Barack Obama had some sharp rhetorical exchanges, but on substance there were few discernible differences. If Mr. Obama was expecting Mr. Romney to distinguish himself by supporting military policies that would be unpopular with Americans (whether in Syria, Iraq, Afghanistan or Iran), he was likely disappointed. Mr. Romney went out of his way to argue that killing bad guys would not be enough to fight radical forces; economic development, education and civil society are key ingredients to future stability. Mr. Obama couldn't agree more.

Mr. Obama said his aim is to get Iran to stop its "nuclear program," while Romney spoke about preventing a "nuclear-capable" Iran. But neither candidate defined the point in Iran's nuclear enrichment that would trigger military action. Both agreed military action would be the last resort. And Mr. Romney even credited Mr. Obama for applying crippling sanctions, only criticizing him for not doing it earlier (which of course Mr. Obama denied) and suggesting he would find ways to strengthen them.

But on the Iran file, a consequential distinction emerged. For Mr. Obama, the intent of crippling sanctions is to bring Iran to the negotiating table to agree to give up its nuclear program and abide by United Nations resolutions, arguing there's a "deal to be had." In contrast, Mr. Romney called for diplomatic isolation of Iran, arguing Iran's diplomats should be treated like pariahs around the world. Diplomatic pressure, as Mr. Romney advocates, is not the same as negotiations. The dilemma is how sanctions and pressure would dissuade Iran's leaders from pursuing their nuclear program (as Mr. Romney recommended) if a President Romney wouldn't agree to sit down and talk with them.

Mr. Obama did not appear to pick up on this disconnect, most likely because he wanted to emphasize the "tough" aspects of his Iran policy and not the off-ramp strategy that will inevitably involve bilateral negotiations with Iran. But if a Romney administration were to pursue a policy shunning diplomacy, it is hard to see how the current sanctions policies, and more covert actions like sabotage, would lead to a resolution. The more likely scenario if diplomacy is rejected or fails is continued escalation—and potentially war.

Dalia Dassa Kaye is director of the Center for Middle East Public Policy at the RAND Corporation.

This commentary originally appeared on NYTimes.com on October 23, 2012. Commentary gives RAND researchers a platform to convey insights based on their professional expertise and often on their peer-reviewed research and analysis.