Bringing the Taliban to the Table: Long-Term Prospects for the Afghan Peace Talks 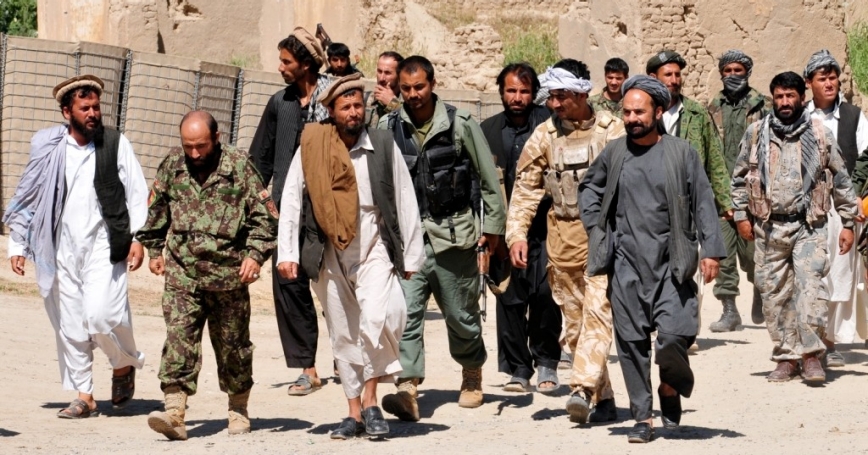 Taliban insurgents turning themselves in to Afghan National Security Forces

In the first few days of 2012, the Afghan Taliban confirmed in an email to media outlets what had been whispered about for weeks: that a tentative agreement had been reached to open an office in Qatar from which to engage in preliminary peace negotiations with the U.S.-led coalition. The move drew criticism for cutting the Afghan government out of the loop and for lending legitimacy and influence to the Taliban even as it continued carrying out serious attacks. However, it also represented the first important step toward the near-universally accepted reality that any resolution in Afghanistan would occur at the negotiation table and not on the battlefield.

That effort now appears to be dead, or at least on life support. After months of delays and rumored prisoner exchanges, it was reported last week that the United States is revising its aims. Going forward, the priority will be to leave behind an Afghan security and governance apparatus capable of denying the Taliban some strategic objectives and thus compelling them to reconsider peace talks.

There has been much debate over whether the United States missed an opportunity to pursue an agreement with the Taliban back in 2009 and 2010, when the international troop presence was at its apex. There are also some who feel that prospects for a deal were terminally compromised when the Obama administration publically announced plans to remove combat forces from Afghanistan by the end of 2014. Regardless, such a discussion misses the larger, incontrovertible point: Even in a best-case scenario, any accommodation between the United States and the Taliban would be strictly limited to initial confidence-building measures and, perhaps, a clearer idea of how the Taliban view their place in a peaceful Afghanistan. Lasting reconciliation in Afghanistan must ultimately occur exclusively between and among Afghans—and therein lies the problem.

The key unanswered question is, What do the Taliban want? Many reflexively believe that they will accept nothing less than a return to the 1990s, when they controlled nearly the entire country. However, recent claims attributed to influential members and Taliban sympathizers suggest that the movement is, in fact, much more open to the prospect of a power-sharing agreement. One thing we do know is that the Taliban have consistently and vehemently rejected the prospect of negotiating with the Karzai regime, viewing it as an illegitimate and corrupt government propped up by the West. Assuming this position holds, we will not be able to evaluate the seriousness of the group's intentions until at least the summer of 2014, when Karzai is constitutionally obligated to leave office.

Further complicating matters is the other side of the Afghan equation. Perhaps the most underappreciated aspect of the reconciliation discussion is the fact that the Afghan government itself has yet to reach consensus on even the broad parameters of a negotiation with the Taliban. Without established talking points, potential concessions, and red lines that are supported by both senior Afghan leaders and key opposition figures, any effort to engage in talks will ring hollow.

Finally, it must be noted that too often in Western vernacular "Taliban" is used as a catchall term to describe a host of insurgent groups that, in reality, function as a multifaceted network and possess varying goals and objectives. As long as international combat troops remain in Afghanistan, it is unlikely that the periodic squabbles between these groups will outweigh the cohesion provided by a common enemy. However, once combat troops are removed from the equation, there is a good chance that many of these links will be tested as competition ensues to fill the resulting power vacuum. Should this occur, the "losers" in this power struggle may be the first to explore reconciliation efforts.

Recent developments notwithstanding, there remains a constructive place for the United States in an eventual peace negotiation. Both sides—the Afghan government and the Taliban—have signaled that the United States would be the most suitable third-party interlocutor and most effective at holding the parties to their word in any agreement. Yet the United States must accept that the timeline must be organically determined by the Afghans and not manufactured to meet a predetermined schedule.

Last month, the United States and Pakistan agreed to establish a committee to vet potential Taliban negotiators. However, Islamabad's track record in supporting Afghan reconciliation has been questionable and even obstructionist. Better that the United States exercise patience, reaffirm its willingness to play a productive role in talks and, most importantly, let the two sides take the lead in reviving these negotiations.

Jason Campbell is an associate policy analyst at the nonprofit, nonpartisan RAND Corporation.