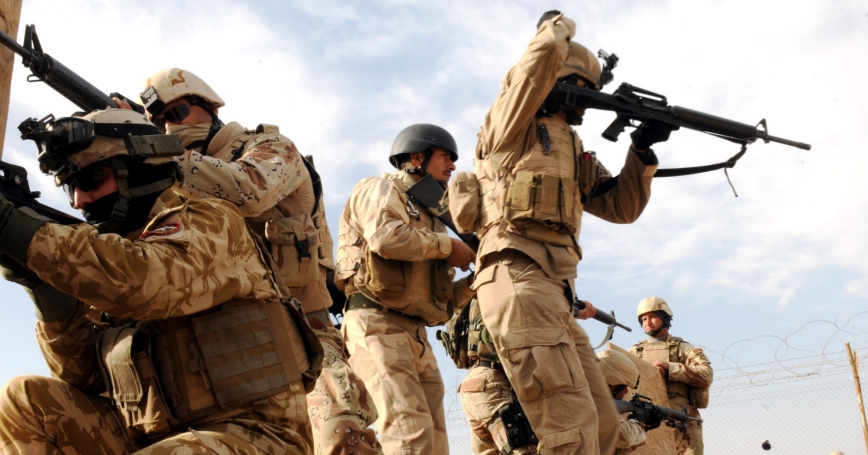 Al Qaeda is back.

Over the past several weeks, the terrorist organization has been involved in lethal bombing campaigns in Libya, Syria, Iraq, and Yemen—to name just a few examples. Most disturbing, operatives from al Qaeda in the Islamic Maghreb and several allies assassinated U.S. Amb. Christopher Stevens and three other Americans in Libya last month.

Based on these developments, it is imperative for both U.S. presidential candidates to address al Qaeda's expanding global presence. Tonight's final presidential debate affords President Obama and Gov. Romney an excellent opportunity to outline the threat—and explain how they would counter al Qaeda and its allies.

One trend is the expansion of al Qaeda's network of affiliated groups. The leaders of four affiliates—al Qaeda in the Arabian Peninsula, al Shabaab in Somalia, al Qaeda in Iraq, and al Qaeda in the Islamic Maghreb (in North Africa)—have sworn bayat, or loyalty, to al Qaeda leader Ayman al-Zawahiri. They have provided al Qaeda's central node in Pakistan with funding, global influence, and a cadre of trained fighters. None of these affiliates existed a decade ago. But their attacks have increased over the past several years.

In Yemen, al Qaeda in the Arabian Peninsula has established control over some areas as the government faces a leadership crisis and multiple insurgencies. From this sanctuary, the group plots attacks against the U.S. homeland. In Somalia, al Shabaab is trying to overcome recent setbacks and expand its foothold with the aid of a growing number of American citizens living in Minneapolis and Phoenix, among other cities.

Al Qaeda has also established relationships with a growing number of allied groups, such as the Pakistan Taliban, Pakistan's Lashkar-e-Taiba, and Nigeria's Boko Haram. While these are not formal affiliates of al Qaeda, a loose arrangement allows them to cooperate with al Qaeda for specific operations or training when their interests converge. Several of these groups have been actively recruiting in the United States.

The American public deserves to know how President Obama and Gov. Romney will confront this threat.

In Afghanistan and Pakistan, will U.S. special operations and other combat forces be needed to target al Qaeda and other militants, as well as to train Afghan forces, even after 2014? If so, how many? What about in Yemen, Somalia, and other countries across the region, where U.S. forces may need to play a long-term role in targeting al Qaeda and building local capacity. What should be the U.S. strategy? And what resources will be required?

Seth G. Jones is associate director of the International Security and Defense Policy Center at nonprofit, nonpartisan RAND Corporation and author of "Hunting in the Shadows: The Pursuit of Al Qa'ida after 9/11."