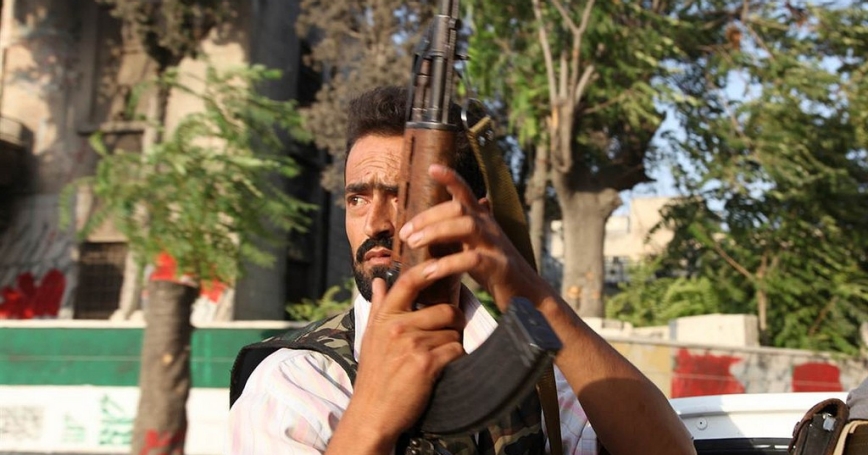 The current unrest in Syria, and elsewhere in the Middle East, is mistakenly being blamed on the Arab Spring. Even before the recent violence, many observers were quick to declare that spring had rapidly turned to winter in the Arab world. Here at home, and just before the presidential debate on foreign policy tonight, a Pew Research Center poll showed that Americans are increasingly skeptical that the Arab Spring will lead to lasting change. The survey, released last week, found that 57% of Americans (up from 43% in April 2011) do not believe that the uprisings will improve the lives of people in those countries.

But the roots of the unrest are not in the desire to cast off authoritarian regimes that took expression in Arab Spring protests. The roots came before the uprisings, and progress will take longer than we wish.

Weak and corrupt government institutions, underdeveloped civil society, a lack of means and habits of peaceful expression, repressed resentments, and the absence of free news media are all legacies of the previous regimes, and still characterize those countries where governments remain authoritarian.

Blame the autocrats, not the Arab Spring.

What's the implication for U.S. foreign policy of hand-wringing over whether the Arab Spring was a good thing after all? That the U.S. should have worked to suppress the uprisings? Opposing the possibility of democracy — in the face of overwhelming popular support — would have further eroded U.S. influence in the region. The Arab Spring has discredited the idea that the secular authoritarian regimes were fundamentally stable; the turbulent dynamics we now see in play were their creations.

Disparagement of the Arab Spring has been accompanied by criticism in some quarters of the Obama administration's support for it and in others of the administration's failure to ensure greater progress toward democracy. Some have suggested that unrest in the region is a consequence of U.S. support for political change.

These critics wrongly suggest the U.S. has much more leverage to create democracies than is realistic. Even where U.S. leverage was not compromised by a history of propping up or tolerating dictators, our country's ability to affect the course of post-authoritarian transitions was generally at the margins. Internal forces drive political transitions, not outside ones.

The impact of U.S. foreign aid in promoting political change is limited by both the dollars available and, more important, the modest reality of what money can do to promote such change. The impact of diplomatic pressure is constrained by opposing domestic political forces and international players such as Russia and China. And the impact of military might in forging democracy is negligible, as Iraq proved.

This is not to say the U.S. should not exercise influence where it has it and back up its expressions of democratic values with offers of support. But we can't expect to control the course of events in these countries.

Democratization has surged during the past four decades. In 1973, 43% of countries were "not free" (as rated by Freedom House); by 2011, that percentage had dropped to 24%, including most of the Arab world. The experiences of the extremely varied countries swept up in this surge suggest there are no insurmountable obstacles to democratization in Arab countries. They also show the importance of taking the long view of where the Arab Spring could lead.

Many transitions to democracy that ultimately succeeded were tumultuous. Portugal had six provisional governments in its first 27 months after exiting the authoritarian fold. Many countries have experienced military coup attempts during transitions.

Creating democracies from the ashes of autocratic regimes is a long, hard slog. It requires changing political culture and rules of the game, building civil society, and many technical reforms. Libya faces the special challenge of building institutions, including security institutions, virtually from scratch.

Laurel Miller is a senior policy analyst at the non-profit, non-partisan RAND Corporation and co-author of Democratization in the Arab World.

This commentary originally appeared on USA Today on October 21, 2012. Commentary gives RAND researchers a platform to convey insights based on their professional expertise and often on their peer-reviewed research and analysis.