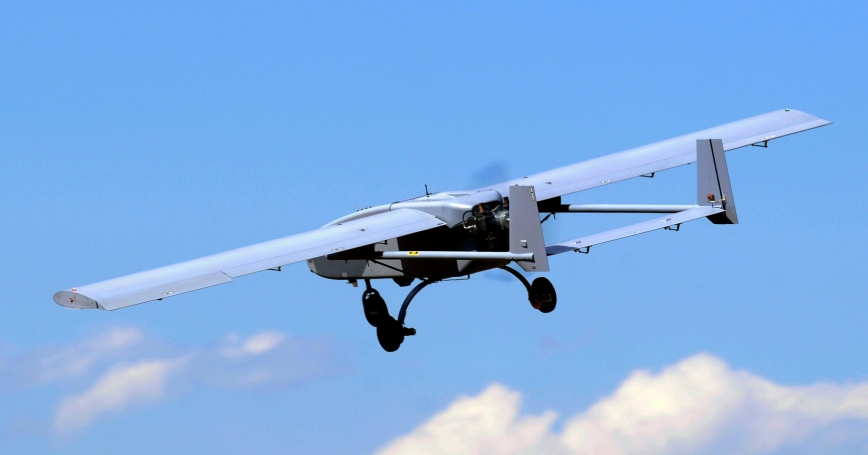 Several days ago, a still-mysterious drone penetrated Israeli airspace and was shot down by Israeli Air Force fighter jets over a sparsely populated region in the Negev desert. In all likelihood, it won't be the last.

I recently spent several years in the private sector at one of the world's foremost developers of unmanned aircraft. Part of my work focused on the competitive landscape for the unmanned vehicle market—examining the strategic implications of new products and capabilities offered by other companies. Even a modestly careful examination of public information (no proprietary secrets involved) reveals some basic facts about the unmanned and remotely piloted aircraft market.

First, it is very difficult to build long-endurance, highly automated, multi-role unmanned systems of the sort often purchased by the United States and its allies. These include familiar names like Global Hawk, Reaper, and their even more capable follow-ons. Only a few companies—the major aerospace contractors in the United States and Europe, mainly—can produce these systems. And only a few countries can afford them.

Second, it is extremely easy to produce modest-endurance, partially automated, single-purpose unmanned systems. Despite their limitations, these low-end systems are militarily useful, particularly for surveillance and reconnaissance where advances in miniaturization and digital processing have made even small payloads highly capable. They can also serve as tools of disruption and propaganda, as we have seen in the most recent episode in Israel. The incident was used by an Iranian Revolutionary Guards spokesman as an opportunity to question the efficacy of Israeli air defenses.

The relatively low technological barriers and low risks associated with their use have created a low end of the unmanned systems market filled with many, many competitors and products. Moreover, the geographic dispersion of these developments is strikingly different from the high end. Practically any country that aspires to an indigenous aviation industry (as most countries do, even if only for national pride) has a reasonably capable, medium-altitude unmanned drone system in development or flying already. Many of these are far less careful and restrictive in their export policies than are the United States and its key allies. This says nothing of true enemies or nonstate actors.

With this context, the recent drone violation of Israeli airspace—while disturbing—comes as no surprise to most knowledgeable observers. Such intrusions are likely to become more common in the coming years, and not just in Israel. Other key allies and even U.S. bases or territory are likely to experience similar events sooner rather than later. As with this Israeli case, disruption and/or embarrassment are the most probable outcome, but damage and loss of life are certainly possibilities.

The only bright spot in this episode was the apparent Israeli success in rapidly detecting and destroying the threat to their airspace. If that turns out to be the case, it was no accident. Israel—no stranger to threats from the air—has been diligent in maintaining its capabilities to counter them. Other Western nations—the United States included—would do well to pay close attention and heed the lesson.

This commentary originally appeared on U.S. News & World Report on October 11, 2012. Commentary gives RAND researchers a platform to convey insights based on their professional expertise and often on their peer-reviewed research and analysis.