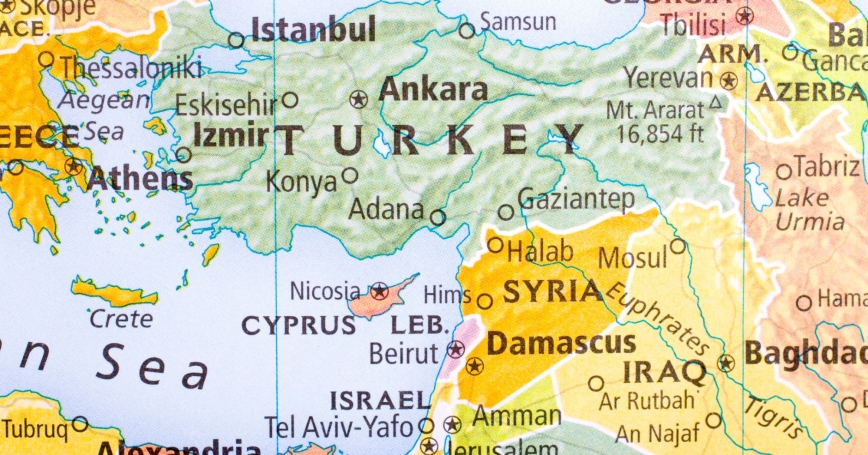 More than any of the previous events in the Arab Spring, Syria's turmoil has presented serious difficulties for Western policymakers. Just as Syria comprises a more complex society than the other Arab countries currently in the throes of political transition, so, too, are its external relations more complex. As a result, any attempt at decisive military intervention would be not only difficult, but also extremely risky.

Syria's leading role in Lebanon, even after withdrawing its occupying forces there, is only one complication. Another is Alawite-minority rule in a Sunni-majority country, which makes Syria a proxy for Shia Iran in the Sunni Arab world. Still other Syrian minority groups — non-Alawite Shia, Orthodox and Catholic Christians, and Druze — are linked to neighboring countries and regional players, inviting intense external interest and even active support. Turkey, Saudi Arabia, and Russia all have strategic interests and factional connections to Syria.

The United States and its NATO allies would, of course, prefer a democratic, Western-oriented regime to emerge in Syria. But, given the country's complex society and external ties, the West should happily settle for a stable government not dominated by Russia or Iran, and not in military conflict with its neighbors, including Israel.

So what is the best US and Western policy? A negotiated end to the current warfare could leave President Bashar al-Assad's regime in power, albeit with a different face in charge. Such an outcome would be a triumph for the cause of hardline dictatorship, suppression of human rights, and Iran and Russia. But it also becomes less feasible as the violence mounts.

That leaves supporting the rebels, but which ones, and how? Yet another factor militating against intervention is that the distribution of power resulting from the Arab Spring is leaving the US with limited influence and little intelligence. But the US and the West cannot leave the matter entirely to others or confine their efforts to the United Nations, where Russia and China prevent any effective action.

So, what should be done? In my view, the US could work with Turkey, Saudi Arabia (taking care not to support Islamic extremists), and its NATO allies, especially France and Britain, to create a prospective successor government for Syria, and to arm its military element. Such a government would have to be representative and coherent. And Western powers would need to be sure that their weapons would not fall into potentially unfriendly hands.

The fact that Iran is arming the Assad regime calls for countervailing action. Some have suggested a more active military role for the US, beginning with a no-fly zone. It may come to that. But the French and British, who urged that course in Libya, have made no such proposal for Syria. One reason is that Syria has a substantial air-defense system, which would have to be suppressed by a bombing campaign — causing significant civilian casualties and risking the loss of aircraft and crews.

Before starting down that road, the US should be convinced that military action would not require US ground forces in Syria. It should also be confident (which is impossible now) about the nature of a successor government.

To meet these criteria would require convening interested countries in order to gain greater insight into both internal Syrian and regional implications of military action. The attention devoted to the Syrian issue during the "non-aligned" countries' recent Tehran summit was a parody of such an exercise.

Holding such a conference is easier said than done. Merely finalizing the guest list would be a major diplomatic feat. Surely, Turkey, Egypt, Saudi Arabia, and Iraq must be invited. Russia, the US, and perhaps France and Britain should be present as well. But to omit a neighbor like Israel, a Syrian client like Lebanon, or a patron like Iran would be peculiar — and inviting all of them would be a formula for chaos.

The uprising in Syria, the most violent of the Arab Spring rebellions, is playing out slowly and lethally. The estimated 10,000 deaths over the last 18 months equal the number killed in just a few days in 1982 in the city of Hama by Assad's father, Hafez al-Assad, whose scorched-earth policy strengthened his hold on power and incurred only rhetorical condemnation from the international community.

The repercussions are likely to be all the more disruptive when, sooner or later, the regime falls. The Assads, like other authoritarian Arab leaders, kept a lid on internal violence and their own citizens' aspirations. But the sheer complexity of conditions in Syria means that the regime's endgame could trigger a transition unlike any other in the Arab Spring, different in both its domestic course and in its effects on the region.

Diplomats make careers of finding procedural solutions to insoluble dilemmas; surely, they hope, there is a conference table with a shape that matches a given strategic configuration. So far, the US has handled the various forms of political transition in the Arab Spring without severely damaging missteps. Syria poses the toughest challenge yet.

Harold Brown was US Secretary of Defense under President Jimmy Carter and is a member of the Defense Policy Board, which advises current Secretary of Defense Leon Panetta. He is an emeritus trustee of the Rand Corporation and the author of Star Spangled Security, Lessons Learned Over Six Decades Safeguarding America.