How Would Iran Fight Back? 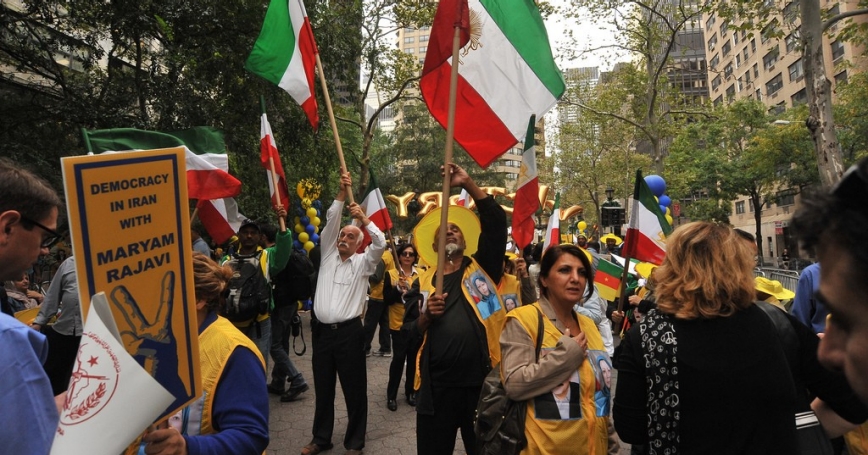 Iran's response to Israeli or U.S. air strikes is likely to feature unconventional tactics that would not necessarily lead to battlefield successes, such as defeat of the U.S. Fifth Fleet. But its strategy could theoretically achieve an overall political and psychological victory.

The Islamic Republic's reaction would incorporate lessons learned from the eight-year Iran-Iraq War in the 1980s and the 34-day war between Israel and Hezbollah in 2006—two of the defining conflicts of the late 20th century. The Gulf War was the longest and deadliest modern Middle East conflict. And Hezbollah, with aid and arms from Iran, fought the longest modern war with Israel. Iran would almost certainly also factor in past U.S. military operations in the region.

Despite their boasting, Iranian leaders are well aware that they cannot defeat the U.S. military in a face-to-face conflict. But as Hezbollah's 2006 war with Israel demonstrated, battlefield losses (or draws) can be turned into psychological victories. The Islamic Republic has devoted substantial information and media resources to fight a psychological war (jang e ravani). Hezbollah was able to withstand the Israeli military and shoot missiles into Israeli cities throughout the conflict—and thus convince many Arabs that it had won.

Iran could again try to claim a victory simply by withstanding an assault and retaining much of its nuclear know-how and technology, even if it sustained significant losses. But Israel and the United States have also learned from the 2006 Hezbollah war. Regardless, any war with Iran could be long, costly and ultimately unsuccessful in eliminating Iran's nuclear drive.

Again facing a superior enemy, Iran would likely rely on a largely defensive and flexible military doctrine known as a mosaic defense (defa e mozaik). Iran has decentralized its military command and control as part of its doctrine of mosaic defense. Its military officials have noted past U.S. operations that targeted command-and-control centers, including wars against Iraq in 1990–91 and 2003, and have actually divided their command into 32 units, one for each of Iran's provinces.

The Iranian air force, made up of aging U.S. and Russian platforms, is no match for either the United States or Israel. And Tehran lacks sophisticated air defenses, despite attempts to purchase them from Russia or develop its own.

Given its limitations, Iran has emphasized passive defense (defa e gheir amali). It has buried and hardened key nuclear facilities. Most of Iran's missiles can be placed on mobile launchers, making them more elusive for Israeli or U.S. fighters. Iran has also built underground silos to make its missiles less vulnerable to airstrikes. The silos could also house nuclear weapons.

After absorbing initial air strikes through passive defense, Iran could then retaliate through conventional missile attacks and asymmetric tactics, from dropping mines in the Persian Gulf to using proxies to attack Israeli or American targets. Iran could use its growing asymmetric naval capabilities to cause economic havoc and increase the pressure on all parties dependent on the Strait of Hormuz.

Iran's most powerful weapons may be the hundreds of missiles that can reach Israel and U.S. bases in the Persian Gulf or Afghanistan. The goal would be a psychological victory. Volleys of missiles shot at U.S. allies, such as Qatar, could seek to punish Arab regimes that host U.S. warplanes or allow overfly rights.

Tehran's military doctrine is defined largely by the Islamic Revolutionary Guards Corps (IRGC), rather than by the Artesh, the often neglected regular military. The Guards would seek to avoid a protracted conflict that could damage the Iranian economy and public morale. The Iran-Iraq War, called the Holy Defense (defa e moghadas), produced hundreds of thousands of casualties and a deep wound in the national psyche. Millions of Iranians were willing to fight for the regime in the revolution's early days, but many may not view a new conflict as a holy defense of the Islamic Republic.

Alireza Nader, coauthor of Israel and Iran: A Dangerous Rivalry (RAND, 2011), is a senior policy analyst at the nonprofit, nonpartisan RAND Corporation.

This commentary originally appeared on The Iran Primer, USIP on October 1, 2012. Commentary gives RAND researchers a platform to convey insights based on their professional expertise and often on their peer-reviewed research and analysis.