Israel, Iran, and the Redline Debate 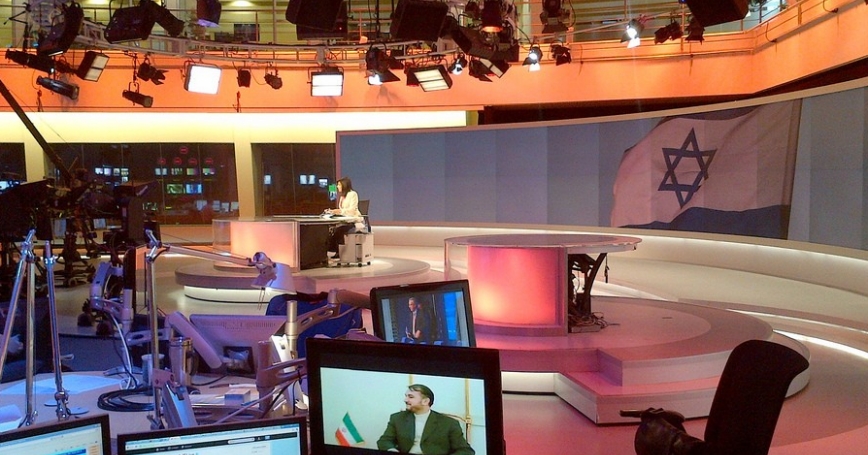 In discussing the latest Iran-Israel dynamics, you can't get away from red lines. They concern the line Iran would have to cross in its nuclear program to prompt a military attack. Israeli Prime Minister Netanyahu went so far as to literally draw a red line on a poster at the UN General Assembly last month. The moderator of the forthcoming U.S. presidential debate on foreign policy said he intends to ask the candidates about these red lines.

What is at stake? Netanyahu's UN address suggested that Israeli military action against Iran is not likely until next spring, buying some time for policies like sanctions and diplomacy to play out—and for the U.S. presidential election to be resolved. But Netanyahu's red line signaled that Israel is not giving up on a military option to thwart Iran's nuclear ambitions and will continue to press the United States to do the same.

President Obama has thus far held back from spelling out what stage of Iranian nuclear development would trigger U.S. military action (e.g., certain levels of enriched uranium that allows Iran to have the capability to produce nuclear weapons, as Netanyahu outlined at the UN, or evidence of actual nuclear weapons development). He appears to prefer private consultations with Israeli security leaders in efforts to reach strategic alignment on how to handle this issue. His stance also suggests concern that public red lines might prove ill-defined or risk eroding the credibility of those making the threats. If the United States were to threaten military action against Iran, it would need to be prepared to follow through.

Numerous nonpartisan studies, including those from RAND, underscore the risks of the military option and its limitations in actually stopping Iran. In fact, most of these studies suggest the military option would be more likely to encourage Iran to weaponize its nuclear program, which it has not yet done.

The magnitude and complexity of the challenge risk making it a political issue in the U.S. campaign. The Romney campaign has sought to portray Governor Romney as "tougher" on Iran, although the Republican candidate's statements to date do not suggest dramatic differences with the current course of U.S policies.

Making a decision to go to war with Iran may inevitably require political considerations, but it is one that any future president will, more importantly, need to weigh carefully based on a cost-benefit assessment and the input of the U.S. military. It would require broad bi-partisan support.

Politicizing this issue at Monday's presidential debate could thus prove a setback for efforts to ultimately prevent Iran from acquiring nuclear weapons. Despite the many differences between Democrats and Republicans, this is a goal all can agree on. Trying to tease out distinctions on this issue for political gain will not serve American, or for that matter Israeli, strategic interests.

Dalia Dassa Kaye is director of the Center for Middle East Public Policy at the nonprofit, nonpartisan RAND Corporation.