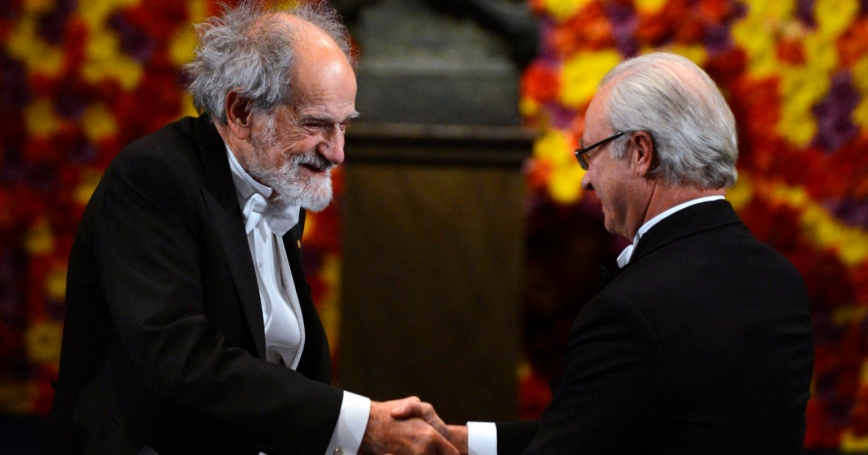 Lloyd S. Shapley, a longtime RAND researcher and professor at the RAND Graduate School who is now an emeritus professor at UCLA, has been awarded the Nobel Prize in Economics jointly with Alvin E. Roth for his work on game theory.

"This year's Prize concerns a central economic problem: how to match different agents as well as possible," the Royal Swedish Academy of Sciences said in a press release today. "For example, students have to be matched with schools, and donors of human organs with patients in need of a transplant. How can such matching be accomplished as efficiently as possible? What methods are beneficial to what groups? The prize rewards two scholars who have answered these questions on a journey from abstract theory on stable allocations to practical design of market institutions."

In the work recognized by the Nobel committee, Shapley and Roth, working independently of one another, were honored for their research concerning "the theory of stable allocations and the practice of market design."

Shapley, a research mathematician at RAND from 1948 to 1950 and 1954 to 1981, taught "Game Theory and Applications" at RGS (now the Pardee RAND Graduate School) in the early 1980s. He used so-called cooperative game theory to study and compare different matching methods, according to the committee. A key issue is to ensure that a matching is stable in the sense that two agents cannot be found who would prefer each other over their current counterparts. Shapley and his colleagues derived in particular the so-called Gale-Shapley algorithm to ensure a stable matching. Shapley was able to show how the specific design of a method may systematically benefit one or the other side of the market.

Game theory has a distinguished history at RAND. According to the publication 60 Ways RAND Has Made a Difference, many people mark the beginning of the mathematical field of game theory with the 1944 book Theory of Games and Economic Behavior by John von Neumann, who was later a RAND consultant, and Oskar Morgenstern. RAND's mathematics department excelled in game theory, particularly the aspect of the field that involved non-zero-sum games.

Shapley, who lent his name to the term "Shapley value," contributed major insights into game behavior involving three or more players in actual social situations, such as voting or, in one notable paper, college admissions and the stability of marriage. Later in his career he published a paper aimed at providing a layman's perspective on the topic.

Shapley is not RAND's first Nobel laureate in economics. When a young Columbia economics Ph.D. candidate named Kenneth J. Arrow spent the summer of 1948 at RAND working on game theory, he had a conversation that led to the topic of his dissertation, which he finished writing at RAND the following summer. Issued as a RAND report, Social Choice and Individual Values describes the Impossibility Theorem for Social Choices and became the essential text for social scientists interested in applying sophisticated analytical mathematics to socioeconomic problems. When Arrow later won the Nobel Prize in Economics for his work, this book was cited as a major aspect of his accomplishment and a turning point in the development of modern economics.

Another Nobel Prize winner, Thomas Schelling, worked at RAND on problems involving analyses of how individuals, countries, and businesses make decisions while anticipating the likely response by others. Merrill Flood and Melvin Dresher famously framed "the Prisoner's Dilemma" at RAND in 1950. And while at RAND, David Blackwell defined the "silent duel" situation in game theory. These advances and others helped advance game theory as a useful tool for examining strategic situations in many fields.