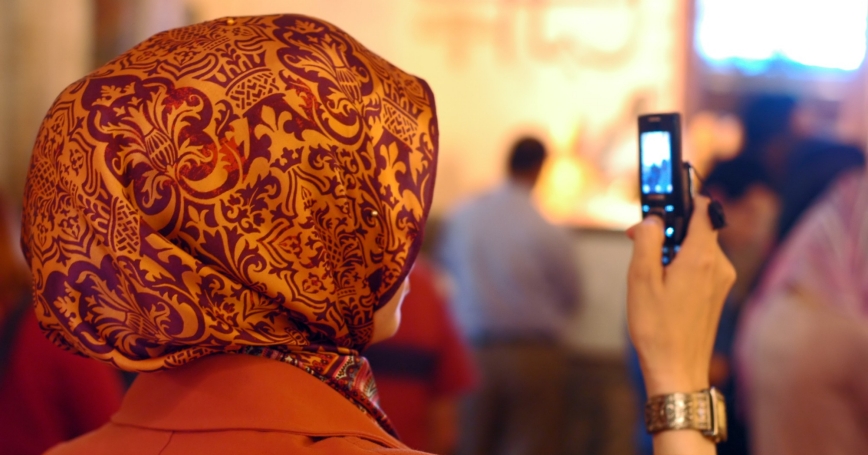 The New York Times recently highlighted the growing use of Twitter in Saudi Arabia to criticize and express dissatisfaction with the Saudi government.

Using social media for political purposes—particularly to rally government opposition—has been widely reported in Middle Eastern countries such as Tunisia and Egypt. While the extent to which social media may have been instrumental in fueling these protests is still debated, there was certainly a great deal of ongoing conversation. Because of the ease of communication and relative anonymity afforded by social media, the content of such conversation may reveal valuable insight into public opinion and mood regarding specific political topics and events, or approval of political leaders.

Accordingly, social media use in these countries has been much studied, using techniques such as sentiment analysis. Much of the analysis has focused on ordinary citizens as well as prominent dissidents—that is, voices that may have previously been silenced by repressive governments.

For example, in the months after the contested Iranian presidential election in June 2009, Iranians used Twitter to speak out about the election and the protests and other events that followed it. Seeking to understand Iranian public opinion and mood during this period, we analyzed more than 2.5 million tweets discussing the election, which were sent by Iranian protesters, supporters of the Green Movement as well as government loyalists, and observers across the world. These tweets revealed a highly dynamic conversation between people inside and outside of Iran, discussing a broad range of election-related topics—including their reactions to the often-violent protests sweeping the nation.

The Iranian government would join this conversation as well. News reports from this period (as well as tweets that we examined) suggested that the government engaged social media users both covertly—attempting to infiltrate and influence the discussion, and overtly—warning protesters against attending demonstrations and threatening others who had spoken out against the regime.

Governments, like many private corporations, appear to increasingly recognize the benefits of directly engaging their constituents and customers. Given how the public has used social media for political speech, it is unsurprising that governments concerned about potential unrest would also use it to monitor population sentiment, zero in on important issues, and engage protesters. This may be particularly helpful if people are unwilling or unable to express their true feelings elsewhere.

The result may be another window with which to understand foreign governments' perspectives, supporting further analysis and outreach. Just as valuable insight into a population's opinion and mood may be gleaned from monitoring social media, a regime's own online actions may shed new light on its attitudes and priorities. For example, the topics that a government censors or chooses to respond to—or that provoke its anger—may hint at its political priorities and concerns. In Saudi Arabia, for instance, charges of corruption appear to have struck a nerve with the royal family.

Exploring how people use social media has provided useful insight into public opinion. This insight may be particularly valuable in countries where freedom of expression may be limited, for whom social media may serve as an important outlet.

Going forward, analyzing the speech and actions of governments who engage their citizens using social media may prove similarly valuable. Social media should therefore be seen not merely as an information source with which to assess public opinion but, potentially, to better understand governments' perspectives and priorities.

Douglas Yeung is a behavioral scientist at the nonprofit, nonpartisan RAND Corporation.