The Iranian Regime Is in Trouble 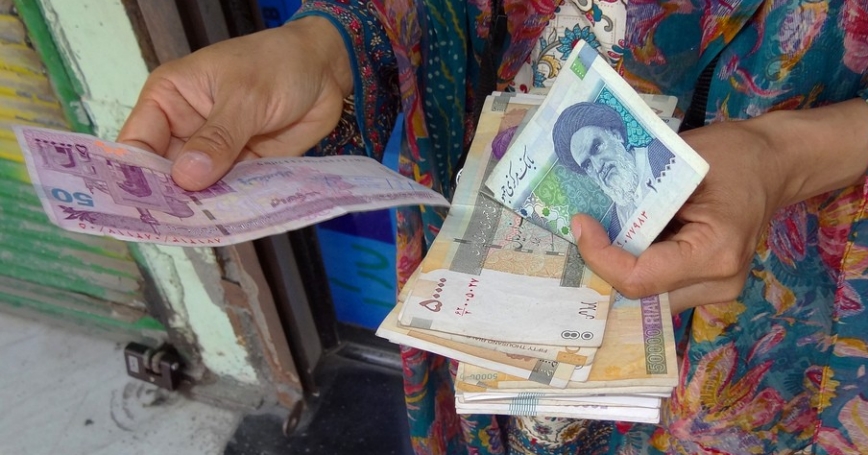 Today's protests in Tehran over the economic crisis spell serious trouble for the Islamic Republic. The devaluation of Iran's currency, the rial, by as much as 40 percent in the last few days has made it very difficult for the average Iranian to afford everyday food stuffs. It is no surprise that protests have broken out in Tehran's central bazaar and its surrounding streets. The bazaar is a critical pillar of support for the Iranian regime. The loss of confidence among Iran's merchant and business classes could shake the foundations of the Islamic Republic.

Yet these protests may be motivated by a more specific, immediate goal: the discrediting and possibly removal of President Mahmoud Ahmadinejad from power. Ahmadinejad has been the bane not only of reformists, but also Iranian conservatives. His 2011 challenge to Supreme Leader Ayatollah Ali Khamenei, in which he dismissed the Minister of Intelligence without Khamenei's permission, has turned much of the conservative political class, including members of the Revolutionary Guards, against him. Ahmadinejad has also been accused of mismanaging Iran's economy, which has seen a sharp decline under his presidency. Some of this is due to U.S. sanctions against Iran's nuclear program. But Ahmadinejad's fiscal and monetary policies, including the injection of massive amounts of cash into the economy, can also be blamed for Iran's current economic malaise. It is likely that Khamenei and his conservative allies will make Ahmadinejad the scapegoat.

Any instability in Iran, even if it is meant to pressure Ahmadinejad, is bad news for the entire regime. The nose-diving economy has affected the lives of millions of Iranians; they are unlikely just to blame Ahmadinejad alone. Khamenei could resort to greater use of force against his opponents, be they conservatives or the moribund Green Movement. But the use of force could only exacerbate unrest. Dissatisfaction with the regime is not only due to economic issues but social and political issues as well.

It is clear now that the Iranian regime can be pressured by economic and diplomatic means, such as that exerted by U.S. policy. The current instability also should serve as a reminder to Israeli decision-makers that military strikes against Iran are not necessarily the best solution. But the United States should be prepared to go one step further by vigorously and resolutely defending the Iranian people's right to live in freedom and dignity.

Alireza Nader, coauthor of Israel and Iran: A Dangerous Rivalry, is a senior policy analyst at the nonprofit, nonpartisan RAND Corporation.

This commentary originally appeared in U.S. News & World Report on October 3, 2012. Commentary gives RAND researchers a platform to convey insights based on their professional expertise and often on their peer-reviewed research and analysis.