What the Soviets Can Teach Us About Leaving Afghanistan 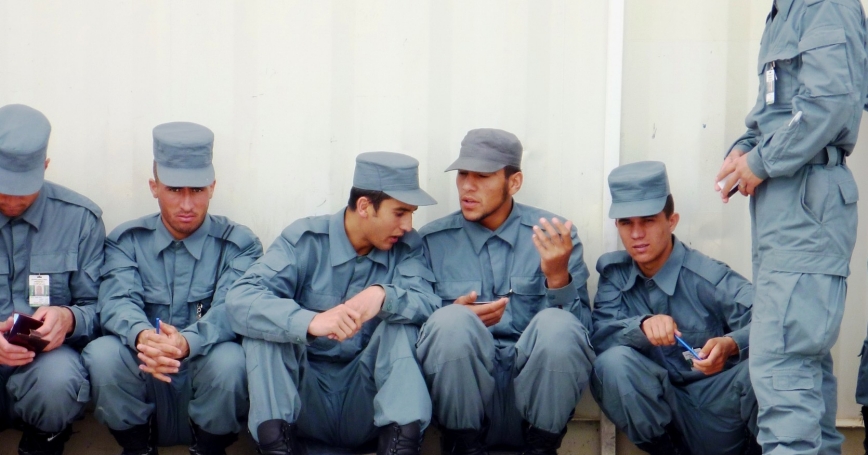 The recent spate of attacks by Afghan police and military forces on their coalition partners and advisors has drawn renewed attention to the future of U.S. forces in Afghanistan—something CBS News's Bob Schieffer has promised to ask President Obama and Governor Romney about at Monday's final presidential debate.

The attacks are not only causing the NATO-led International Security Assistance Force to rethink its approaches, but have also focused attention on wider worries about the capabilities, loyalty, and staying power of the Afghan National Security Forces. While these concerns are very real, I have at least one reason to think that the Afghan forces might be more capable than we expect.

This reason is historical experience—specifically, the experience of the Soviet Union in Afghanistan a little over two decades ago. There are substantial differences between that war and the one the United States, the Government of the Islamic Republic of Afghanistan, and their coalition partners have been fighting. But there are also some similarities, and there are surely lessons to learn.

The Soviets, like the International Security Assistance Force, realized early on that the Afghan police and military were their best hope of getting their own troops home. However, after a decade of effort, Soviet advisers did not assess their Afghan counterparts as particularly capable, loyal, or trustworthy. In fact, the consensus was that the Afghan security forces would not last long following a Soviet withdrawal, and with them would fall the Afghan government. The Afghans agreed: President Mohammad Najibullah pleaded with the USSR to maintain their force presence. The Soviets, bound by international commitments and long wanting out of Afghanistan, refused and left. The Afghan security forces and the Afghan government fought on. As it turned out, they lasted longer than the Soviet Union did. In fact, they lasted as long as Soviet money and guns were flowing. They did not win—the country remained in conflict, with large swathes of it outside government control. But Afghan forces maintained order in key areas, and they kept the Najibullah government in power until, in fact, the funds ran dry.

The Soviets went about building Afghan security forces not entirely dissimilarly from the way the NATO force has. They exported their own approaches and were frustrated when Afghans failed to take on their methods. They had difficulty ensuring that the majority of personnel were trained, although they were fairly successful with the more elite forces, which got more attention. They operated with the Afghans but relied on capabilities that Afghanistan could not sustain, such as substantial airpower. A bit different from the current effort, they (and the Afghan government) relied increasingly on militia forces, which received very little in the way of Soviet training and oversight as the conflict went on—though they got plenty of guns. As a result of all of this, Soviet advisers significantly underestimated what their Afghan partners could do.

So we may take from this that the Afghan forces are more capable than we think. But there are two other things we can take from the Soviet experience that are crucial to the future of Afghanistan and somewhat less encouraging. First, the capability of the Afghan security forces and their ultimate success remains heavily dependent on foreign financial support and armaments. Afghanistan quite simply cannot maintain its forces on its own.

Second, Afghanistan will fail if it does not have a central government with enough strength, support, and willpower to maintain control of the bulk of its forces. Najibulla's government was powerful, whatever else one may say about it. It seems plausible that if it had been weak, Afghanistan would have descended into total chaos that much sooner.

The 2014 Afghan election will therefore be an important bellwether: How well the security forces keep order leading up to, during, and after that election will tell far more than any number of International Security Assistance Force evaluations about their capabilities. But even more important than how the Afghan forces perform will be what candidates are fielded and what sort of support they get. Because without a genuine government to report to, there is no reason to expect the Afghan security forces—regardless of their capabilities—to do much good at all.

This commentary originally appeared on U.S. News & World Report on October 18, 2012. Commentary gives RAND researchers a platform to convey insights based on their professional expertise and often on their peer-reviewed research and analysis.