Why Civilian Military Secretaries Are No Longer Needed 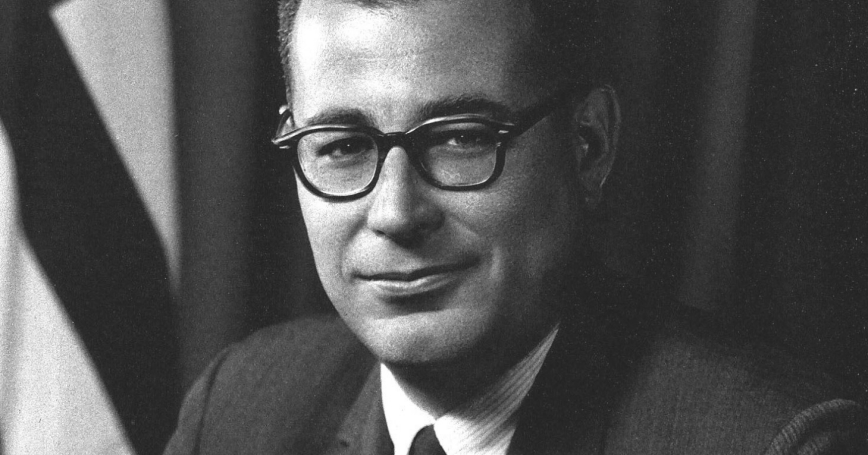 Harold Brown from his time as Secretary of the Air Force

The four military services in the Defense Department differ in their roles, missions and skills - which are good reasons to retain their separate identities. But as the duties of the uniformed service chiefs have converged with those of the civilian secretaries of the Army, Navy and Air Force, the latter have become redundant appendages. Eliminating those positions would save money and streamline management, a good example for the rest of government. In today's climate of fiscal austerity, cutting overhead is better than cutting defense programs.

Reciprocal loyalty between a civilian secretary and a military service chief represents the best relationship. The secretary can present the service's case to the defense secretary and Congress while shaping the military organization to fit better into national strategy. In principle, the secretary provides an extra layer of civilian oversight and political insulation. But typically, that person is little more than a mouthpiece for his military subordinates; otherwise, the military goes around him to the media or contractors who have the ear of lawmakers. Any political insulation is undercut by the provision of law granting the military chiefs direct access to Congress.

Neither the military chiefs nor the secretaries command military combat operations. The role of both is to organize, train and equip forces - and provide them to the Unified and Specified Combat Commands who conduct those operations. In the late 1940s and early '50s, the military departments were designated "executive agents" for various theaters of operations. That ended in 1953, although the military chiefs maintained an additional role, even with more sweeping changes of 1958. Those changes put the Joint Chiefs collectively in charge of the Joint Staff, and Joint Chiefs collectively transmitted orders of the president and defense secretary to the combat commanders.

As a result of the Goldwater-Nichols Act of 1986, the chairman of the Joint Chiefs - although not in the command chain - now transmits those orders, has sole authority over the Joint Staff, is the president's principal military adviser and has a vice chairman who acts in his absence. The military chiefs and the service secretaries can advise the president and the defense secretary, but they are not in the chain of command. Put another way, since 1949, the military chiefs have become resource managers, like the service secretaries.

Civilian direction and oversight of the military remain a fundamental requirement, now exerted by the defense secretary and his staff. Decisions on weapons-system choices, composition of forces and personnel are made there. Defense contractor competitions and choices are usually run by the military within each service and are reviewed by the service secretary after the military chief. Whether that is to eliminate or ensure a political input, it can be done at the level of secretary of defense. So civilian oversight of support functions - the whole of the service secretary's task - is currently done or repeated by existing elements in the offices of the undersecretaries of defense.

Eliminating the service secretary positions would require legislation to replace Title 30 of the National Security Act. To the degree that the Marine Corps, as part of the Navy Department, relies on the Navy secretariat to ensure support from the Navy's structure, the defense secretary's staff can do that, too. In fact, his staff makes the final inputs on those issues now.

I am reminded of an apocryphal piece of Washington history. In the 1950s, the Army reexamined its Table of Organization and Equipment. It found that an artillery battery contained one soldier whose presence and function were unexplained. The position was that of the man who, during combat, had held the horses that drew the caissons carrying the guns. The horses had gone, but not the personnel slot. Let's retire another set of horse holders.

This commentary originally appeared on The Washington Post on October 19, 2012. Commentary gives RAND researchers a platform to convey insights based on their professional expertise and often on their peer-reviewed research and analysis.