Chinese-Iranian Ties in the Face of the Nuclear Crisis 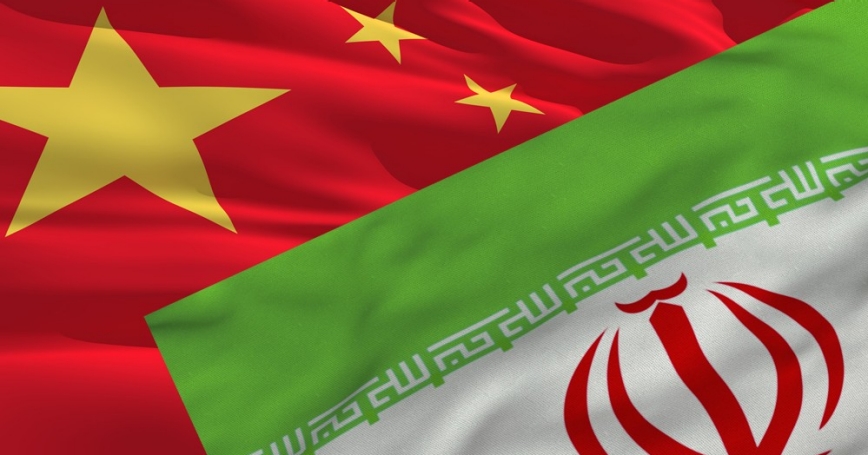 The U.S. effort to isolate and pressure Iran in order to extract concessions on the nuclear program faces a significant vulnerability: the strong ties between the Islamic Republic and the People’s Republic of China (PRC). The PRC has emerged as Iran’s biggest trade and energy partner, allowing Tehran to escape some of the worst consequences of sanctions. In addition, the Chinese leadership views Iran not only as an important economic partner, but also a potential ally in offsetting U.S. power in the Middle East and beyond. Growing competition between the United States and China in the Asia/Pacific region could translate into increasing cooperation between China and Iran, presenting an obstacle for U.S. efforts to dissuade Iran from weaponizing its nuclear program.

However, growing ties between China and Iran also presents challenges for both nations’ authoritarian regimes. The Chinese leadership does not want to appear to be abetting an increasingly isolated Iran in conflict with much of the Western world, upon which China relies on for its economic growth. There have been indications that Chinese companies have succumbed to pressure and reduced ties to the Iranian economy. In addition, the Islamic Republic is wary of being perceived as a client state of a growing foreign power. But China could also be reducing ties to Iran for the moment, waiting for the U.S. presidential election to end in order to craft a more permanent Iran policy that could benefit its long term national and economic security interests.

Iran’s economy has suffered a perilous decline in the last few months. Sanctions against the Iranian Central Bank and the European Union’s boycott of Iranian oil have led to a 40% drop in Iran oil exports and the devaluation of Iran’s currency, the rial, by as much as 90%. In addition, Iran’s major Asian oil buyers, such as Japan, South Korea, and Taiwan, have reduced their purchase of Iranian oil under U.S. pressure. China is currently Iran’s number one oil customer; it may have temporarily reduced its purchase of Iranian oil in the last few months but this appears to have been due to price negotiations between Iran and China rather than the result of overt U.S. pressure. It is not clear that Beijing is fully on board the U.S. policy of isolating and sanctioning Iran.

Iran has been a traditional source of energy for China. The Islamic Republic is currently estimated to be the third largest energy provider to the PRC. Hence, the Chinese leadership may be reluctant to hurt a historically important relationship. But perhaps more importantly, Iran, which has abundant oil and natural gas reserves, is a more secure source of energy for China than Arab nations allied to the United States. China may be able to wean itself from Iranian oil in the short term by purchasing energy from Iran’s regional competitors, such as Saudi Arabia and the UAE. Indeed, China has increased its ties to both Arab nations as Iran’s ability to sell its oil has been effected by U.S.-led sanctions. Nevertheless, the Arab nations of the Persian Gulf are allied to the United States, whereas the Islamic Republic is the only major Middle Eastern power isolated from the West.

An embattled and anti-American regime in Tehran has the ability to offset U.S power in the region, especially if China faces a conflict with the United States in Asia and even the Middle East. The Chinese are particularly worried that their supply of oil from the Persian Gulf, mostly transported to China by sea, could be disrupted by the U.S. Navy. Iran, which is relatively close to China’s western borders, would not abide by a U.S. blockade and could even ship energy to China through overland pipelines.

However, China’s failure to join the sanctions regime against Iran could also imperil its long term interests. The Chinese economy is dependent on close trade and investment ties with the United States and its European allies. In addition, America’s allies in the Middle East, including Israel and Saudi Arabia, are deeply anxious regarding Iran’s growing nuclear capabilities. Any perception of China shielding Iran from sanctions could damage China’s ties to these countries, jeopardizing its efforts to maintain an economic growth rate which could stave mounting social instability within China. Beijing’s partnership with Tehran, while important geopolitically, is nevertheless a delicate balancing act which could be disrupted by Iran’s nuclear pursuit and the displeasure of China’s main economic partners.

In many ways, China is an ideal partner for the Islamic Republic. Iran does not have any powerful allies that can offer it protection. Even Russia, which has traditionally shielded Iran within the UN Security Council by opposing sanctions, signed off on UN resolution 1929, which precipitated a host of devastating unilateral American and European sanctions. China also signed the resolution, but it has vigorously opposed unilateral (U.S. and European) sanctions since then. Furthermore, the Chinese do not interfere in Iran’s internal affairs and have not pressured the regime to enact political reforms. China’s business relationship with Iran is not predicated on the Islamic Republic’s behavior at home or abroad.

But there is also the risk of the Iranian regime could become overly dependent on China. Resistance to imperialism is one of the key pillars of Iran’s revolutionary state; an isolated Iran could over time become too dependent on its economic ties to China. The Chinese have taken advantage of Iran’s weakened international position to obtain favorable oil deals from Tehran. When convenient, Chinese companies have curtailed ties with Iran in order to ease U.S. pressure. From Tehran’s perspective, China could be pursuing its own narrow objectives rather than seeking to build an enduring and mutually beneficial relationship with Iran. High ranking Iranian clerics have complained about China’s suppression of its Muslim-majority Uighur population while Iranian opposition activists have portrayed China as the enabler and chief external protector of Iran’s own repressive regime. A future democratically inclined Iran may not view China in a favorable light given its historic support for the Islamic Republic.

For now, Iranian-Chinese ties may remain strong. China is in principle opposed to sanctions against Iran, and could veto any UN Security Council resolution that authorizes the use of force against the Islamic Republic. However, ties between Iran and China, two important regional powers that oppose U.S. power in their respective regions, are also defined by a certain degree of tension that could prevent a true strategic partnership between the two nations. China will maintain a respectable distance from Iran before the conclusion of the U.S. presidential election. But any perceived hostility toward China from the next U.S. administration could lead to greater Chinese intransigence on the Iranian nuclear issue. China’s key challenge is to balance its close economic partnership with the United States and its allies with its geopolitically advantageous ties to the Islamic Republic.

This commentary originally appeared on BBC Persian on November 9, 2012. Commentary gives RAND researchers a platform to convey insights based on their professional expertise and often on their peer-reviewed research and analysis.