Don't Give Up on Egypt's Political Transition Just Yet 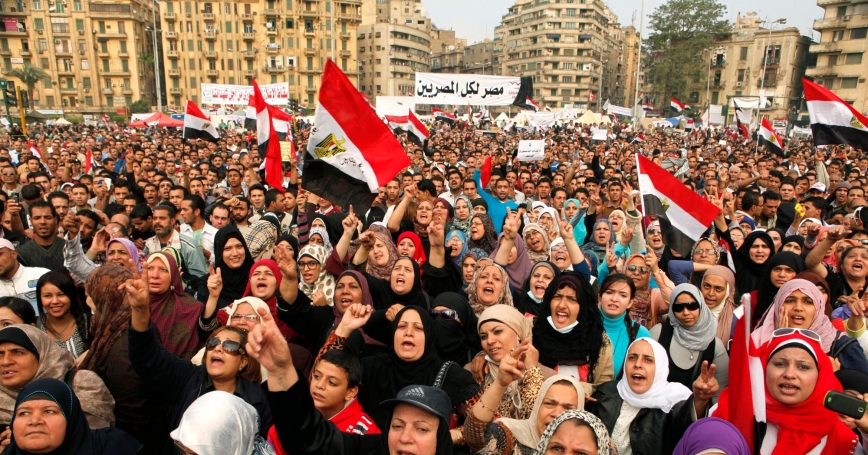 A pall hangs over the Egyptian political transition, with apparent presidential power grabs, the judiciary up in arms, and new protests filling the public squares. But the latest tumult does not mean the transition is doomed to failure.

Many transitions around the world in recent decades have been just as chaotic, yet 180-degree returns to autocracy have been exceedingly rare. Less than two years into the transition in Egypt, after an unusually abrupt regime change, it is still early days, and inexperienced new political leaders are still feeling their way.

That said, President Mohamed Morsi and his colleagues have done themselves no favors by neglecting opportunities for a better planned and executed transition process. While the courts, filled with Mubarak-era appointees, are surely politicized, Morsi has handed them an opening to gain public sympathy, and thereby perhaps unravel transition plans.

Morsi's move last week to declare his decisions above judicial review was seen as an attempt to prevent the courts from dissolving the body—appointed by a parliament already dissolved by the courts—that is drafting a new constitution. But that body (called in the western press an "assembly," even though it was appointed, not elected) is problematic—a selection process wrapped in controversy, inadequate representativeness, and a too-rushed timeline. There is reason to suspect the judges' motives. There is also reason to see the constitution-making process that Morsi established as a missed chance to develop consensus and trust among the disparate groups that created the revolution. And this is just one element of the transition.

That the latest crisis has galvanized opposition may be a good thing. Though the risk of violence is a real danger, not least for the individuals affected, a mobilized population can help keep up the momentum for change and inject Egyptian politics with the long-missing ingredient of accountability.

Laurel Miller is a senior political scientist at the nonprofit, nonpartisan RAND Corporation and co-author of the recently published monograph Democratization in the Arab World: Prospects and Lessons from Around the Globe.

This commentary originally appeared on U.S. News & World Report on November 28, 2012. Commentary gives RAND researchers a platform to convey insights based on their professional expertise and often on their peer-reviewed research and analysis.