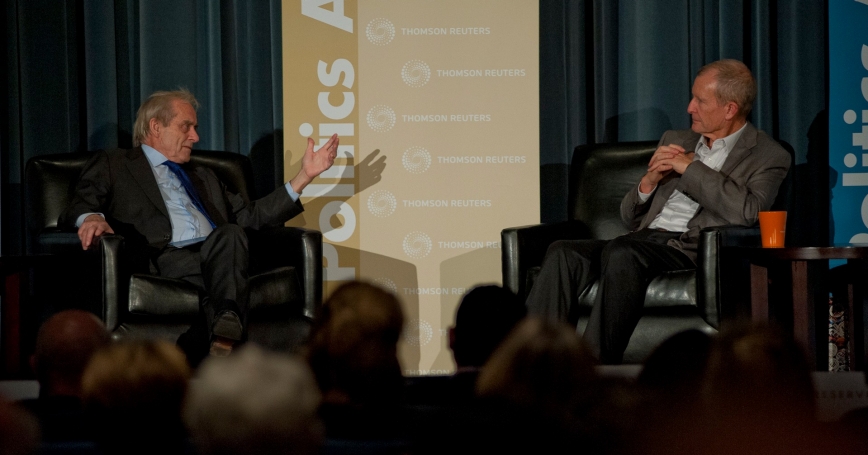 Adm. Dennis C. Blair (right), former Director of National Intelligence, tried to make the case for breaking up the CIA during his tenure but didn't get very far, he said during the opening session of the RAND Corporation's Politics Aside event Thursday evening.

"I think I made it one step down the road to first base," Blair said, drawing laughter from Sir Harold Evans (left), editor at large of Thomson Reuters, and the audience. Blair said the idea—which he still advocates—would be to split the CIA into separate clandestine human intelligence collection (HUMINT), analytical, and paramilitary components. He said the agency has been tilting inappropriately toward the latter approach.

Blair downplayed the prospects for Asia going to war over "island rocks," and said he was skeptical of reports that the FBI and CIA were at odds over the Petraeus resignation.