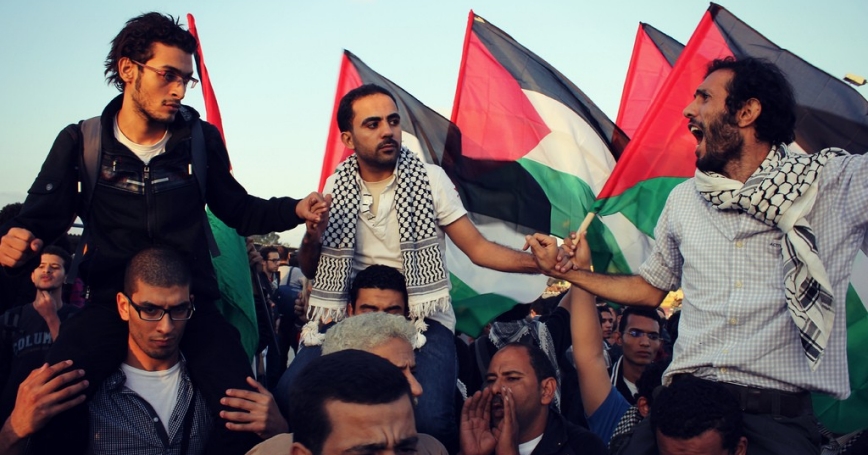 Egyptian convoy at the Rafah border between Gaza and Egypt

The latest clash between Israel and Hamas in Gaza has myriad military and diplomatic implications.

"But the cycle of violence is likely to continue without a broader strategy," Dassa Kaye says. "An unfortunate consequence of this new round of confrontation is that Hamas' political position has strengthened among Palestinians, further marginalizing the already weak Palestinian Authority ruling over the West Bank. Without renewed negotiation efforts to bring about a two-state solution, this trajectory is only likely to continue, raising the prospect of Hamas rule over all Palestinian territories.

"The United States and Israel should capitalize on Egypt's active role in mediating a cease-fire and thus revisit initiatives like the Arab Peace Initiative, which in the new regional strategic environment may be the best hope of reviving the moribund peace process before it is too late."

While Israel holds the upper hand militarily, the sort of conflict unfolding in Gaza could prove difficult. In previous conflicts in Lebanon (2006) and Gaza (2008-'09), Israel had to adapt to "hybrid warfare."

In that case, Israel expected sharp fighting but was confident the Israeli Army would defeat Hezbollah forces quickly. Instead, the conflict dragged on for weeks and ended with a negotiated settlement.

Applying the lessons it learned from 2006, the Israeli military undertook significant reforms that were effective during Operation Cast Lead, when Israel fought Hamas in Gaza in 2008-'09. In comments that could be applicable to today's conflict, Johnson wrote that "successfully striking targets 'amongst the people' in Gaza required a combination of exquisite interagency intelligence, precision strike, and low-yield weapons."