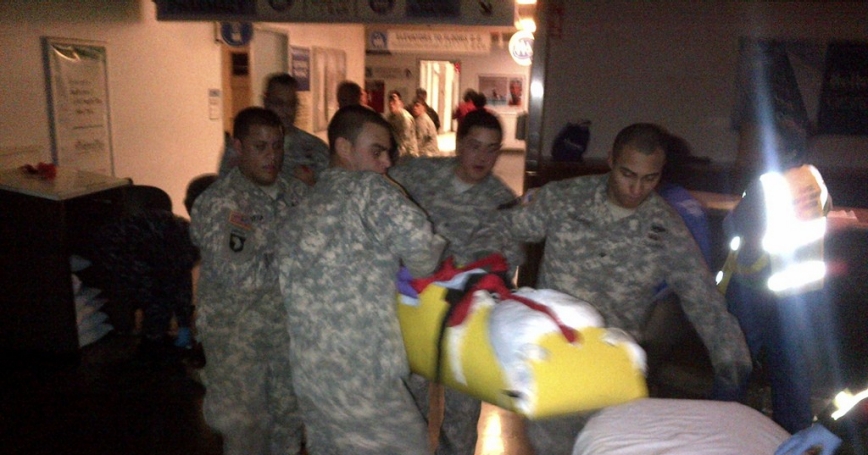 When Hurricane Katrina roared into the Gulf of Mexico in August 2005, New Orleans was ill prepared for what followed. When storm-weakened levees failed the following day, the ensuing flood inundated large parts of the city, including several hospitals. Charity Hospital, a massive 2,680-bed facility, quickly lost power because its backup generator drowned in the hospital's basement.

Fast forward seven years. As Hurricane Sandy bore down on coastal New Jersey and New York City, officials thought they were ready. NYC Mayor Michael Bloomberg had received assurances from the city's hospitals that they could function on their own in the event of a power outage. But when storm surge swept through areas of lower Manhattan, two of the city's most vital hospitals—NYU-Langone and Bellevue—shut down. The reason? Critical components of both hospitals' backup power supplies—including a generator and fuel tanks at NYU-Langone, and fuel pumps that fed Bellevue's generators 13 floors up—were submerged in their basements. Ultimately, more than 700 patients had to be evacuated from the two facilities.

Other health care facilities struggled as well. In Rockaway Park, Queens, a 200-bed nursing home was disabled when storm surge swept inside its first floor and destroyed its backup generator. After more than 24 hours of misery, ambulances arrived to evacuate the facility's nearly 200 medically fragile patients.

As Yogi Berra famously said, "Its déjà vu all over again."

Reportedly, the generators at all three institutions were tested regularly and confirmed to be in good working order. The problem was not mechanical failure, but a failure of foresight. Seven years after Hurricane Katrina, health care facilities in flood-prone areas should not be relying on backup power that can be swiftly disabled by rising waters.

The problem is that on any given day, disaster preparedness takes a back seat to ongoing operations. The tyranny of the urgent prevents hospital administrators from making investments in preparedness. When the time comes to approach a donor for a major gift, or allocate precious funds for capital improvements, a backup generator rarely makes it to the top of the list. It is admittedly hard to make the case for an investment that, if all goes well, will in some sense never pay off. But as we have seen too often, all does not always go well.

To be fair, hospital administrators must juggle many competing priorities. But few are more important than assuring that the facility will remain functional during and immediately after a disaster. Accomplishing this goal requires a systematic assessment of each hospital's security, seismic integrity, vulnerability to flooding, fire safety, backup power and other essential considerations.

That's why The Joint Commission requires, as a condition for accreditation, that hospitals conduct a hazard assessment and take steps to mitigate any threats. Maintaining a reliable source of backup power is particularly important, because life-support systems depend on it. A health care facility can muddle along with limited supplies and a short-handed staff for several days, but it cannot function without power.

New York City's hospitals did many things right before, during and after Hurricane Sandy. Many consider the city a national leader in disaster preparedness. A few months before Sandy, RAND pilot-tested a novel, no-notice disaster exercise at another major NYC hospital. The exercise dealt with general preparedness, not specifically backup power, but the hospital passed with flying colors. Those of us who live elsewhere should ask: If hospitals in a city that is generally very well-prepared for emergencies weren't up to snuff for Hurricane Sandy, how well would my hospital do under similar circumstances?

Hospital preparedness is more than a hoop to jump through; it is a fundamental part of a hospital's commitment to its community. Hoping that nothing will happen or assuming that one's medical staff will "rise to the occasion" and overcome any difficulty is not a plan; it's a recipe for failure.

The challenge of backup power isn't limited to hospitals. In the aftermath of Sandy, scores of gas stations in New York City and New Jersey could not function because they lacked backup power to operate their pumps. Gen. Russell Honore, who led the U.S. Army into New Orleans in the tumultuous days following Hurricane Katrina, recommends that every gas station and pharmacy should be required to have an "IBG"—an itty-bitty generator. Today, millions in New Jersey and New York state agree.

No city, even a great one, can absorb a hit as massive as those inflicted by Hurricanes Katrina and Sandy without sustaining serious damage. But with proper foresight, communities can take important steps, in advance, to limit the consequences and swiftly bounce back. This includes assuring that essential facilities, such as hospitals, nursing homes and gas stations have a reliable and survivable source of emergency power.