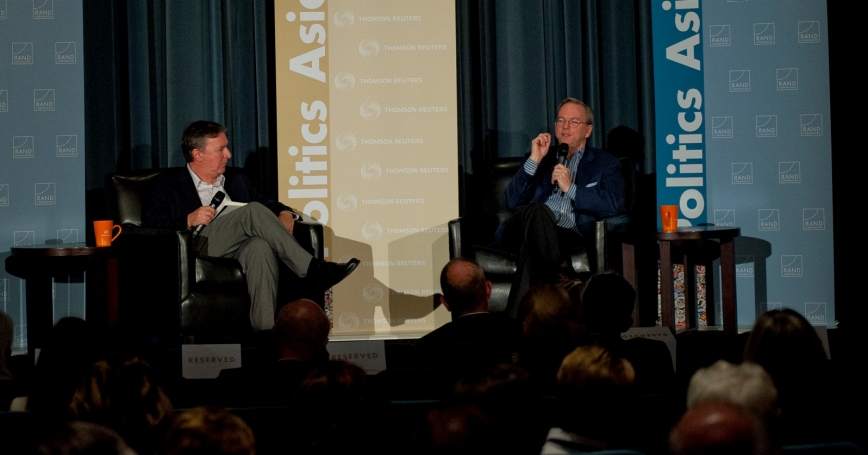 Jonathan Weber and Eric Schmidt at RAND's Politics Aside event

Eric Schmidt (right), executive chairman of Google, told the opening session of the RAND Corporation's Politics Aside event Thursday evening that he is "terribly worried" about the prospect of "balkanizing" the internet.

In discussion with Jonathan Weber (left), West Coast bureau chief for Reuters, Schmidt decried Iran's attempts to cut the country off from the internet. "They're essentially bombing themselves into the stone age technologically," Schmidt said.

But he said such efforts will ultimately prove fruitless. Phone-to-phone communications may soon become a means of creating a different sort of internet, working around attempted internet shutdowns.