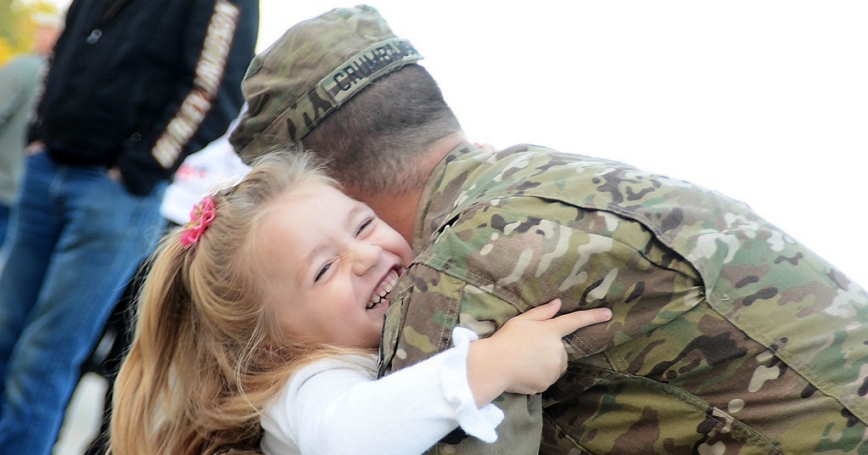 The effectiveness of the United States military depends on ensuring the well-being of its service members, veterans, and their families. Uncertainty surrounding deployments, long work hours, and separation from loved ones causes significant stress on military personnel and families, and has negative effects on the retention of key personnel. Earlier this month, President Barack Obama praised the families of the nation's armed forces when he again proclaimed November to be "Military Family Month."

RAND is a resource for research and policy recommendations that address the challenges faced by military members, spouses, and their children. Its researchers have worked to remove obstacles from the paths of returning veterans, studied the effects of deployment on military households, and evaluated the quality and cost-effectiveness of Department of Defense health-care—one of the largest health-care organizations in the nation.

Using funds contributed by donors, and the proceeds from client-funded research, RAND researchers conducted a comprehensive study of the mental health and cognitive needs of U.S. service members returning from Afghanistan and Iraq. This analysis of the so-called "invisible wounds of war" is intended to help overcome health and employment problems that hinder veterans' reintegration into civilian life.

Other research has studied the less obvious challenges faced by military families. The Department of Defense asked RAND to study the impact of parental deployments on children's academic performance. Researchers found statistically-significant indications of modestly lower achievement scores across home state, rank, and gender lines, and offered recommendations to better meet the needs of these children. A separate study compared the total earnings of military servicemembers and their spouses to civilian couples, and suggested ways to address the differences between them.

As the goals and composition of modern armed forces change, RAND will continue to advise policymakers on ways to improve the lives of the nation's service families.

An economist whose work has focused on demand for TRICARE, maintaining the operational readiness of Department of Defense medical providers, and the economic costs of mental illness resulting from exposure to combat.

An associate policy researcher who has studied access to and quality of behavioral health care services and psychological health programs in the Department of Defense and the Veterans Health Administration.

Director of the Army Health Program and a senior social scientist whose expertise is in manpower and personnel, military families, military quality of life, systems dynamics simulation modeling, and qualitative research methods.

An economist and director for research in the RAND Institute for Civil Justice, with expertise in military enlistment, attrition and reenlistment.

A senior economist with expertise on defense manpower; he has published studies in the areas of recruiting, retention, compensation, deployment, and personnel quality.

A senior behavioral scientist and clinical psychologist with expertise in child and adolescent mental health problems, including depression and reactions to violence exposure, such as post-traumatic stress disorder.

The associate program director of Army Health whose research areas include families and children (both civilian and military) and defense manpower issues.

A behavioral scientist focusing on psychological effects of trauma (including combat), violent behavior, and alcohol and drug use.

An associate policy researcher focusing on education; she is the author of "Service Members in School: Military Veterans' Experiences Using the Post-9/11 GI Bill and Pursuing Postsecondary Education."

Focuses on the psychological and behavioral effects of combat, terrorism and disasters; public health emergency preparedness; and risk communication. She is co-leader of the study "Invisible Wounds of War."

A senior natural scientist; she most recently was the lead author on the RAND evaluation of the cost and quality of behavioral health care services for seriously mentally ill patients in the Veterans Health Administration.

Associate director of RAND Health and can discuss how the U.S. Military is addressing the mental health needs of service members.

A management scientist with expertise on the deployment experiences of guard and reserve families.

Director of the Forces and Resources Policy Center within RAND's National Security Research Division; he is an expert in defense manpower and specifically the deployment and reintegration related issues facing Reserve Component members.