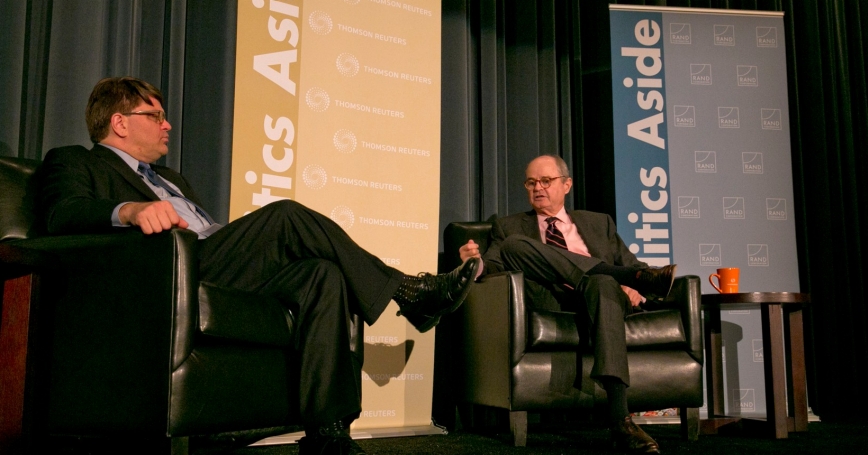 Amb. James Dobbins (right), director of the RAND Corporation's International Security and Defense Policy Center, said he is skeptical of some of the foreign policy predictions made by President Obama and Gov. Romney during the presidential campaign.

"Personally, I think we're not going to attack Iran, and we will become involved in Syria," Dobbins told Reuters.com editor James Ledbetter (left) during the opening session of the RAND Corporation's Politics Aside event Thursday evening. That's not what the candidates said in their last debate, he said, but "events are moving in that direction."

Looking back on the Iraq and Afghanistan wars, Dobbins said it was clear that certain clear objectives had been attained. Afghanistan is no longer a platform for terrorist plotting—or at least it has had to go deeply underground—while Iraq is no longer a threat to its neighbors.

The question, Dobbins said, is whether the wars amounted to the most cost-effective means of pursuing those goals. "You could argue that the number of people killed and the money spent was more costly than suffering a 9/11 every decade," he said.