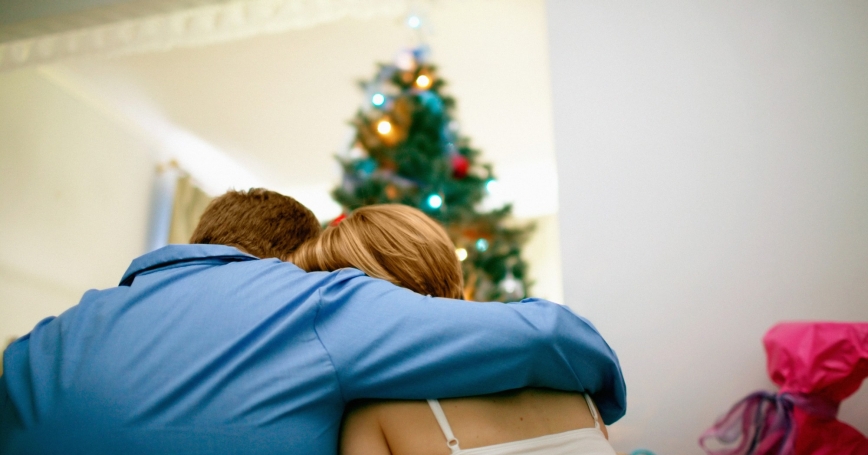 I began studying suicide in the military in 2008 and since that time, the number of American men and women in uniform who have taken their own lives has continued to rise. USA Today reported this week that approximately 323 service members have died by suicide this year—the highest it has been in the past decade. I have written before on what is needed to prevent military suicides. Key among these recommendations are removing the institutional barriers that prevent military personnel from seeking professional mental health counseling and considering creative ways to restrict access to firearms and ammunition.

Today, however, I would like to reflect not on preventing suicides but on the nation's need to support the families of those who take their own lives. As Americans celebrate the love and support of their families and friends in these weeks between Thanksgiving and the winter holidays, it is a bittersweet time for my family. We will be celebrating for the first time without my father, who died after undergoing surgery in October. Although the circumstances are not equivalent, the shadow of my family's loss reminds me that this season will be especially tough for the parents, siblings, children, grandparents, friends, and colleagues of the 323 men and women in uniform who have died by suicide this year. (The sad truth is that this number is actually a low estimate; it does not include members of the reserve and National Guard, nor does it include veterans who are no longer serving in the military.) These will be the first holidays they will spend without their loved ones.

The Department of Defense, the Veterans Administration, and many other organizations provide some resources for these families. The DoD's Casualty Assistance Office walks families through the necessary procedures after a service member dies. Organizations like TAPS (the Tragedy Assistance Program for Survivors) fill another critical role by offering counseling support and holding annual "good grief camps" specifically for families and friends who have lost a military member to suicide. But to echo the theme of my RAND Blog post on the rise in military suicides earlier this year, what role do the rest of us have to support these families in our own communities?

During the course of my research, I have met with many of those personally touched by suicide. They may be offended by the notion that their loved ones were not "resilient," confused about why their communities treat their loss differently from those who have died by other means, or left feeling guilty, wondering whether they may have been able to prevent the death. But I have learned that the emotion all of these families and friends share is a profound sense of sorrow and loss. So while many of these families fight for honor and respect from the DoD or support from the VA, the comfort that they need will not be provided by either institution, nor should it be. Rather, it is up to us—as their neighbors, coworkers, teachers, and students—to shower these families with the love and support they need and deserve.

My father was the strongest advocate of my research, and I miss him. However, it is my memories of him and the support of those around me that drive me to continue my own efforts to prevent military suicides. I know that we could go even further in this effort if we learn from those who have suffered such losses, but this will happen only if we stand up and offer them our support.

Rajeev Ramchand is a behavioral scientist at the nonprofit, nonpartisan RAND Corporation.