The Diplomatic Power of Art 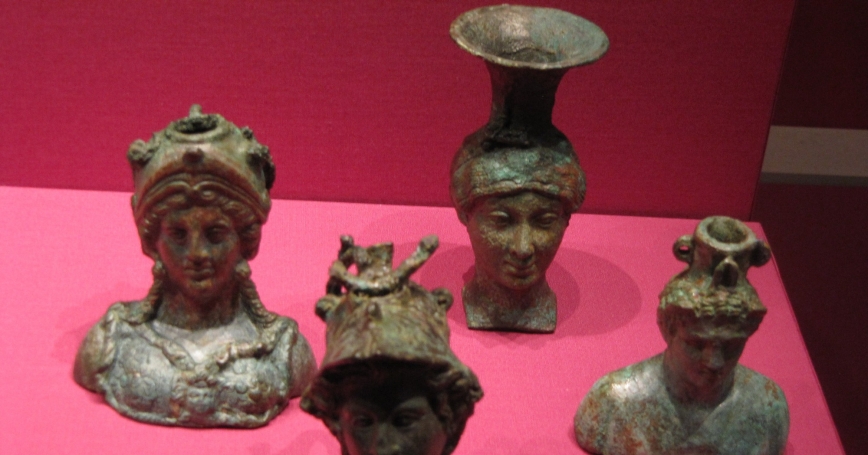 bronze vase and scale weights from the National Museum of Afghanistan

Even as cultural property faces immediate peril today in conflict zones like Syria and Mali, there is anecdotal evidence that some nations are awakening to the diplomatic and foreign policy benefits that can flow from the repatriation of cultural patrimony.

While on a different scale from World War II, historic structures, religious monuments, and other priceless antiquities continue to suffer collateral damage and exploitation in armed conflict. Antiquities have been stolen, smuggled and sold in what is a reported multibillion dollar underground market. They have become the illicit prizes of private collectors and the subject of legal claims against museums.

So it goes in Syria, where wartime damage to World Heritage Sites, such as Krak des Chevaliers, seems intractable. In northern Mali, too, religious strife has brought ruin to centuries-old, historic shrines in Timbuktu. Where is the constructive potential of cultural property?

Some nations are beginning to exploit the power of antiquities as diplomatic and foreign policy tools outside of armed conflict. In 2010, Peru came to an understanding with the Peabody Museum at Yale University over Inca artifacts that had been the subject of dispute for nearly a century. More recently, the planned return of smuggled sarcophagi from Israel to Egypt reflects the strength of cultural property as a medium for cooperation between nations of conflicting ideologies.

Admittedly, cultural property also can complicate foreign relations. The disputed ownership and possession of the bust of Nefertiti has caused tension between Egypt and Germany for nearly a century. The case, however, remains a viable opportunity to strengthen relations between the two nations.

Turkey continues to up the political power of cultural property by withholding loans of objects until foreign museums fulfill requests for repatriation. As in return of the "Lydian Hoard" from the Metropolitan Museum of Art in New York in the 1980s, Turkey is seeking the return of cultural patrimony—objects that hold traditional or historical significance for the heritage of a group or nation—as exhibits for a planned "super museum" in Ankara. In the process, Turkey has confronted renowned museums in England, France, Germany, and the United States.

Nigeria also has a history of succeeding in repatriation. In August, AllAfrica reported that the director general of the National Commission for Museums and Monuments reiterated the resolve of the nation to secure the return of Benin Bronzes that remain abroad. Other nations may draw inspiration from the successes, as the problem of smuggling in stolen antiquities remains a persistent one.

The arrest of Subhash Kapoor last year exposed a history of smuggling of Indian artifacts and sale of stolen objects to museums in Europe, Canada, Australia, and the United States on a multimillion-dollar scale. In August, The Times of India reported on representatives of the Hindu community who made a global call for the return of illicitly acquired Hindu art. In July, Pakistani police seized a container of Gandhara artifacts in Karachi, uncovering a smuggling ring that may have supplied antiquities to collectors worldwide. In August, The News International indicated that academics in Mardan initiated an appeal to the federal government for the return of artifacts to the north-west province of Khyber Pakhtunkhwa.

The potential of an emerging trend toward repatriation may seem small in the face of the multidimensional threats, but it is increasing the strategic value of antiquities in diplomacy. As in the case of Peru, the United States government has demonstrated an interest in pursuing the return of artifacts to "source nations." Since February, for example, U.S. authorities have been working on behalf of Cambodia to reclaim a statue of a mythical warrior that had been scheduled for auction in New York.

The United States is not alone among "collecting nations" in following this trend. In the United Kingdom, British border police regularly intercept illicitly imported cultural property, such as artifacts from Afghanistan. In August, the British Museum played a role in returning hundreds of antiquities to the National Museum in Kabul.

Proactive repatriation on the part of collecting nations demonstrates the significance of cultural property in foreign policy. There are implications for the private sector, too. As museums and auction houses take on roles as agents of diplomacy, private collectors may reflect on their own engagement in foreign relations. Museum directors and owners of private collections can wait to be challenged on the provenance of artifacts of foreign cultural heritage—or realize an opportunity for strengthening relations with the source nation.

Erik Nemeth, formerly with the Getty Research Institute in Los Angeles, is a trustee of the Association for Research into Crimes against Art and an adjunct international security policy analyst at the nonprofit, nonpartisan RAND Corporation.

This commentary originally appeared on U.S. News & World Report on November 15, 2012. Commentary gives RAND researchers a platform to convey insights based on their professional expertise and often on their peer-reviewed research and analysis.