The Paradoxes of China 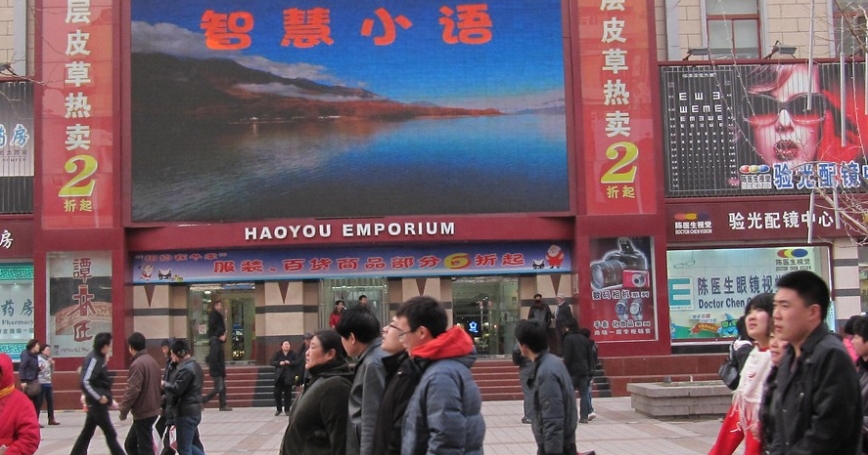 China, on the cusp of a major leadership transition, has cropped up only sporadically in our presidential campaign. The candidates, in their occasional comments on our largest lender and trading partner, seem only to vie with one another in how "tough" each will be. But "toughness" is not a policy.

China is rife with paradoxes. They include paradoxes of class, foreign aid, military spending, and corruption. Whether and how they are resolved will seriously affect the evolution of policies within China, as well as its future relations with the United States.

In principle and doctrine (Mao, Marx), communism in China aspires to a classless society. In practice, it is formally stratified into a multitiered hierarchy of specified classes. The 27 tiers encompass not only government officialdom, but the Communist -party's 83 million members as well: At the middle and higher levels, most government officials are also CPC members. The defined classes extend to state-owned enterprises (SOEs), the military's upper reaches, and such public services and NGO entities as hospitals, schools, and research institutes. Since Jiang Zemin called for eligibility for CPC membership to businessmen and businesswomen, the stratification encompasses some from the private sector as well.

The classes are also sharply differentiated by the honorific conferrals that accompany them. The rarefied top reach of Class 1 is thinly populated by the party general secretary (who also is China's president and chairman of its Central Military Commission) and several of the other eight members of the Politburo's Standing Committee, including the premier and the chairman of the National People's Congress. Class 2 includes the vice president and deputy premier, other members of the Politburo, and the first vice chairman of the People's Congress. Classes 3 and 4 include members of the Central Committee and the State Council, governors of major provinces and of megacities like Beijing, Shanghai, and Chongqing. As a rough approximation, these top four classes correspond to what was referred to in the bygone Soviet Union as its nomenklatura; in China, they have some of the trappings of royalty.

China's remaining classes are filled in descending order by government leaders of smaller provinces and cities, and by the lower-level officials and CPC cadres who occupy the remaining tiers of the class pyramid.

The system provides for meritocratic mobility among the classes, although an element of legacy intrudes in this process. For example, the so-called princelings—children and relatives of previous top-tier leaders—often inherit upscale status, quite apart from their merit. The recent Bo Xilai-Gu Kailai-Wang Lijun scandal in Chongqing was replete with evidence of the legacy phenomenon.

How the paradox of a sharply stratified class structure juxtaposed with a principled doctrine of classlessness will resonate in an extensively networked and increasingly informed population of 1.3 billion people is a high-stakes "riddle, wrapped in a mystery, inside an enigma," as Churchill once said about Russia.

In recent years, China's annual worldwide foreign aid has been very large (more than China's officially reported defense budgets), concentrated on development of natural resources (fossil fuels, ferrous and nonferrous metals), and extended to 93 countries with exacting, "quid pro quo" conditions attached to the loans that require repayment in kind, and thus accord with the direct economic interests of the donor. Hence, China's aid has a distinctly "capitalist" character, in contrast to the more "philanthropic" aid extended by the "capitalist" West.

Most of this aid is financed by subsidized loans from the China Development Bank, its Export-Import Bank, and the China-African Development Fund. These sources are supplemented by technical and financial support from major SOEs that have natural resource development interests. Formal management responsibility for China's foreign aid resides in the Ministry of Commerce.

Loan agreements accompanying foreign aid projects typically stipulate that commodities produced by the natural resource projects will be exported to China, that the lending institutions establish escrow accounts into which the revenues from these exports are deposited, and from which the lending institutions withdraw interest and principal for debt servicing and for fees and other payments due to contractors.

"Liberals" in the China context are those who favor economic reform with a dominant role for market-based pricing and market-based resource allocation, and who seek to reduce central planning and government control. "Conservatives," on the other hand, favor increased reliance on state enterprise, central planning, and protectionism, and diminished reliance on markets.

Members and adherents of the Communist party of China confront two sharply divergent views of corruption—defined as officialdom's use of public authority to extract personal profit at the expense of the public good.

Mao Zedong viewed the practice permissively, if not dismissively. He analogized strict efforts at curtailing corruption to trying to "squeeze out all the toothpaste" from the tube: not likely to succeed, and not worth the effort. At moderate levels, he viewed it as a peccadillo, and perhaps a lubricant for the smooth functioning of the system. According to Mao, "among those whose labor is good, no (corrupt) label should be given," and rehabilitation should be quick and easy.

A sharply different view is advanced by others, including some in the upper levels of the hierarchy referred to in the above discussion of the class paradox. They see the conspicuous rise in corruption as a threat to the party's "legitimacy" and its continued monopoly on political power. Furthermore, some of those holding this view worry that as long as the state plays a major role in the economy, corruption will grow. Consequently, they favor greater reliance on the private sector and freer markets, and sharp reductions in the state's economic power.

The paradoxes that pervade the China scene are deep, abiding, and, in some cases, counterintuitive to Western thinking. Still, when it comes to assessing the complexities of U.S.-China relations, the paradoxes should be an important part of the calculus—indeed, more important than reiterated "toughness."

Charles Wolf Jr. holds the distinguished chair in international economics at the RAND Corporation and is a professor of policy analysis at the Pardee RAND Graduate School. He is also a senior research fellow at the Hoover Institution.

This commentary originally appeared in The Weekly Standard on November 5, 2012. Commentary gives RAND researchers a platform to convey insights based on their professional expertise and often on their peer-reviewed research and analysis.