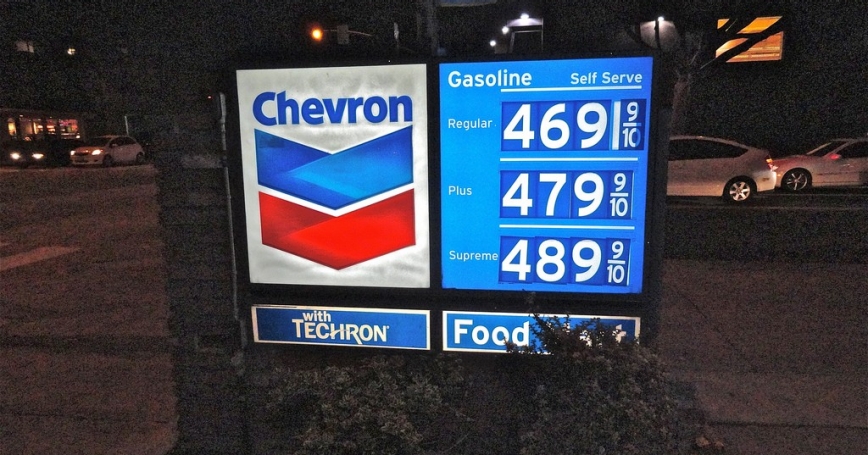 In the second debate between President Obama and Governor Romney, the two repeatedly sparred over energy policies, with President Obama supporting an "all of the above" policy while Governor Romney pushed for more production of fossil fuels. Both candidates glossed over two issues: the myth that independence from imported oil will reduce gasoline prices and the policies that will be needed to reduce greenhouse gas emissions and temper climate change.

The United States is a major exporter of coal and is self-sufficient in natural gas. Over the last several years, imported oil as a share of total U.S. consumption has dropped from 60 to 45 percent because of more domestic production and less consumption. U.S. output of oil and liquids from natural gas is up 18 percent since 2008. More fuel-efficient cars and trucks, due in part to the Obama administration's decision to raise fuel-efficiency standards for cars and light trucks, have curbed consumption of gasoline and diesel.

But even if the United States becomes self-sufficient in oil, U.S. consumers should not expect relief at the pump. Canada is a major oil exporter, but the price of gasoline in Vancouver is virtually the same as in Seattle.

As Californians know well, gasoline prices jump when refineries and pipelines break down. Labor strikes in Venezuela, turmoil in the Persian Gulf, and pipeline attacks in Nigeria also send up prices of crude oil and gasoline. Although these price shocks eventually subside, the rise in gasoline prices over the last decade has been driven by higher demand for oil in developing countries, not from the United States. China has supplanted the United States as the world's No. 1 car market.

In the face of rising demand from developing countries, no U.S. president will be able to dramatically affect U.S. prices of gasoline. Despite recent increases in domestic production, the U.S. accounts for only 12 percent of global oil production. Even if U.S. output expands dramatically, the prices U.S. drivers pay for gasoline will still be dictated by the world market.

The candidates have also failed to debate the challenges to our health and livelihoods posed by a changing climate. Repeated droughts, like the one last summer, would severely reduce U.S. harvests. Extended periods of high heat threaten people, livestock, power plants, and buildings.

Science has clearly linked rising global average temperatures to higher concentrations of heat-trapping greenhouse gases in the atmosphere. Carbon dioxide from burning fossil fuels is the most important of these gases.

The good news is that a shift from coal to natural gas and improvements in energy efficiency have resulted in significant recent reductions in U.S. emission of greenhouse gases. Less happily, slower economic growth has contributed to less energy use as well. However, these trends can be reversed.

Ignoring the connection between the fuels we burn and the changing climate we already can observe is an expedient short-term dodge to a perilous long-term challenge. Despite the absence of climate change from the debate, for the long-term economic and environmental health of the country, the next administration will need to more aggressively pursue measures to cope with the costs and challenges of climate change already underway and the imperative of reducing greenhouse gas emissions.

Keith Crane is director of the Environment, Energy, and Economic Development program at the nonprofit, nonpartisan RAND Corporation.

This commentary originally appeared in The Orange County Register on November 5, 2012. Commentary gives RAND researchers a platform to convey insights based on their professional expertise and often on their peer-reviewed research and analysis.